Fancying the idea of a flying hotel, the designer Jean Marie Massaud conjured up the future options for travel, the Manned Cloud! Bagging the award by the Design Observer 2008, the Manned Cloud is actually a flying hotel that will enable its commuters to indulge and experience spectacular and exotic places without being intrusive or exploitative. The whale-shaped airship, developed by Massaud Studio in affiliation with French national aerospace research body ONERA, will be able to accommodate 40 guests and have a range of 5,000 km. Two two-deck cabins will contain amenities including a restaurant, a library, a fitness suite, and a spa. Travelers can also take a sunbath on a sun deck on top of the double helium-filled envelopes. It will be a dream come true for many to live in the sky and watch the Earth from above. Hit the jump for more pics of this whale in the sky………….

It is estimated that the travelers can enjoy a non-stop round the world in 3 days, while staying in any of its 60 rooms as the Manned Cloud will have a cruising speed of 130 km/h and a top speed of 170 km/h. Since this behemoth gets its lift from helium, there’s not much danger of a fiery hydrogen explosion. 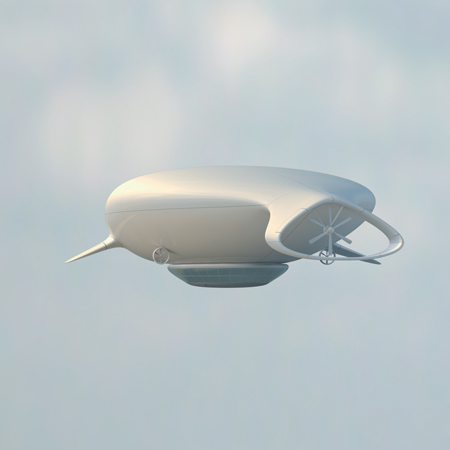 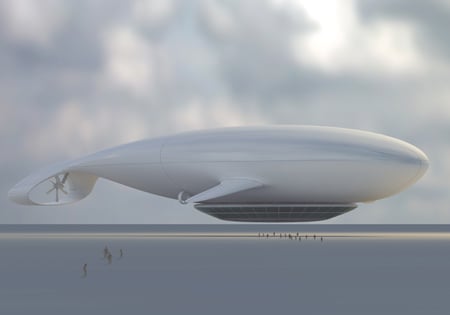