Whilst Amsterdam is famed for those travelling on a budget, with a number of quirky hostels and Dutch street food stands, the city has plenty to offer the more discerning visitor as well. From designer shopping and organic Michelin restaurants, through to indulgent spas and private canal tours, we take a look at how to spend a luxurious 24 hours in Amsterdam. 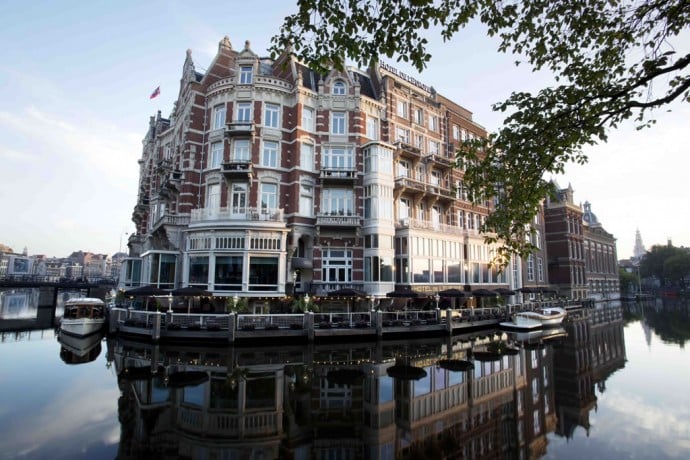 Awaken
Start the day right by waking up at the De l’Europe hotel, located on Nieuwe Doelenstraat 2-14. For all-out extravagance stay in one of the new suites in the Dutch Masters Wing, complete with prestigious artwork and unique architecture. For added privacy, choose one of the loft-like suites which separates the bedroom from the foyer and living room with sliding glass doors. Suites include the latest technologies with an iPad for guests to use, iPod docking station, Bose sound system, gently heated floors, subtle motion-detecting floor lighting and bath mirrors with built-in televisions. An oversized marble and mosaic bathtub and separate rain and hand-held shower heads complete the luxurious amenities. 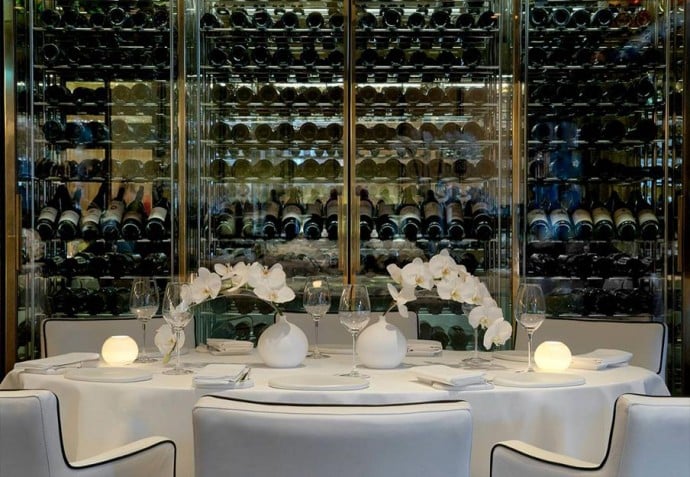 Breakfast
The De L’Europe has its own two star Michelin restaurant Bord’Eau, directed by Executive Chef Richard van Oostenbrugge, who was announced by Gault Millau as ‘Chef of the Year’ in 2014. Whilst Bord-Eau is the perfect place to experience an evening meal (with impeccable service, sublime food and a flawless wine cellar), a sumptuous breakfast can be found at the hotel’s Hoofdstad Brasserie. If you prefer to get out into the city straightaway, then head to the gourmet coffee bar called ‘Scandinavian Embassy’ – a hidden gem in Amsterdam’s De Pij district, close to Sarphatipark. This Nordic eatery simply has the best coffee in the area, (with barista Nicholas winning Sweden’s 2013 Brewers Cup Champion and Swedish Chef Rikard creating some of the best poached eggs you’ll ever eat). See a full review of Scandinavian Embassy on Awesome Amsterdam. 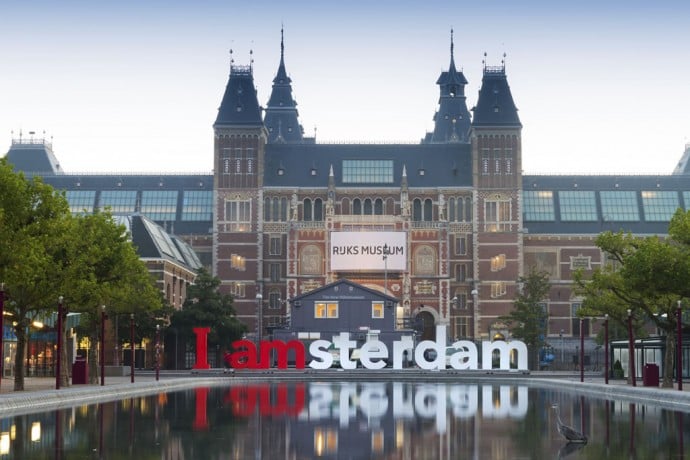 Sightsee
Use the morning to take in the best of Amsterdam’s cultural sites:

· The Rijksmuseum first opened its doors in 1800 under the name ‘Nationale Kunstgalerij’ and has since developed and grown into one of the most important museums of art and history in Europe. Highlights of its extensive Dutch and Asian collection include Van Gogh’s self-portrait, Carel Visser’s Eight Stacked Beams sculpture and Fra Angelico’s Madonna of Humility.

· Anne Frank’s house, where she wrote her famous diary during World War II, is located in the centre of Amsterdam. Quotations from the diary, historical documents, photographs, film images and original objects that belonged to those in hiding illustrate the events that took place here.

· The Maritime Museum (Het Scheepvaart Museum) is a captivating place to visit, with a 17th century sail ship in its quay, modern multimedia attractions and a rich collection of fine paintings, old maps and remarkable ship models – a fantastic place to understand the history of the Netherlands and its people. 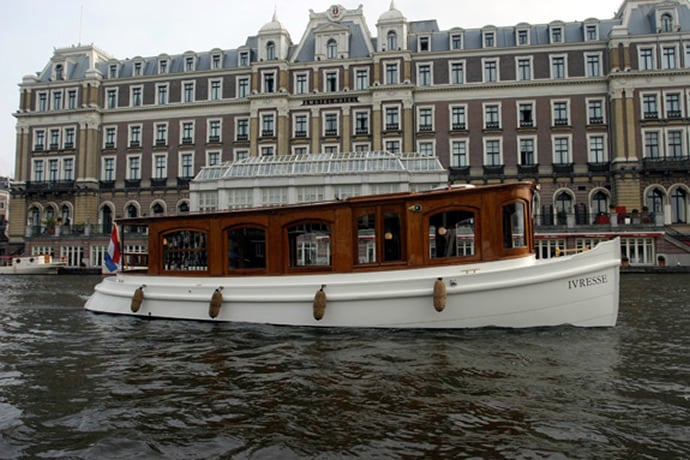 High tea on the canal
Combine some afternoon refreshment with a private boat tour on Amsterdam’s famous canals. The Saloon Boat Paradis is available for private hire, offering high tea catering in the afternoon which includes salmon and cucumber sandwiches, mini scones and macaroons and champagne. The Paradis is navigated by a professional captain who will also act as your guide and educate you about the glorious history of Amsterdam. 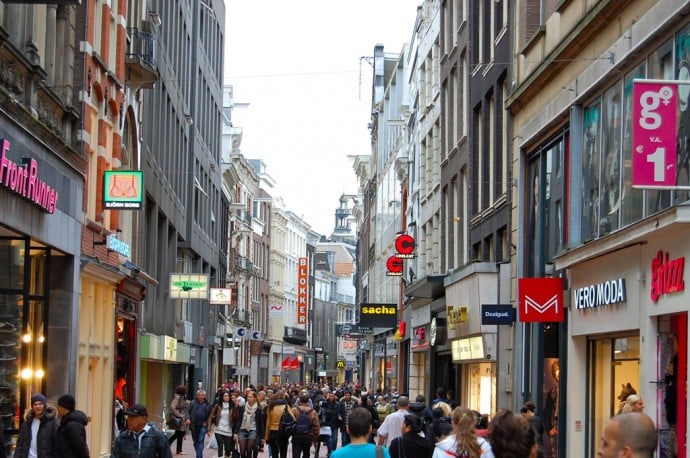 Shopping & Spa
In the afternoon indulge in some retail therapy in the Nine Straatjes shopping area, where you’ll find exclusive boutiques such as Donne Fiera and Goods as well as vintage stores and a decent variety of luxury gift shops.

Take the weight off your feet with a treatment at the Sento Spa and Health Club, found at Marnixplein 1, just on the western fringe of the historic Jordaan district. Detox in the sauna and rain shower, take a Dynamic Yoga class and relax with a hot stone massage and facial treatment. The spa has a rooftop terrace with spectacular views of Jordaan, the perfect place to grab an energising green tea or coffee to prepare you for your evening out. 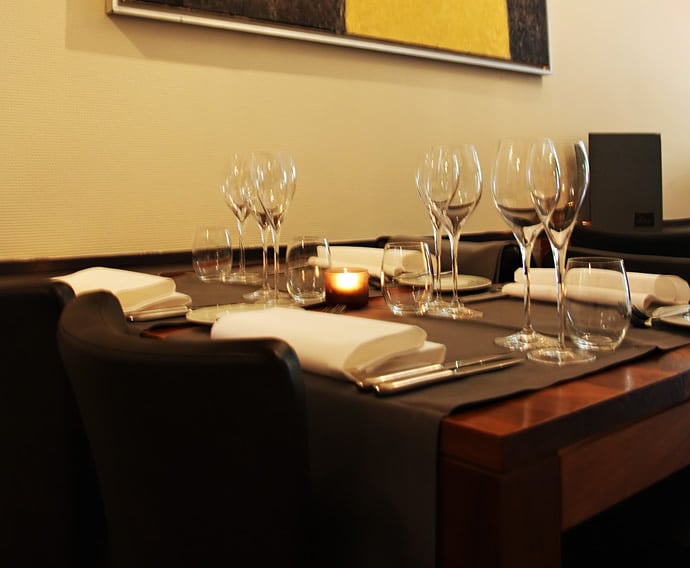 Dine
Awarded a Michelin star in 2012, Restaurant Lastage is located in a lovely canal building on Geldersekade 29. The restaurant has a wonderfully friendly and enthusiastic team who will provide you with an unforgettable experience in a relaxed and intimate setting. Chef and owner Rogier Van Dam has created an unimpeachable menu which reflects both Van Dam’s classical French training and northern Dutch attitude. Seasonality, tradition and simplicity all contribute to the dishes served at the Lastage and a typical menu includes dishes such as:

· King crab and pulpo with fenugreek, tomato, avocado and Gandaham 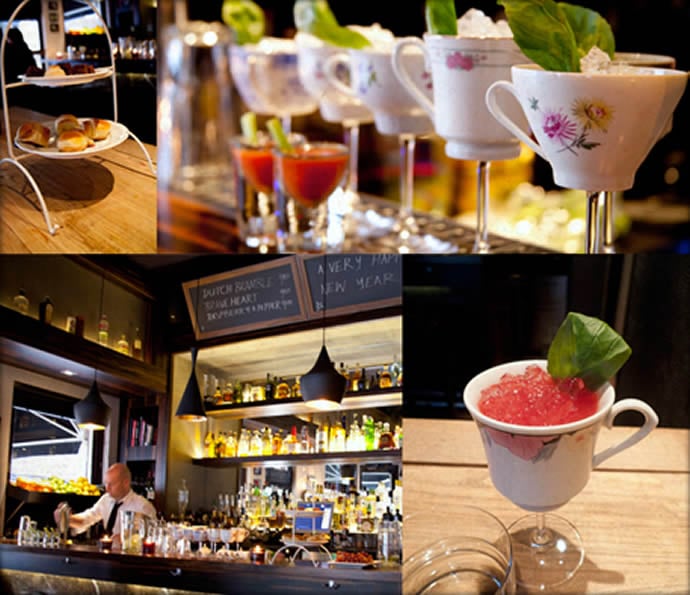 Evening entertainment
After dinner, grab a cocktail at the Bond-themed Vesper Bar on Vinkenstraat in Jordaan. This elegant cocktail bar’s mixologists have a menu of creative drinks as well as James Bond memorabilia. The Vesper Martini, as dictated by 007, is made from “three measures of Gordon’s Gin, one of Vodka, half a measure of Kina Lillet. Shake it very well until it’s ice-cold and then add a large thin slice of lemon peel.” Other options include the exquisite Red Moon, made from Tanqueray gin, Noilly Prat dry vermouth, a splash of homemade Port syrup, a spoon of pear marmalade, a dash of grapefruit bitters and finished with star anise foam.

For an evening of sophisticated entertainment, head to Muziekgebouw aan ’t IJ on Piet Heinkade 1. It’s a relatively new addition to Amsterdam’s music scene but has fast become one of the most important concert halls in the Netherlands. Located in the former Eastern Docklands, it showcases everything from classical, opera and jazz to modern world music. See their upcoming program here.

Tags from the story
Amsterdam