Mobile Art, as the name suggests is exactly that, a mobile piece of art. Designed by the renowned London architect Zaha Hadid and will occupy the Rumsey Playfield, midpark at 70th Street, from Oct. 20 to Nov. 9. It has toured different regions like Hong Kong and Tokyo and is headed later for London, Moscow and Paris. Chanel, the fashion brand, commissioned Ms. Hadid to create the traveling structure to house works by about 15 hot contemporary artists (the project include Sophie Calle of France, Sylvie Fleury of Switzerland, Subodh Gupta of India and the Russian collective Blue Noses). Each was asked to create a work that was at least in part inspired by Chanel’s classic 2.55 quilted-style chain handbag, so named because it was first issued in February 1955. What marks this so-called great art movement of sorts is the handbag’s 50th anniversary in 2005, when Chanel’s designer, Karl Lagerfeld, issued a new version of the purse. Coming back to central park, admission to the exhibition in Central Park will be free, although visitors are advised to book timed tickets at chanel-mobileart.com. From what we hear on condition of anonymity, the fashion house was donating a sum “in the low seven figures” to the Central Park Conservancy. Chanel will also pay the city a “use fee” of $400,000.

The designer Ms. Hadid said that even though she has not yet designed a permanent building in New York, she liked the idea that the pavilion “lands, creates a buzz and disappears.”
The challenge, she said, was to create a pavilion that was both visually compelling and could be easily transported. Each piece had to fit together like a giant jigsaw puzzle. This 7,500-square-foot doughnut-shape structure with a central courtyard is surely creating a lot of buzz with an amazing look all thanks to the computer-generated lighting casts a rainbow of colours around the base of the exterior that glows day and night. I would surely wanna pay the Mobile Art a visit as visitors entering the pavilion will be given MP3 players. I think when fashion and art come together, the result is for all to see! 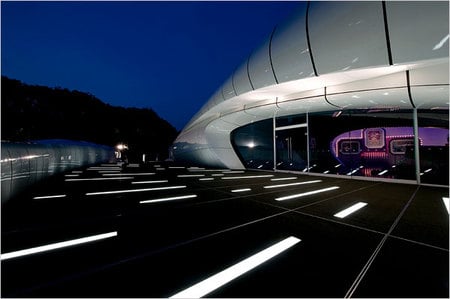 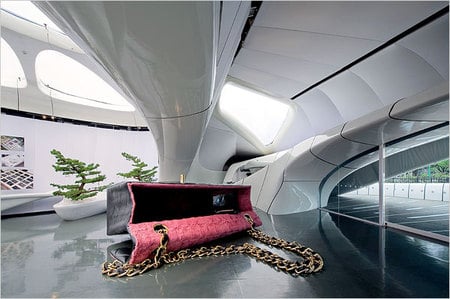 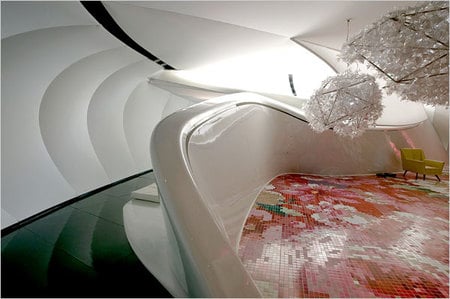 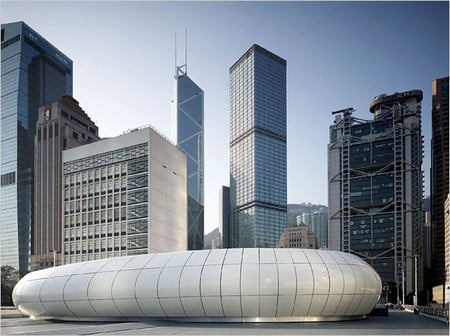