Recently, Etihad Airlines brought beauty to their ad campaign for their A380 Residence Suites, using Nicole Kidman as their brand ambassador. Australian fliers Qantas Airways took a different approach, a non-human one! This week saw the Qantas Airways host 4 koalas in their first class while they were attended to by personal flight attendants. The fuzzy Australian natives almost looked comfortable and relaxed as they sat back in their cushioned seats and enjoyed the service of fresh eucalyptus leaves. The four koalas, named Paddle, Pellita, Chan, and Idalia got to experience this luxury service just before their flight to Singapore, which will be their residence for the next 6 months. The four are on a gift loan to the Singapore Zoo, to strengthen cultural ties between the two countries and also to celebrate Singapore’s 50th Independence anniversary. There may be plans for a more permanent residence for the timid animals once the zoo is more equipped to host an entire colony. 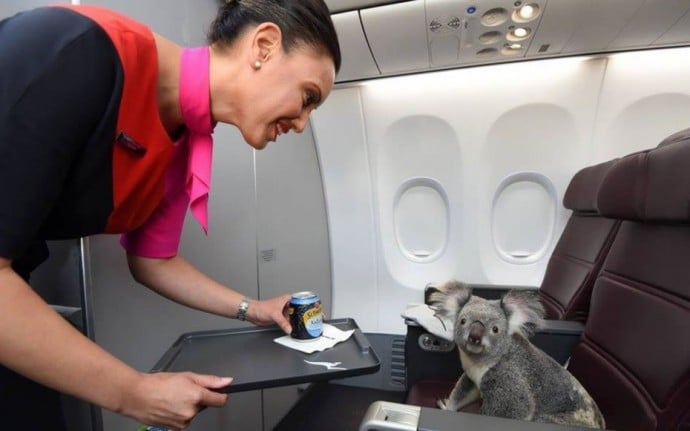 If the koalas were actually going to travel by first class, we would have actually bought ourselves plane tickets to Australia and back via Singapore. But sadly the photos were only for show; in reality the mini bear-like animals will be taking the trip to the Southeast Asian country in crates stored in cargo. They will however be receiving a royal delivery of fresh eucalyptus leaves from Australia twice a week, while they spend their days in the world-class habitat exhibit, built especially for them as cultural ambassadors.

READ:  The 11 best first class seats in the world and their ticket price - Beds, showers, designer amenity kits they have it all 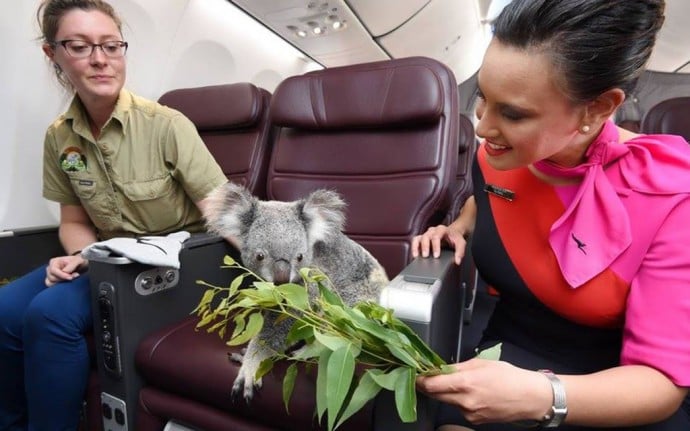 [Via – Travel and Leisure]

Arm candy of the week: Dior dishes out a stunner in the form of the new DiorTravel vanity case