Writer Ayn Rand once said, “I would give the greatest sunset in the world for one sight of New York’s skyline” – and who could blame her? As one of the most popular tourist destinations in the world, New York City attracts over 55 million visitors annually and is the subject of many poems, stories, songs, and movies. There is thus a widespread cultural fascination with New York City, and regardless of whether you are planning to move there or simply visit for a couple of days, the city is worth exploring. Every neighborhood has its own distinct culture, rich in history and filled with vibrant and fierce people.

However, if you’re interested in exploring the more sumptuous side of New York, there are must-see neighborhoods to add to your list and enjoy what they have to offer. Here are the top five wealthiest (and trendiest) Manhattan neighborhoods, ranked based on mean household income, you should visit and what attractions you can see in each neighborhood: 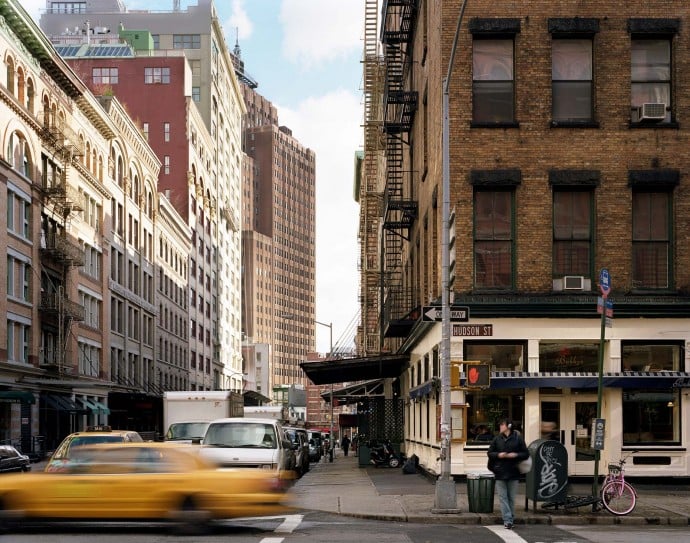 No 5: TriBeCa ($332,138)
Bounded by Canal Street, West Street, Broadway, and Vesey Street in Lower Manhattan and short for “Triangle Below Canal,” this neighborhood is the home of many famous celebrities like Beyoncé and Jay-Z, Gwyneth Paltrow and Chris Martin, and Robert De Niro.

Historically, TriBeCa is NYC’s first residential neighborhood turned commercial center. Now, the city is renowned for its old-school architecture and cobblestone streets, exciting nightlife, bustling art scene, and fabulous dining – not to mention the sprawling parks and picturesque views of the Hudson River.

What to do in TriBeCa:
Do you have a literary or artistic bent? Visit The Mysterious Bookshop, the most popular mystery specialty shop in the world, and stroll around the Let There Be Neon gallery, which has produced neon creations for the Victoria’s Secret Fashion Show and the Kiehl’s stores. If you’re around during the Tribeca Film Festival, typically held in April, try to get tickets or at least be in the area during the festival. In this neighborhood, the creative energy is practically palpable.

As for fine cuisine, there is plenty to choose from. Try Tribeca Grill, owned by actor Robert De Niro and his cohorts, which serves delicious dishes like braised short-ribs, succulent salmon tartare, and a large selection of fine rare wine. As for a high-class night out, visit Silver Lining, a 157-year-old townhouse transformed into a live jazz bar with truly excellent cocktails. 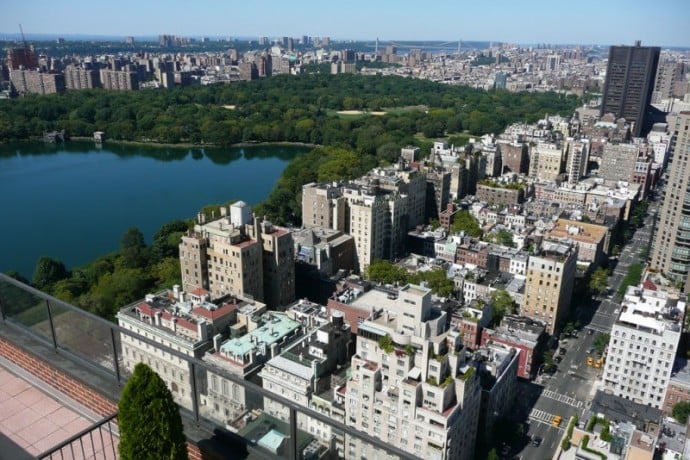 No 4: Carnegie Hill ($333,067)
Named after the mansion that famous steel industrialist Andrew Carnegie built on Fifth Avenue, Carnegie Hill is a posh neighborhood within the Upper East Side that is one of the most sought-after residential areas in Manhattan. With its Neo-Gothic mansions and tree-lined streets, the area hosts some of the most beautiful, historical architecture in the city.

What to do in Carnegie Hill
If you’re a history junkie or fall in love with buildings like I do, this neighborhood is the best place to visit. Named one of NYC’s Historic Districts in 1974, Carnegie Hill’s architecture is nationally renowned and well-preserved for tourists to come marvel at. Stop by and stroll along Park Avenue or 89th Street, where just one apartment building could cost up to $9 million!

Of course, you can’t go to Carnegie Hill without visiting its namesake, the Andrew Carnegie Mansion, located on 5th and 91st Street. Now, the mansion houses the Cooper-Hewitt, National Design Museum, which is part of the Smithsonian Institution. There, you can see historic and contemporary architectural designs.

As for local foods and haunts, take a look at the Conservatory Garden. Seemingly straight out of a story book, the garden is a sprawling six-acre formal garden with breathtaking design, 12-foot high jet fountains, and exotic blooming flowers. As you’re touring around the neighborhood, stop by Café Sabarsky in the Neue GAllerie for a quick snack, renowned for their authentic Austrian coffee and apple strudels.