Not many wineries have a story as interesting to quote as Dr. Julio and Amalia Palmaze, who now own a 100,000 square foot underground complex worth $20 million. The 55 feet high and 75 feet wide domed room has two elevators that shuttle wine barrels, workers, and visitors some 15 stories below. A large window separates dr—Palamaze’s subterranean office from an 8,000 square foot display of Porsche race cars’ collection. After taking a thorough glance at all the swag the high-tech workstation has to offer, a visitor rightly remarked, “It looks like NASA” But the splendor of the winery was established after resisting a series of overwhelming circumstances like unhappy neighbors, lawsuit filed by county officials and disapproval by state.

READ:  Dubai Fountain is world’s tallest and most expensive fountain

The Palamaze vineyards roughly produces 6000 cases of Cabernets and 1,000 cases of White wine every year, which sell from $32- $150 in restaurants, stores and by mail order. The Wine spectator marked their 2002 Cab as a ‘solid effort’ and their 2004 vintage as “trim and refined”, giving both an approving score of 89. 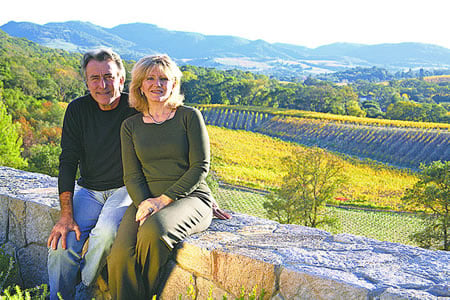 READ:  Quora answers - What are some of the lesser known perks of flying first class