Back in the 1990’s first class air travel may be lacking those shiny Dior kits and comfy Hermes nightwear, but it definitely did entail finesse and elegance. From well-dressed passengers who took flying very seriously to the graceful and stylish hostesses. And yes, silver service food trolleys graced the aisles while celebrity jetsetters posed by their private planes. Let’s take you through photographs at 30,000 feet from the 1930’s to the 1970’s. 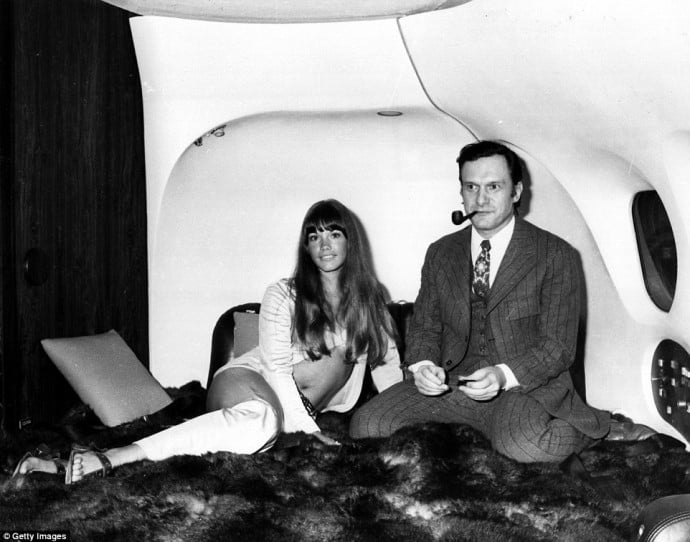 Here, you get a glimpse of Playboy’s infamous Hugh Hefner, grinning with his girlfriend Barbi Benton by his side, inside his plush customised aircraft aptly called ‘The Big Bunny’. 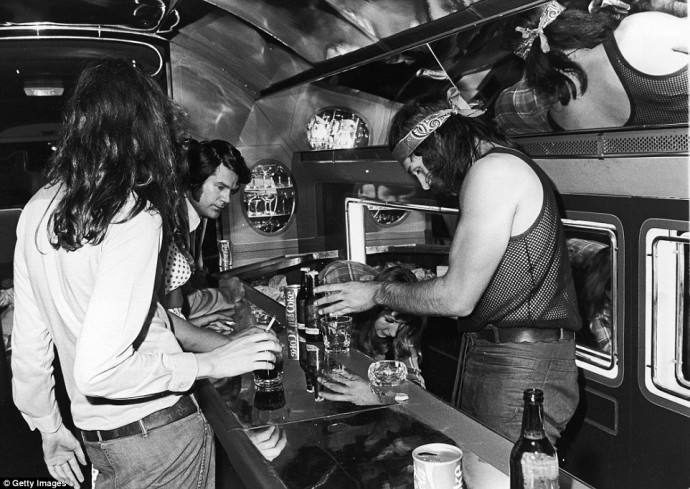 On-board bars are clearly not an innovation of the 21st century. Two bartenders stir up drinks at the bar on board the British rock band Led Zeppelin’s private jet. 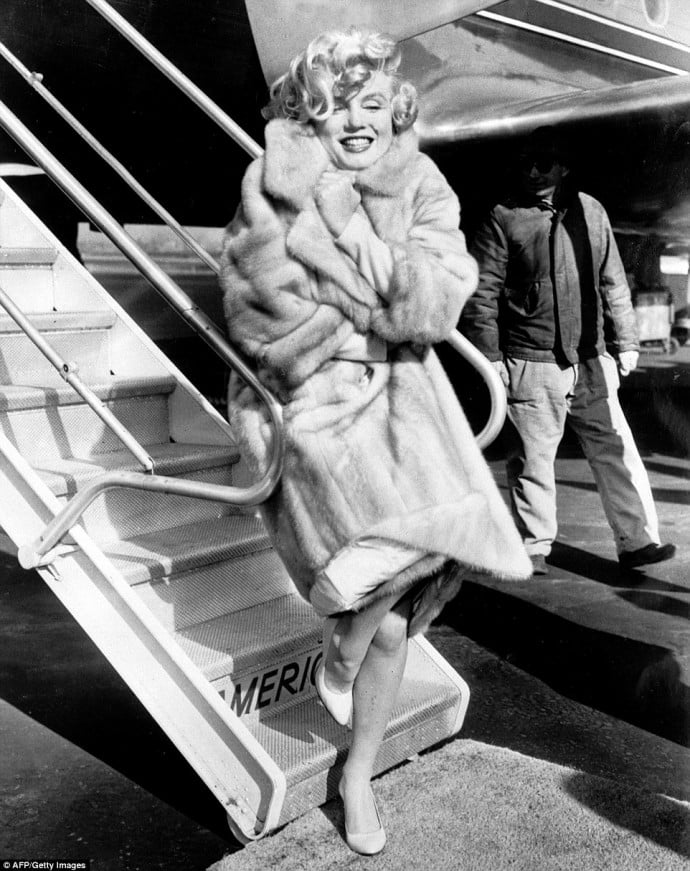 Clearly a favourite with the shutterbugs, American actress Marilyn Monroe poses at LaGuardia Airport before to flying to Chicago for the presentation of her film Some Like It Hot. 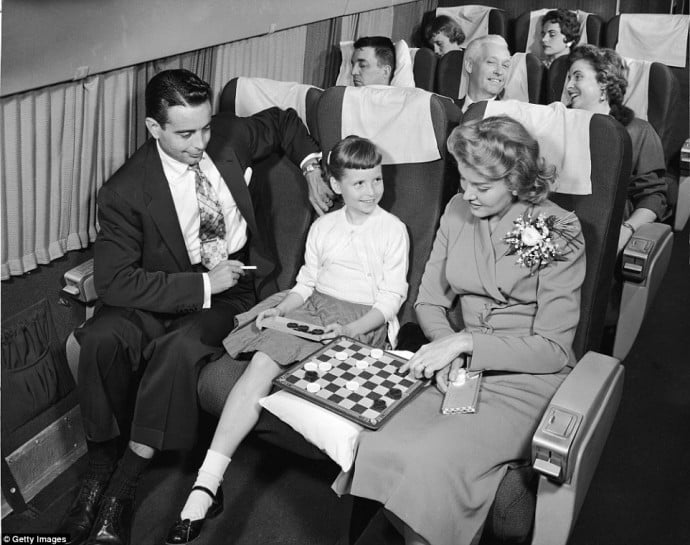 Taken sometime during the 1950’s this image provides an interior view of a commercial passenger plane. A woman contemplates a move in a checkers game while losing to a young girl. A man with a cigarette watches them. Clearly smoking rules were different back then! 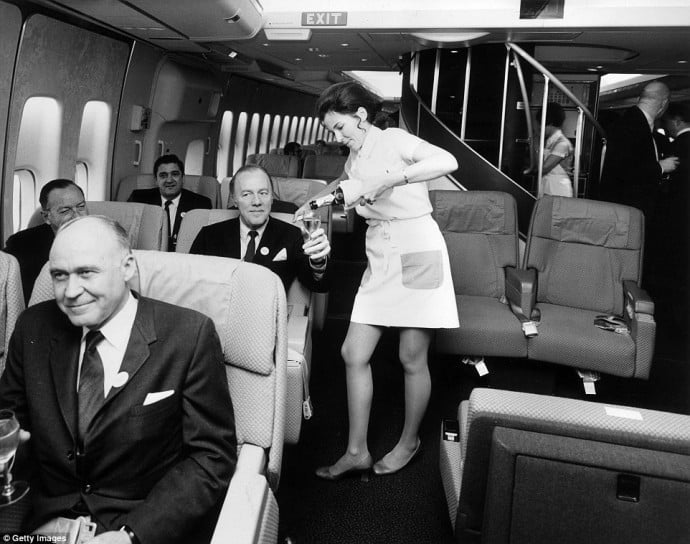 Drinking at 30,000 feet has been a trend formed over the decades. A Pan American (Pan Am) air hostess serving champagne in the first class cabin of a Boeing 747 jumbo jet 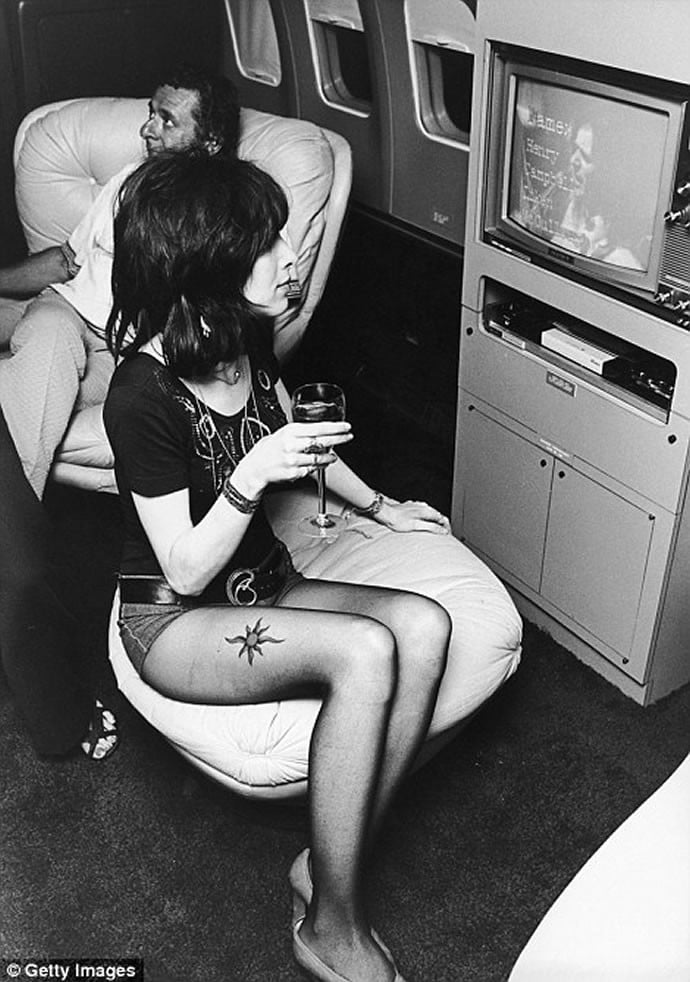 A young woman watches a video on board a private Boeing 720B airliner known as ‘The Starship’, which was used by Led Zeppelin on their North American tour in 1973, and right, a fashion shot of two women walking up a set of steps to an aeroplane, with a smiling stewardess, taken in 1960. 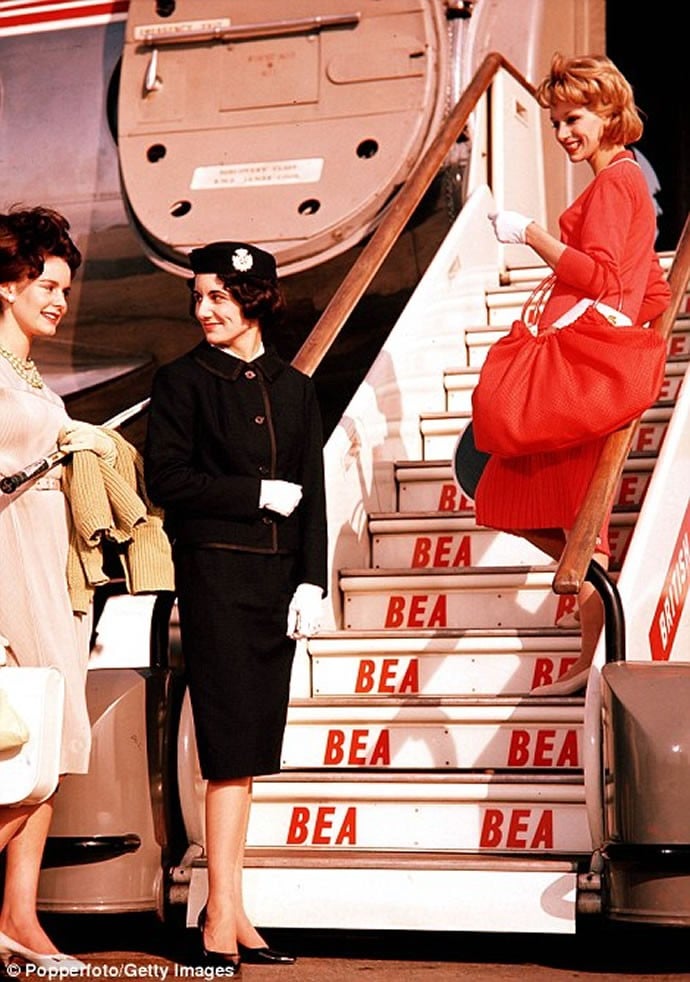 Used by Led Zeppelin on their North American tour in 1973, a private Boeing 720B airliner clearly made for private viewing. Right, a fashion shot of two women walking up a set of steps to an aeroplane, with a smiling stewardess, taken in 1960. 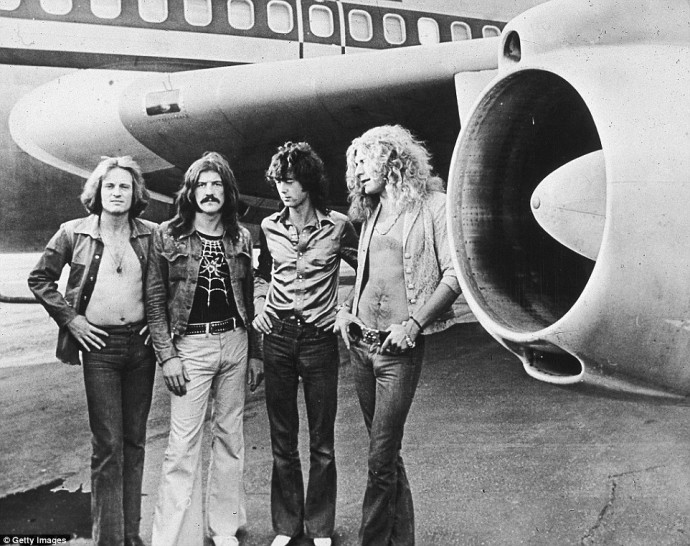 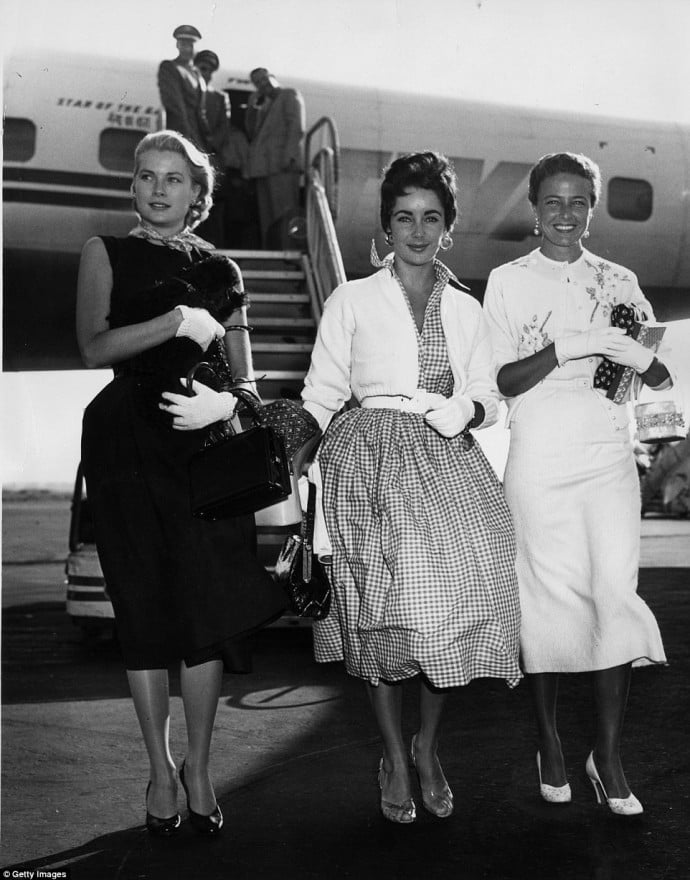 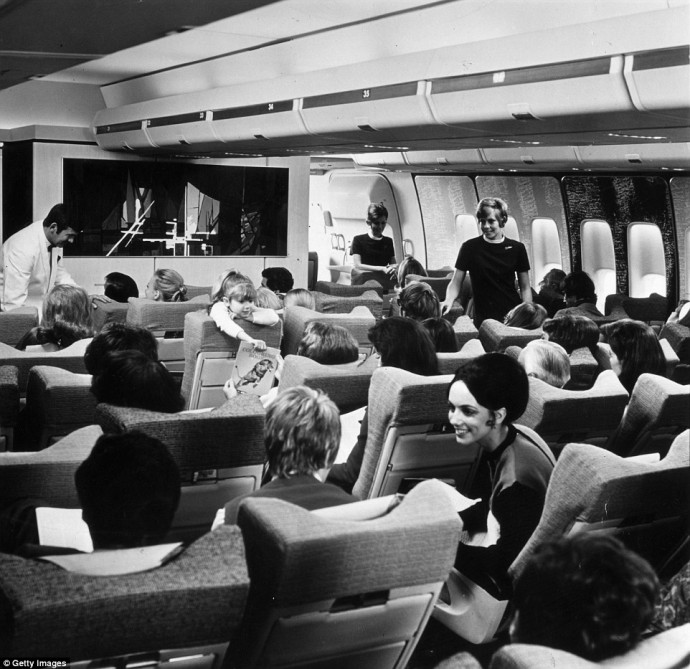 Imagine this in recent times; the atmosphere on board passenger planes of the past were a lot more relaxed than you may find today.