Interest in Chernobyl has spiked manifold after HBO aired the brilliant miniseries on the accident. So much so that any are actively planning to visit the site. But what is it actually at ground zero and more so is it safe. Ryan answers

The first time I saw photos of the abandoned towns of Chernobyl Nuclear Disaster (April 1986) and Pripyat Ukraine I was floored by its overwhelming sense of being frozen in time. I have been stalking the website englishrussia.com for a few years always hoping for more photos from inside the exclusion zone. Earlier this year I made my dream of seeing this magical place a reality.

The process of going to Chernobyl was pretty straightforward. However, I have recently read that the Ukrainian government is no longer letting foreigners just waltz around a nuclear disaster. I had 100% freedom to do just that. Waltz around Pripyat. There is no way, in a million years, that this sort of thing would fly in the US. Wandering through abandoned schools and radioactive buildings is probably right up there on Occupational Safety and Health Administration (OSHA)’s list of “WTF”

When I went I basically just needed to hire someone who has access to the exclusion zone. At the time there were many resources and tour guides to make the process a breeze. There are even entire online communities of hobbyists who basically plan trips to the zone. All of this may not be mute if the government has taken over to control tourism into the zone.

Radiation levels in front of the reactor. Normal ambient radiation should be around 0.23 μSv/h 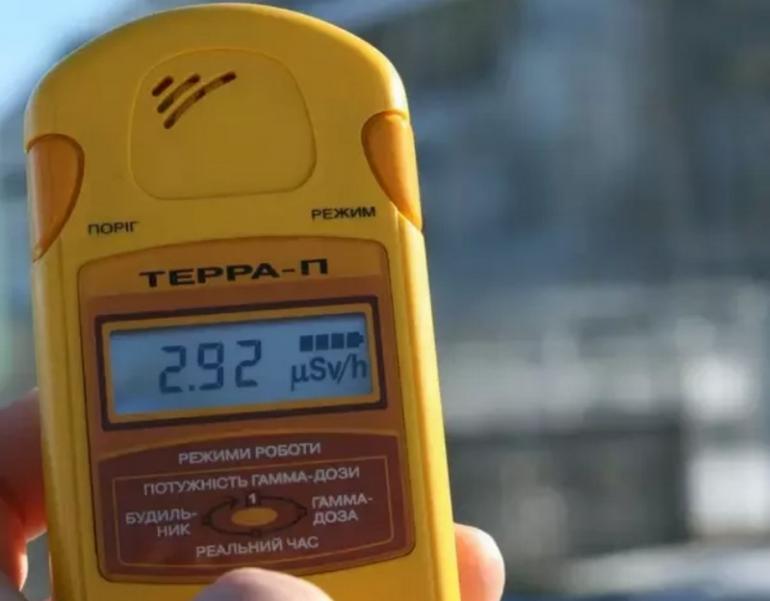 Radiation, in general in the exclusion zone is pretty tame. Walking around and not being an idiot and its about the equivalent dose of a couple of international flights. There are specific areas that are still really bad. For instance, after the accident they decided to just go ahead and bury some of the vehicles including tanks which were exposed to fallout. The half life on some of these objects are ridiculous. These burial ground are clearly marked and are visible “mounds” rising about the earth. Getting close to them will cause your dosimeter to rise. Vegetation is usually much worse as well. Putting the dosimeter around moss, or really anything green for that matter, would cause a spike.

The worst place in the exclusion zone in terms of radiation is the Red Forest. When leaving the main power plant heading towards Pripyat you must pass through a section of the red forest. The Red Forest is in the zone of alienation and is extremely contaminated from large clouds of radioactive dust from fall out during the disaster. There is nothing shielding your exposure in this region as radiation is deeply embedded in the soil. It got its name because all of the pine trees are a very strange ginger reddish color from high levels of radiation. If you want to start glowing, this is your place.

I was lucky enough to be randomly filming as we crossed the Red Forest. Our tour guide only briefly mentioned it as I think he knew I had my dosimeter on and it was about to explode. I’m sure it’s his least favorite part of the tour.

It’s hard to tell from the video (had to try to muffle as it started screaming), but it goes from ~1μSv/h to 9+ μSv/h in a matter of seconds.

Pripyat – It’s like North Korea, without the people, and more radioactive.
Pripyat is the small town that you have most likely seen bizarre photos or played a recent FPS game taking place in this town. Pripyat was home to the families of scientists and workers of the Chernobyl plant. The citizens of Pripyat were told two days after the disaster at Chernobyl.

The evacuation notice (lifted from wikipedia):
“For the attention of the residents of Pripyat! The City Council informs you that due to the accident at Chernobyl Power Station in the city of Pripyat the radioactive conditions in the vicinity are deteriorating. The Communist Party, its officials and the armed forces are taking necessary steps to combat this. Nevertheless, with the view to keep people as safe and healthy as possible, the children being top priority, we need to temporarily evacuate the citizens in the nearest towns of Kiev Oblast. For these reasons, starting from April 27, 1986 2 p.m. each apartment block will be able to have a bus at its disposal, supervised by the police and the city officials. It is highly advisable to take your documents, some vital personal belongings and a certain amount of food, just in case, with you. The senior executives of public and industrial facilities of the city has decided on the list of employees needed to stay in Pripyat to maintain these facilities in a good working order. All the houses will be guarded by the police during the evacuation period. Comrades, leaving your residences temporarily please make sure you have turned off the lights, electrical equipment and water off and shut the windows. Please keep calm and orderly in the process of this short-term evacuation.”

And that was the end of Pripyat. Pack your things, get on a bus, and say goodbye forever. There is nothing scarier then visiting a place where the population just got up and left.
The main road driving into they town of Pripyat coming from the Chernobyl after passing the most radioactive area of the exclusion zone known as the Red Forest.

A photo of gas masks thrown about the floor of the abandoned school in Pripyat. I’m almost certain these scenes are setup. Unfortunately since there is very little ‘regulation’ inside the zone, it’s basically a film directors ‘holy grail’ of location shoots. The gas masks may definitely be real, but i’m sure someone used a little creative to throw them around so it’s a bit more dramatic.

Inside the carnival and the famous ferris wheel.

The entrance to the metro. No thanks!