You may have thought that despite travelling in Bentleys and Ferraris, even wealthy people have to face the great equalizer that is traffic, but you’d be wrong! In Russia, citizens with deep pockets have come up with creative (and shady) ways to dodge traffic. First it was the use of deluxe ambulances and now, they are upgrading to Mi-35MS Hind helicopters. Yes, you read that right, de-armed Hind derivative helicopters have been turned into sky taxis for military VIPs. 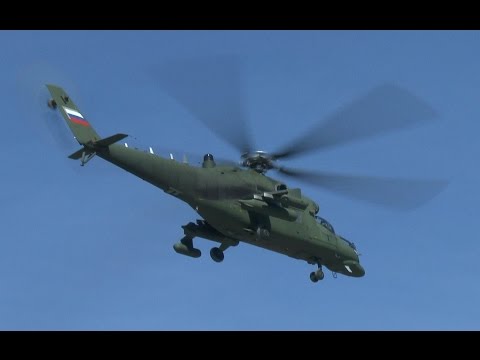 The converted helicopters are painted green and stripped of armament. Rocket pods and missiles have been replaced with long range fuel tanks and missile approaching warning sensors. The Hind’s chin-mounted gun has been swapped for a large radar fairing exists. The interior of the cabin is only large enough to fit a few people, but it comes with flat screens, headphones and comfortable couch seating.