There are two ways of experiencing culture of a place, the sights and the flavors. Travelling by train unfolds both for those who like to experience a country’s vibrant culture and cuisines along the way. In our series of world’s greatest train journeys, we feature boutique trains that could be easily mistaken for luxury hotels. While last week we rounded off the best trains in Africa, this week: Asia.

From the northern lowlands of most of Siberia to the vast central highland zone of high plateaus in Tibet, the greatest mountain ranges in the Himalayas to the southern peninsular plateaus of India and Arabia; the boundaries of Asia are culturally determined. The largest continent bounded by the Pacific Ocean on the east, Indian Ocean on the south and Arctic Ocean on the north, the top attractions of Asia are as diverse as the continent itself. And what would be a better way than travelling by train so you can truly experience the wonders of a local culture by immersing yourself in it. 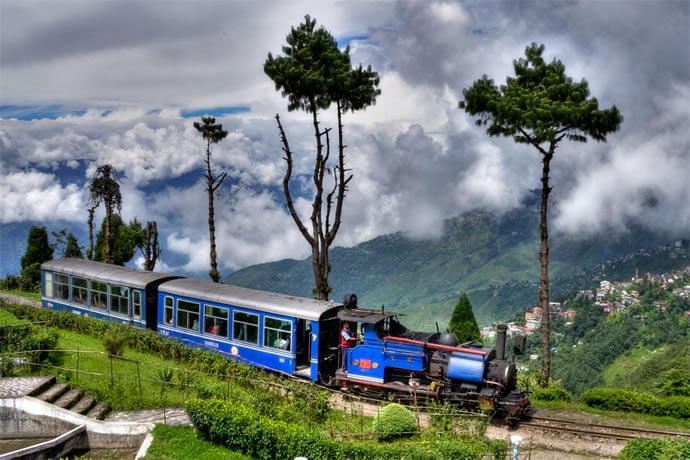 The Darjeeling-Himalayan Railway also known as the ‘Toy Train’ was the first and is still the most outstanding example of a hill passenger Railway. It is a 2 ft narrow gauge railway that runs between New Jalpaiguri and Darjeeling, which is a distance of 87.48 kms in the Indian state of West Bengal. 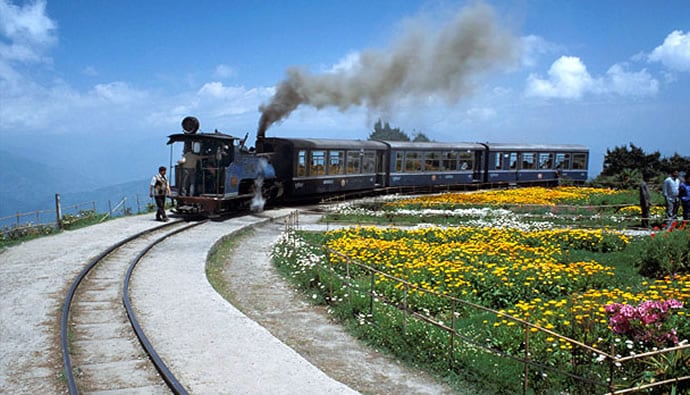 The train passes through dense forest from Sukna and it chugs along the hill slopes and at places where a clear path is not available. The climb is through reverse and loops. There are 5 such reverses, 3 loops, the most famous being the Batasia Loop between Ghum and Darjeeling. Apart from this, the section has 5 major, 498 minor bridges and 177 unmanned level crossings.

READ:  Why take a private jet when you can charter an entire train to enjoy the bright American outdoors with your loved ones 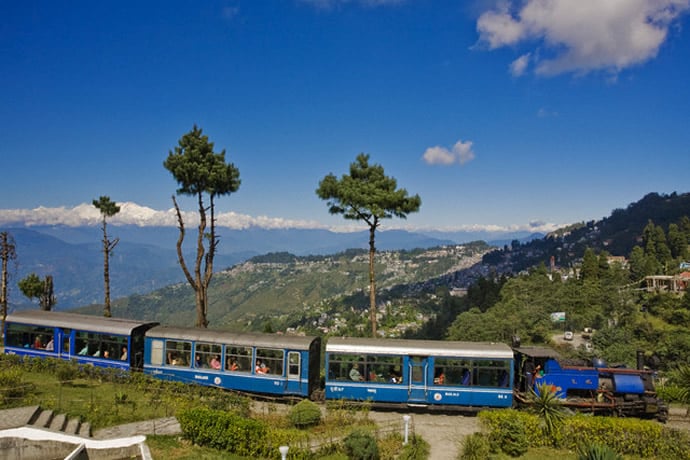 The Ghoom Station is the highest point reached by the railway (7,407ft), and from here there is a descent for four miles down a spur to Darjeeling Station (6,812ft). Loops are the speciality of Darjeeling Himalayan Railway it helps in gaining height for the rail line skirting along the mountain with the radius of curve as minimum as possible. 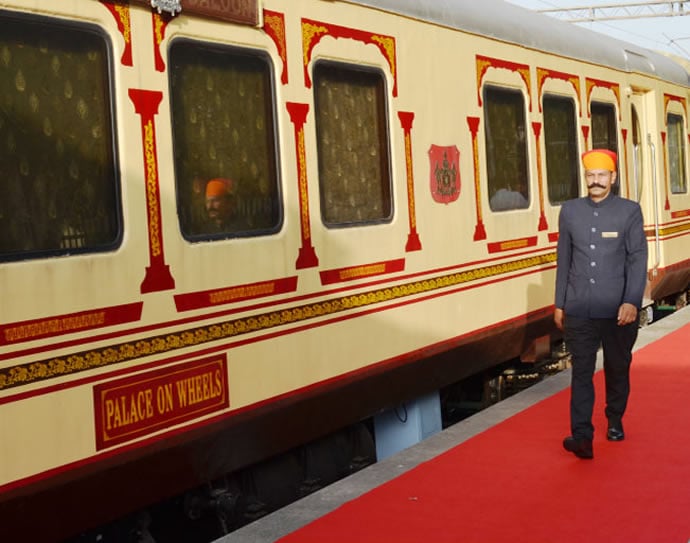 India’s luxury train Palace on Wheels stands for royal luxury while on board. It carries in itself the essence of India. Upon arrival you will be treated like Maharaja (King) and Maharani (Queen) with garlands, tilak, turban and glass of wine. 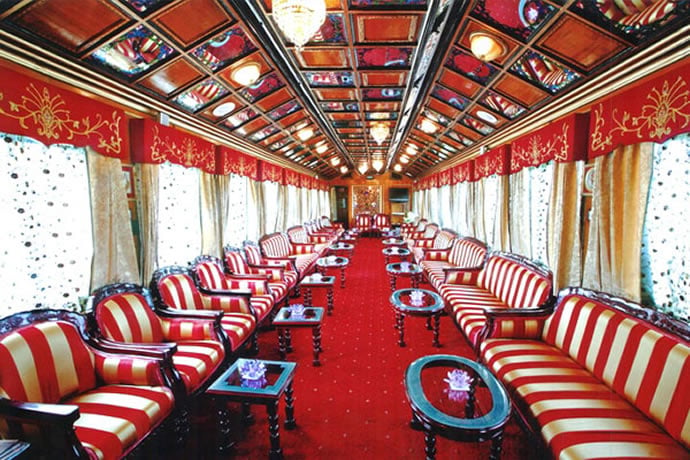 The name Palace on Wheels was derived from its royal background of the coaches & first introduced in 1982. The train has 23 coaches comprising 14 saloons, one spa coach, two restaurants and one reception-cum-bar. The seven-day journey commences from New Delhi taking the tourists across Jaipur, Sawaimadhopur, Chittorgarh, Udaipur, Jaisalmer, Jodhpur, Bharatpur, and Agra and returns back to the capital city.

READ:  Kruger Shalati – An ultra luxury train hotel that will be stationed on a bridge in South Africa's iconic Kruger national park 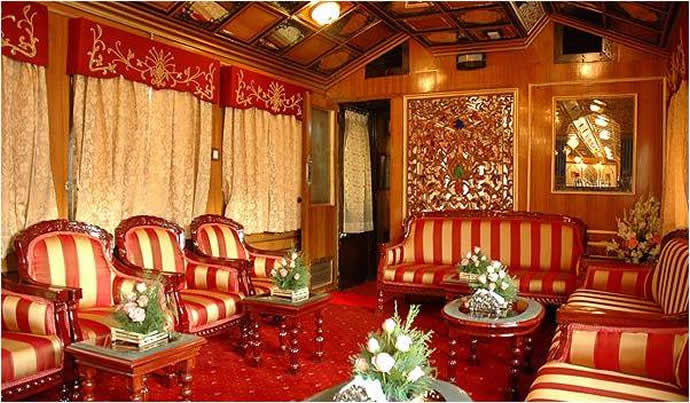 Its 14 Saloons are inter-connected, the interior matching the aesthetics of the royal states. The cabins of each saloon name attached with showers. The train also has a lounge, library, bar & dining cars. 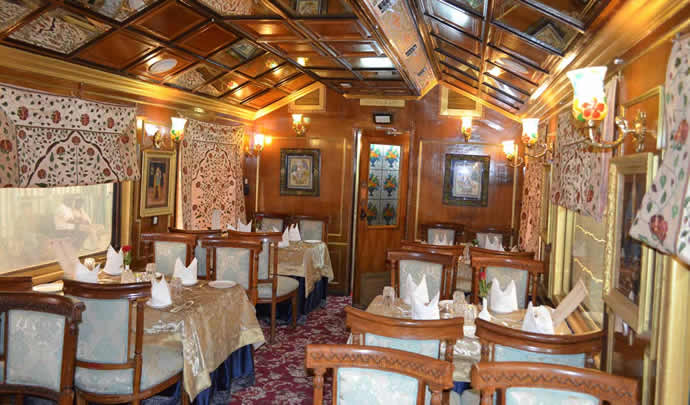 The decor of each saloon has highlighted the cultural ethos of the state, represented through the use of furniture, handicrafts, paintings and furnishing. Each coupe is different but the overall ambience of the decor of the saloons has been taken care of to provide continuity. 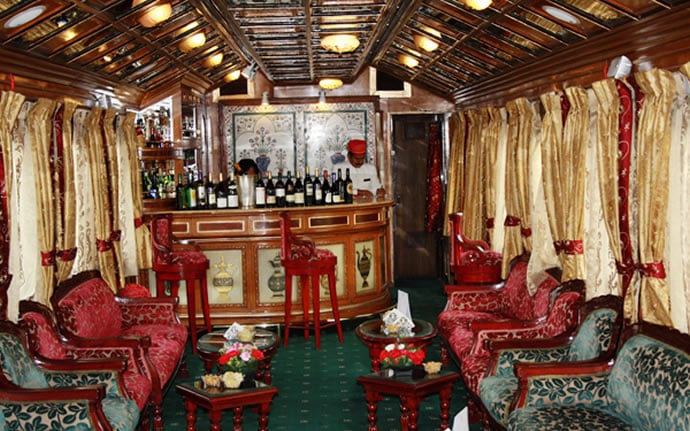 In the past 20 years of operations, the Palace-on-Wheels has been rated as one of the best ten luxurious rail journeys in the world.

The world we live in – Jeff Bezos’ 3 minutes in space…

Built at a cost of $2.8 million, London’s newest attraction the ‘Marble…