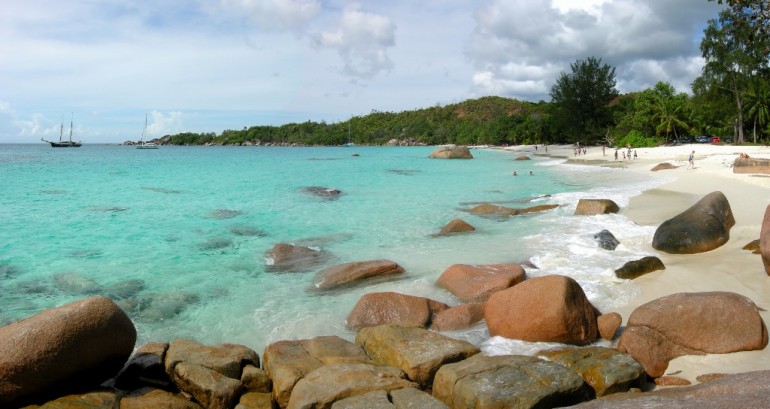 4. Anse Lazio, Praslin Island, Seychelles
Cradled by a large bay with two mountain peaks on each side, adorned by white powder-fine sand and surrounded by calm turquoise water, the half-kilometre long beach of Anse Lazio located on the northwest coast of the second most populated island of Seychelles, Praslin, is considered as a ‘must’ on the list of to-do’s for visitors to the Indian Ocean archipelago. 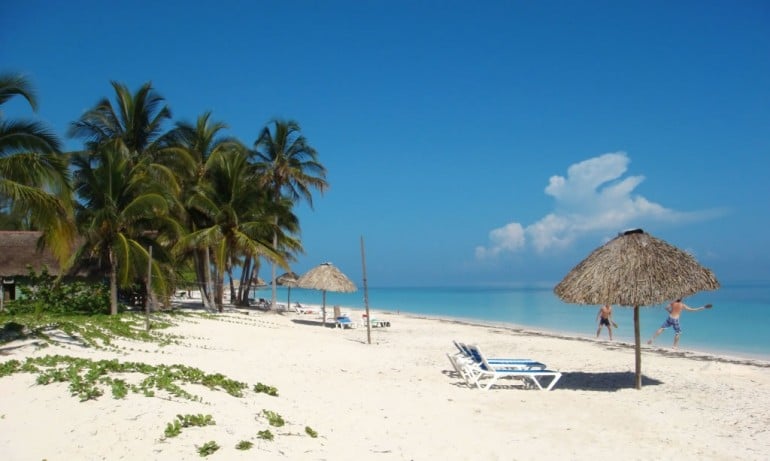 3. Playa Paraiso, Cayo Largo, Cuba
This isn’t called Paradise Beach for nothing. Miles of sugar-white sand stretch along the shore (with the stunning Playa Sirena just up the coast, too), Cayo Largo also boasts some of the calmest waters in Cuba. The perfect turquoise water’s particularly shallow, only coming waist-high 50m out. Aside from the resorts here, there’s just a simple beach bar so don’t expect to be waited on hand on foot. 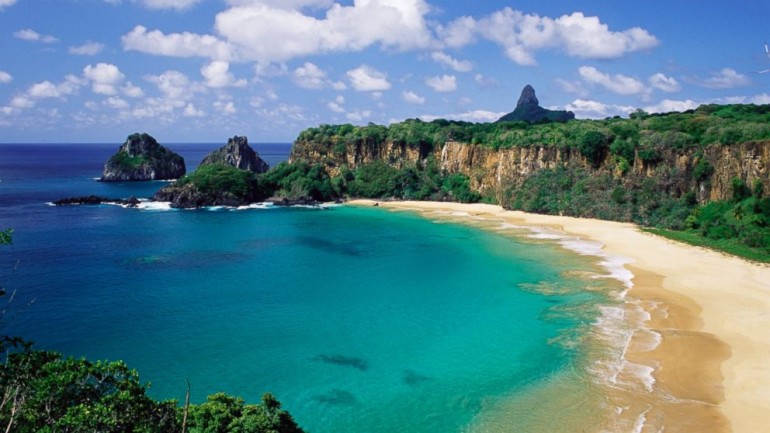 2. Baia do Sancho, Fernando de Noronha, Brazil
The beach lies on a secluded bay on the main island of UNESCO protected archipelago Fernando de Noronha, off the coast of Recife. It is best visited via boat, which will stop right in front of the bay to not destroy the corals underneath, or via a narrow staircase, which leads down the cliffs that tower around the bay. Sancho is also described as one of the best diving spots in Brazil and visitors can enjoy a great marine fauna and flora.

1.Grace Bay, Providenciales, Turks and Caicos
Vacationers are almost always pleased with Grace Bay in Provo. The beach’s breathtaking surf and sand, plus its proximity to a golf course and plenty of shops and restaurants, leave most guests pleasantly satisfied. Located in an eastern crook of Providenciales, Grace Bay has 12 miles of soft ashen sand and open crystalline water to placate sunbathers. There’s little shade, so come early in the morning to get your choice of umbrellas. Some of the island’s most well-liked restaurants are sheltered along Grace’s shore, as are the most popular hotels.