The palatial style frontage clad in terracotta tiles, the Art Nouveau windows, topped with a baroque-style dome, Harrods is much more than a famed British department store and a splendid building. Like a Broadway performance, the Harrods’ grand storefront has become a canvas by luxury retailers to drive traffic and catch the shopper’s fancy. Harrods until next month will catalogue at its Hans Crescent storefront, a recreation of the recently opened The Peninsula Paris, which is Peninsula’s first foray into Europe. With London, as its next European destination, the hotel group is banking on the Harrods affluent shoppers and tourists as part of its retail marketing strategy. 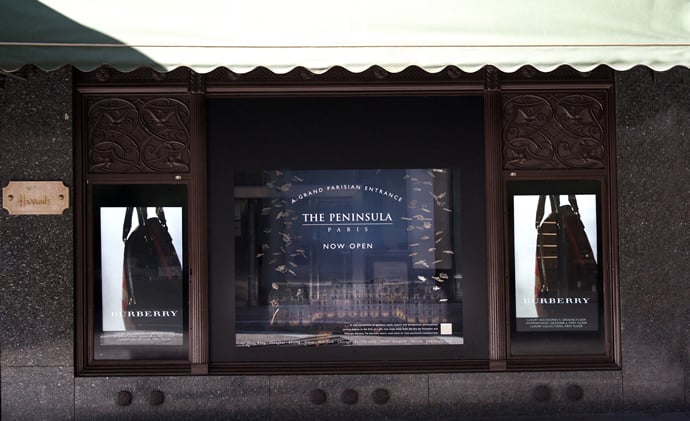 The Peninsula Paris at Harrods will feature six digital windows along the store’s façade showcasing images of the hotel. Four giant screens will also be installed at various entrances and escalators from 1 to 28 October 2014. The display will showcase 200 suspended crystal ‘dancing leaves’, a miniature version of the grand installation in the Lobby of The Peninsula Paris. The bespoke chandelier at the Avenue Kléber comprises 800 individual, hand-blown crystal leaves, designed and created by the renowned Lasvit atelier.

READ:  Review: The Peninsula New York - The best of grandeur and luxury in Manhattan 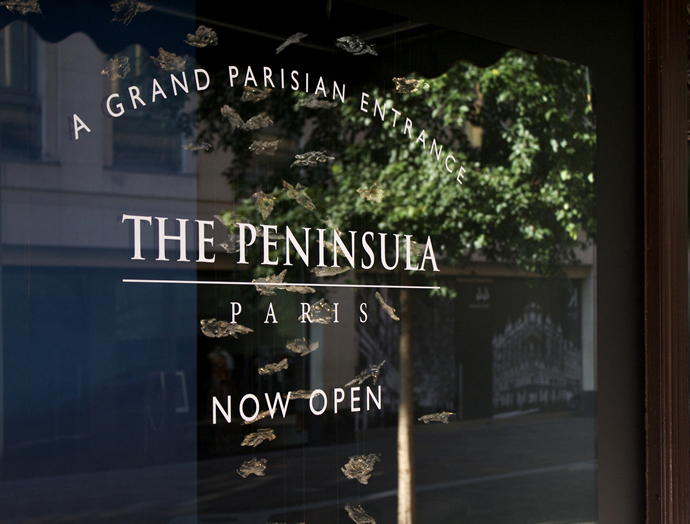 “This is the first time that The Peninsula Hotels has utilized a window display as an element of our marketing strategy. We wanted to introduce the artisanship and glamour of the newly opened Peninsula Paris in an innovative and engaging way – the crystal leaves forming part of the display are hand-blown miniature versions of the stunning crystal “Dancing Leaves” signature art installation in the Lobby and a core motif throughout the hotel, and we hope that they give a hint of the wonders awaiting guests in Paris”, said Robert Cheng, Vice President Marketing of The Peninsula Hotels. “

READ:  Damien Hirst installs a 12 ft. sculpture in the middle of a frozen lake in St Moritz, Switzerland 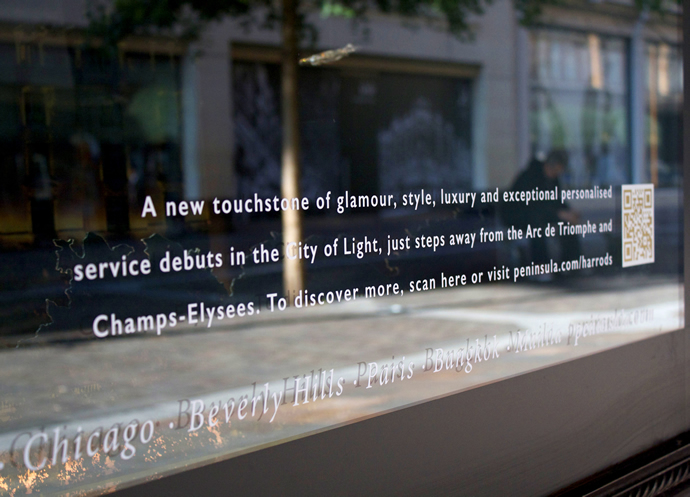 Additionally, shoppers at Harrods will be able to receive an exclusive accommodation offer at The Peninsula Paris. A QR code on the window display will facilitate shoppers a 15% reduction on room rates, a guaranteed upgrade and complimentary Peninsula Afternoon Tea for two in The Lobby.

Shoppers can catch a glimpse of The Peninsula Paris at Harrods until 7 October 2014.