If you’re one of the many who dreamt of riding in a Ferrari but didn’t think they could any time soon, your thoughts might just change with this news. In the spring of 2017, Japan is getting a new luxury train. And Ferrari designer Ken Okuyama is the one lending aesthetic vision to it. Now before you say what??? We’re talking large glass-paneled windows and high ceilings. And yes, in the same breath as “train”! 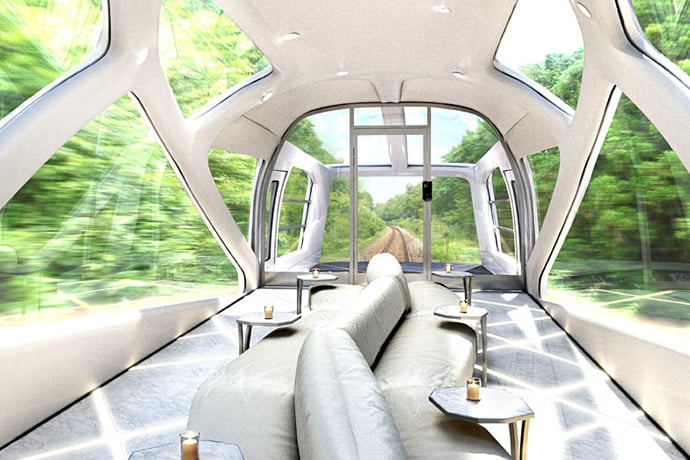 Whoever thought private suites on airplanes were as good as it gets in tourism is going to have to eat their words. Called “Cruise Train”, Japan’s newest offering-to-be is a 34-passengers-only champagne gold luxury-on-electricity, which mind you, will do just as well on non-electric rails. For that, it has an adaptable EDC system to thank. But for the rest, read: 10 cars including 2 glass-walled lead cars with observation areas, a lounge car and dining car, residents and visitors alike, will have Okuyama to thank. 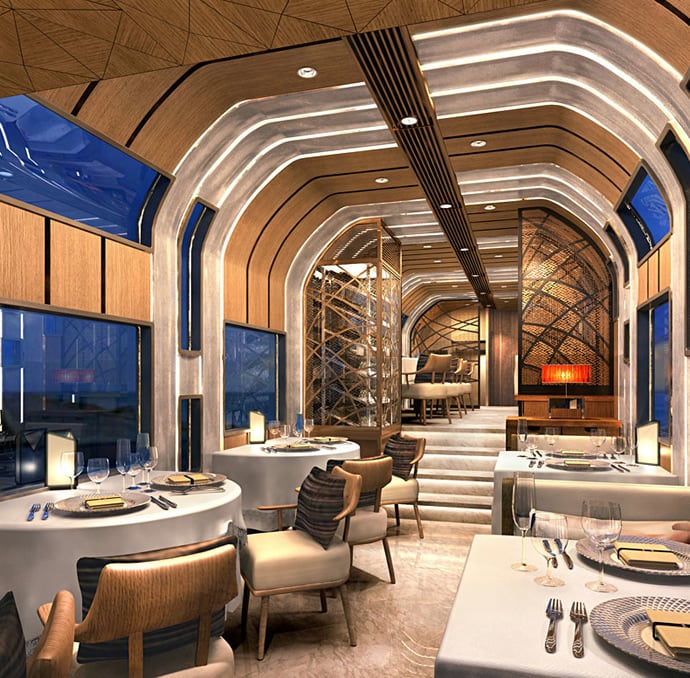 The legendary automobile designer supervised the design of several Ferraris in the mid-2000s. Now he takes from the legacy to also give the luxurious sleeper train a deluxe suite car with two rooms, one of which will be a two-story structure. The first floor will have two beds while the second floor will be covered with Japanese-style tatami mats, perhaps, for added effect. Each of rooms can accommodate up to two guests. Besides the deluxe suites, five cars have been designated to house suites as well.

In case you’re wondering, JR East is the company behind the lavish undertaking, emphasis on lavish not just for of the excessive levels of exclusivity that we can begin to sense three years in advance but because the major railway company is spending 5 billion yen (about $50 million) for its creation. And if Japan’s other luxury train, Nanatsuboshi (Seven Stars) is anything to go by, the ticket prices for this one will be just as formidable. 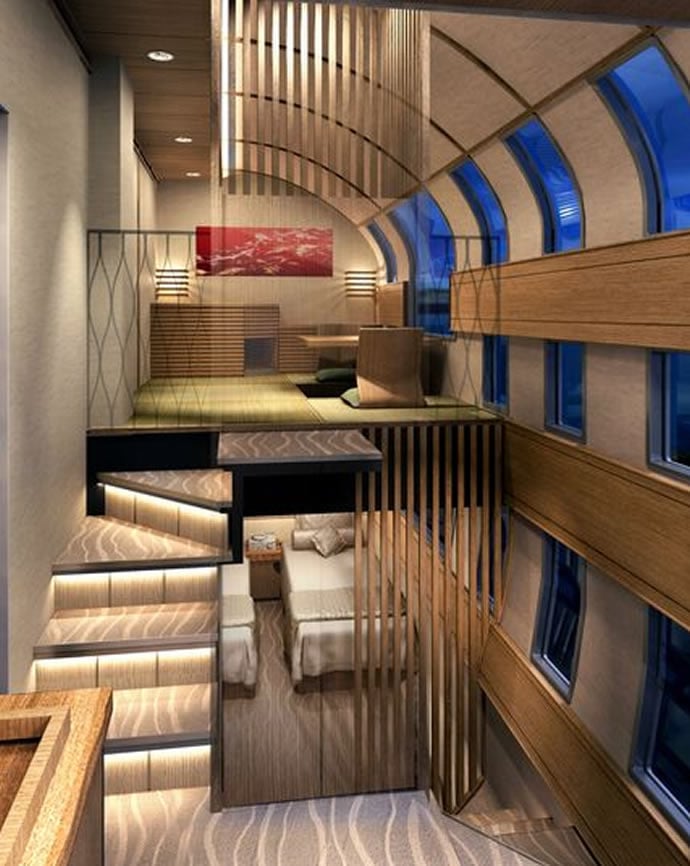 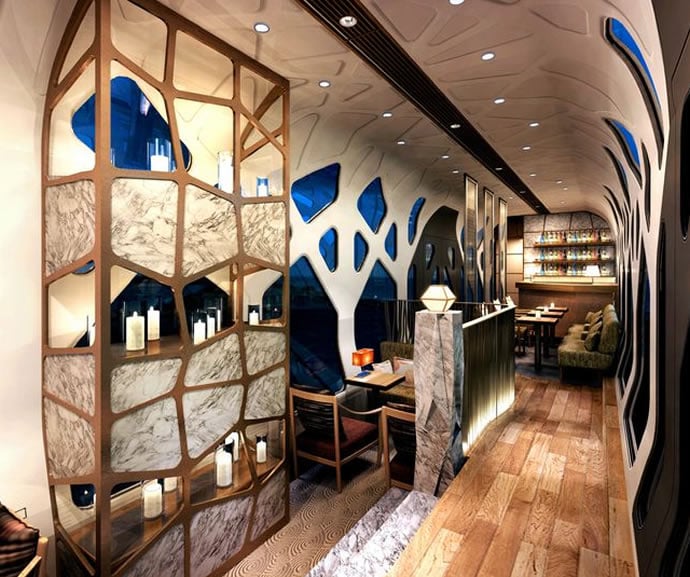