Prague is Europe’s 14th largest city, and one of the most awe-inspiring. The architectural splendour of the 1,100-year old city has not failed to impress the thousands that visit from the world over. Luxurylaunches invited Pavel Ruml, Head Concierge at the Mandarin Oriental, Prague, to give a tour of the historical paradise that is Praha.

Top day trip: The spa town of Karlovy Vary will take you back some six centuries. Founded by one of the most famous Czech kings, Roman Emperor Charles IV, it has a charming historical centre. Walk around its old colonnades and taste the warm curative spring. Make sure to take the VIP tour at Moser Glass Factory to have a peek into the secrets of making the unique Moser crystal glass. You will be able to get up close and personal with the running of the cutting room, the grinding room, the painting and the engraving workshop.
Must try dish: While in Prague, dine like the stars; namely, Sean Connery, Tom Cruise and Pink Floyd. And the recommended dish of choice is Roasted Duck with Dumplings & Cabbage at the popular ‘U Modre Kachnicky’ Restaurant. Literally translated as The Little Blue Duck, the restaurant specialises in game.
Best activity / Excursion: The best way to explore Prague is on foot. If not on your own, there are tour guides who are well-versed in the history of the city. This could save you time and give you the opportunity to explore areas that you would find on your own.
Best view: View from the western part of Riegrovy Sady, especially during Spring and Autumn. More than a century old, Riegrovy Sady Beer Garden is Prague’s most popular outdoor place for drinking beer and watching sports. Also, not too far away is the famous Zizkov Television Tower, the highest in Prague. And inside is a restaurant called Oblaca which offers stunning panoramic views of the city, especially in the evening.
Best local secret: Krymska street is one of those districts of Prague that artists, café intellectuals and hipsters are drawn to. One of the first people to turn the Krymská environs into the kind of soirée was the founder of the Café Sladkovský, Kateřina McCreary. Café Sladkovský has always had its regulars, but went about its business quietly and unobtrusively. The man who brought the present-day crowds of young people to this corner of old Vršovice is the legendary coffee-house proprietor Ondřej Kobza, who opened his Café v Lese (Café in the Woods). Incredibly swiftly, this became one of the iconic clubs in Prague. Following the success of Café v Lese, other establishments began to spring up – right opposite the café is a bar, where you can get drunk and have your hair cut at the same time, a few houses up the street you’ll find the raw-vegan restaurant Plevel (Weeds), and just around the corner the former Pilot cinema has been known to host some neat parties. For a more polished option, there is the Družina (Retinue) venue, where various public happenings and political events get talked-through. And, once in a while, the entire Krymská and its surroundings turn into a street party with a flea market and a farmers’ market, where the collected bonhomie and energy pours out onto the streets with the joie-de-vivre of Montmartre in Paris.
Best place for local shopping: Rasin Bank – Naplavka and Jiriho z Podebrad Square in front of the distinctive and modern Church of the Most Sacred Heart of Our Lord, a work of art by famous Slovenian architect Josip Plecnik, hosts the best Farmer’s Markets in Prague. Visit the former area of ČKD Kolbenova considered to be the biggest flea markets in Czech Republic and probably in Europe. The market area which covers an area of 50,000 square meters you will find not only curiosities or second-hand goods, but also new goods at good bargins.
Best family activity: The fourth best zoo in the world is in Prague, according to TripAdvisor. As well as one of the most beautiful. The rugged terrain of the Prague Zoo offers over 10 km of walking trails through such exotic exhibitions as the Africa House, the Indonesian jungle, or the Valley of the Elephants. This is a popular destination for families with children who can pet and feed animals at the Children’s Zoo. 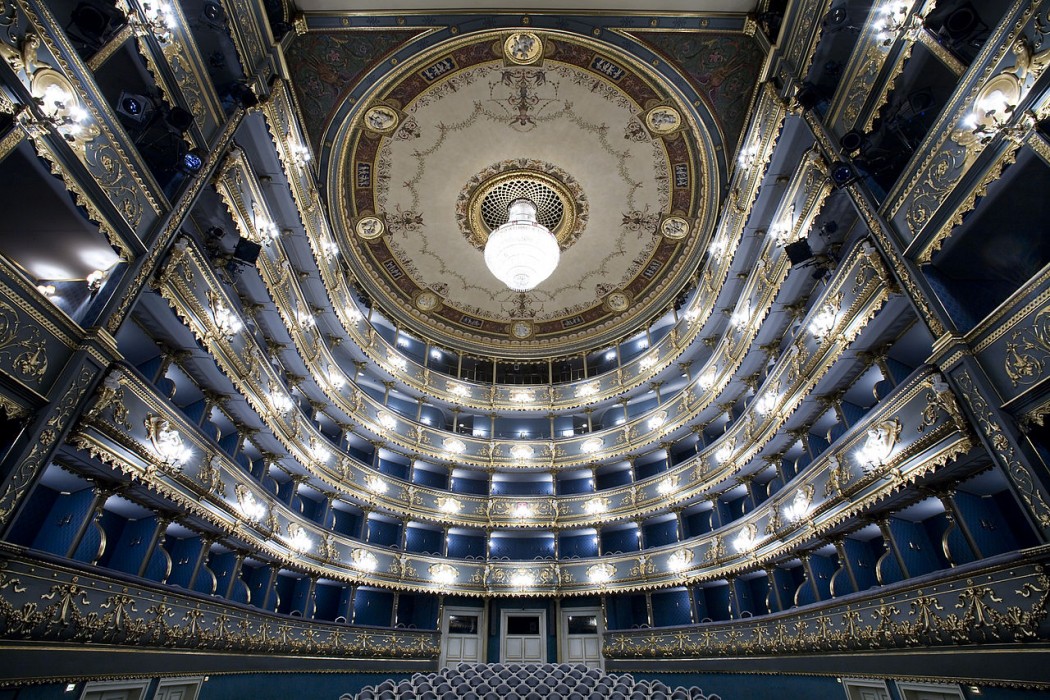 Best cultural secret: Estates Theatre – it is regarded as one of the most beautiful historic theatre buildings in Europe and dates back to 1783. The name of W. A. Mozart is forever linked with the building and it was here that he personally conducted the premiere of Don Giovanni in 1787. Mozart opera’s – Don Giovanni, The Magic Flute, Cosi fan tutte and Le nozze di Figaro – are still in the repertoire. 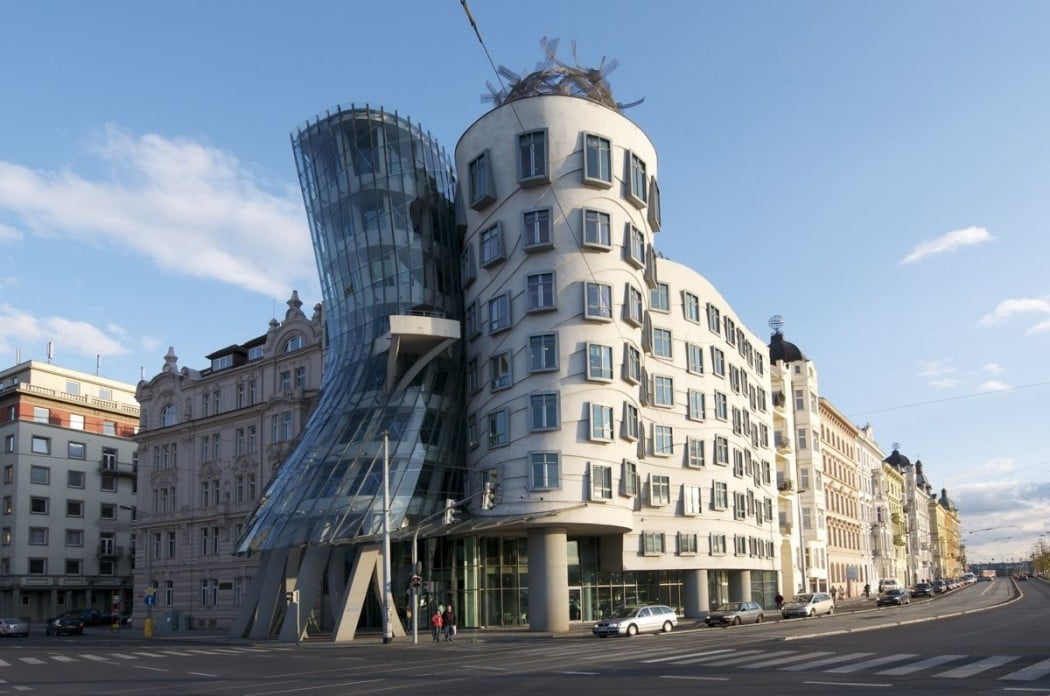 Top architectural find: The Dancing House. Czech architect Vlado Milunic and American-Canadian architect and designer Frank O. Gehry built this dynamic building that appears to be dancing on the quay. It represents two dancers Fred Astair and Ginger Rogers – reason why it’s also called “Ginger and Fred” (iconic dance partners who made motion pictures together from 1933–1949). The glass tower Ginger bends and clings to the concrete tower Fred, which has a metal cupola on the top, representing hair. The house is an example of de-constructivist architecture. 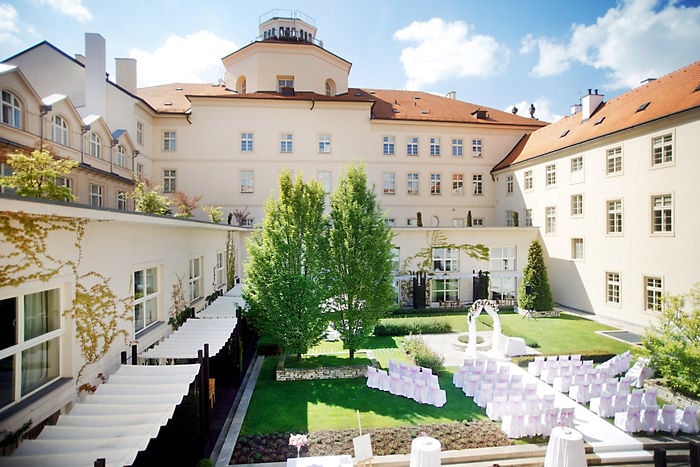 Best restaurant for a celebration: Spices at the Mandarin Oriental, Prague. Very popular would be our Wine cellar for private parties or terrace of the Presidential Suite for a private dinner. 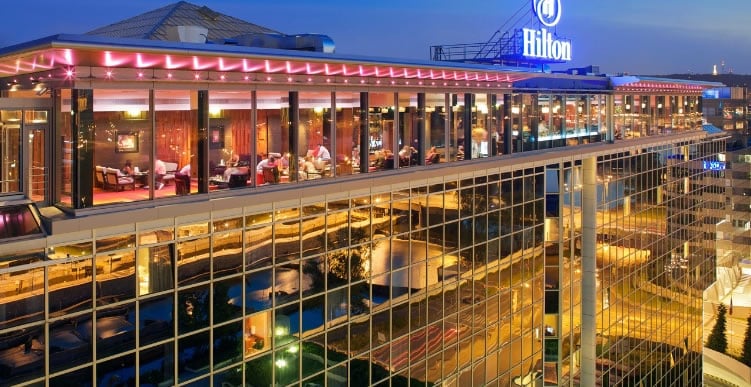 Best cocktail with a view: Cloud 9 Sky Bar on the roof top of Hilton Prague. 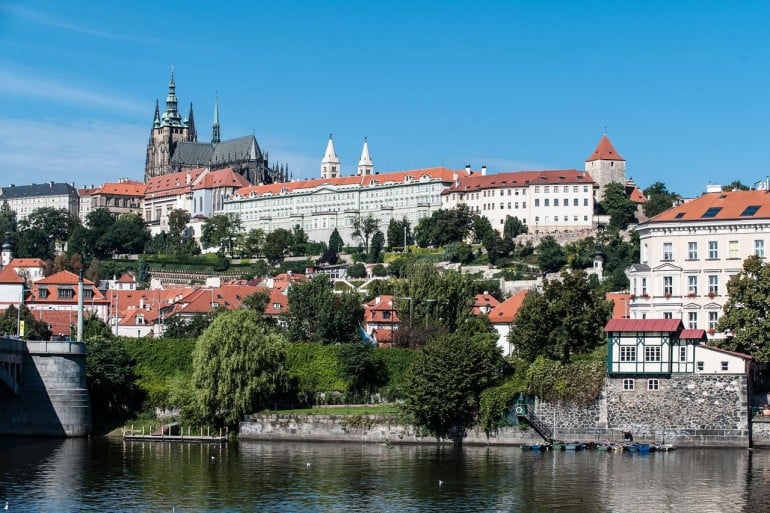 Must see museum: The Lobkowicz Palace is a privately-owned building in the Prague Castle complex which houses the highly-acclaimed Lobkowicz Collections. It is also a venue for hosting private functions. 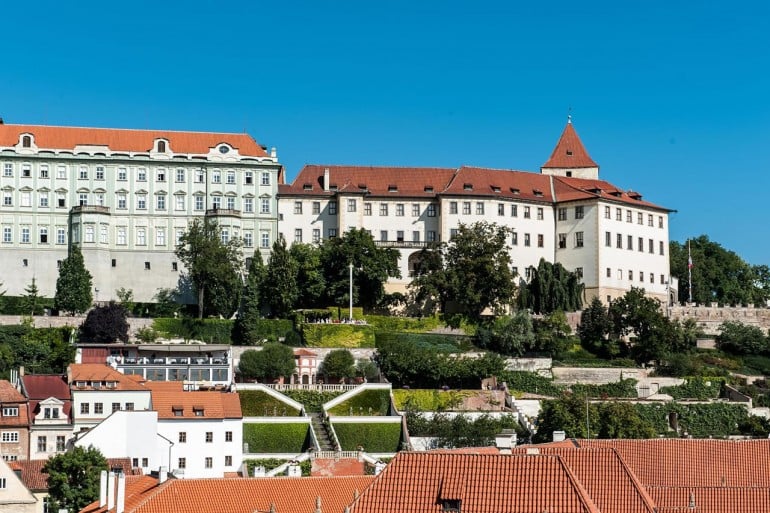 Highlights from the Museum include works by masters such as Canaletto, Brueghel the Elder, Cranach, and Velázquez; an impressive display of family and royal portraits; fine porcelain, ceramics and rare decorative arts dating from the 16th to 20th centuries; an extensive collection of military and sporting rifles from the 16th to 18th centuries; and musical instruments and original scores and manuscripts by Beethoven and Mozart, including Beethoven’s 4th and 5th symphonies and Mozart’s re-orchestration of Handel’s Messiah. 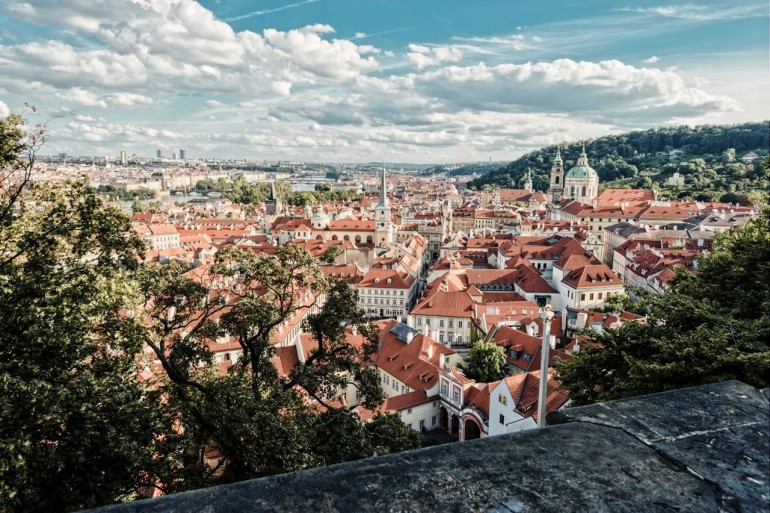 Visitors are ushered through the galleries by the museum’s very popular audio guide, which explains important details of European history and the seven-hundred-year history of the Lobkowicz family, including the dramatic story of how the family lost everything twice and got it back – twice. Make sure to enjoy exquisite 180 panoramic view from Lobkowicz Palace Terrace while you will be both entertained and enlightened by the newly-introduced historic “Bird’s-Eye” tour which is narrated by the Palace owners, William and Alexandra Lobkowicz. They will share with you their personal insights, stories and remembrances of one of the world’s most enchanting and magical cities.