While half of the world sits bored inside their houses amid the pandemic, the streets of Seoul witnessed a rather awe-inspiring phenomenon earlier in the week. In a visually twisted yet stunning development, city-based brand D’strict created an anamorphic illusion projection which looked like a furious wave about to crash out of glass walls, right in the middle of the modern Gangnam-gu region. 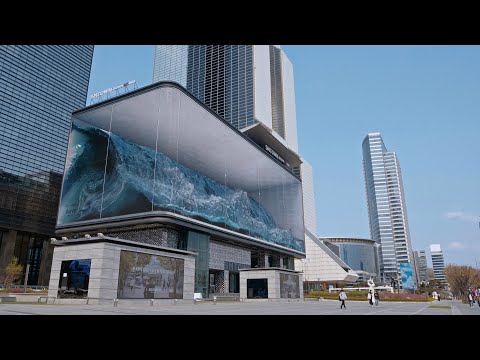 Aptly termed as ‘Wave’, the projection consisted of mega-size LED screens that were installed on the walls of large buildings to create an electronic display measuring 80 meters in width and 23 meters in height) for 18 hours a day. The massive projection (also touted as one of the world’s biggest digital displays) is measured roughly “four times the size of a basketball court in Seoul” and gave passerby’s a rather realistic and larger-than-life impression of the waters. 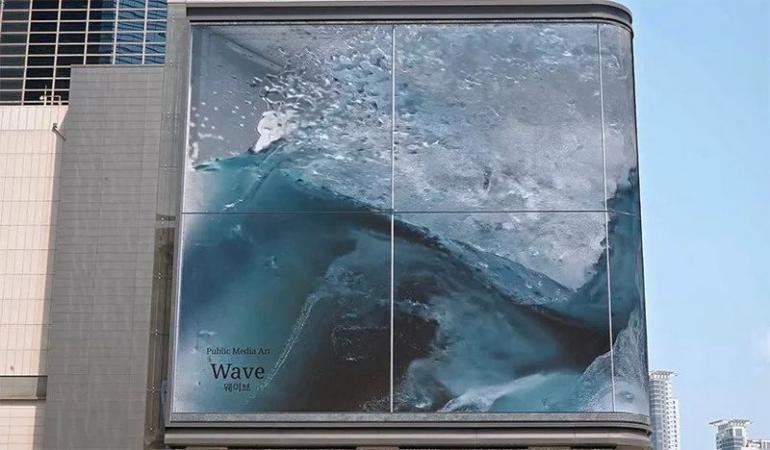 Commenting on the project, D’strict in a statement said, “WAVE with anamorphic illusion has been successfully revealed on a magnificent DOOH of COEX K-POP SQUARE, the largest & high-definition outdoor advertising screen in S.Korea at 80.1m (w) x 20.1M (h). We aim to develop numerous attractive visual content that can be licensed into any size and shape of the screen consistently.” 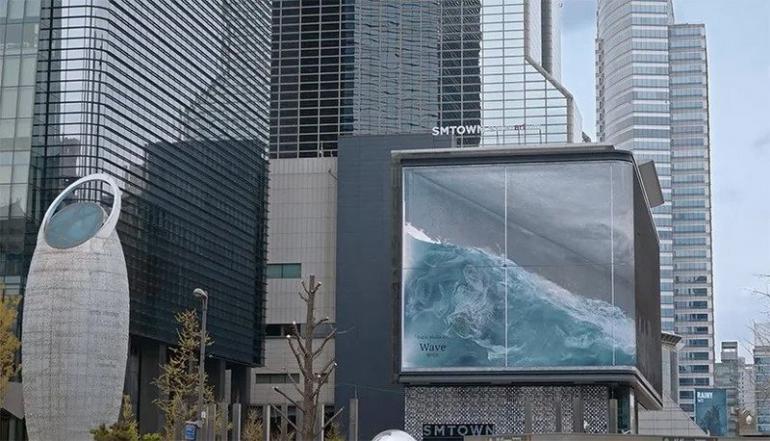 The illustration was quick to catch a buzz on social media after a video of it was posted on Twitter. While one user commented – “I was there and saw it live. It is truly amazing, especially nights,” another added – “Art doesn’t need to be functional. There are people that don’t have the luxury of escaping an urban environment. This is lovely and it’s one more thing/moment among the multitude of possible human experiences. IMO it’s a nice way of looking at the built environment. And enjoyable.”

Tags from the story
Seoul