The world isn’t new to the possibilities that supersonic planes could bring to high-speed travel. We’ve seen Virgin Galactic put in some serious funding into the idea and even Tesla’s Elon Musk is considering it as a viable means of transportation, albeit with a sustainable angle to it. The newest addition to the list of aspirational supersonic planes comes from designer Oscar Viñals. His aircraft truly looks like one of the transporters from the Star Wars saga. It can accommodate 250 passengers and include a business and a ‘super tourist’ class.


Christened the Flash Falcon, the aircraft is said to be capable of covering the distance between London and New York in just 2.5 hours. With a top speed that touches the 2300 mph mark, the plane easily enters the Mach 3 speed category. That’s not all. Unlike most other supersonic concepts, this one will be back to capacity with a double-decker interior and the ability to accommodate 250 passengers. The upper deck would be the business class, and a special tourist class will offer more ‘space’ to passengers. 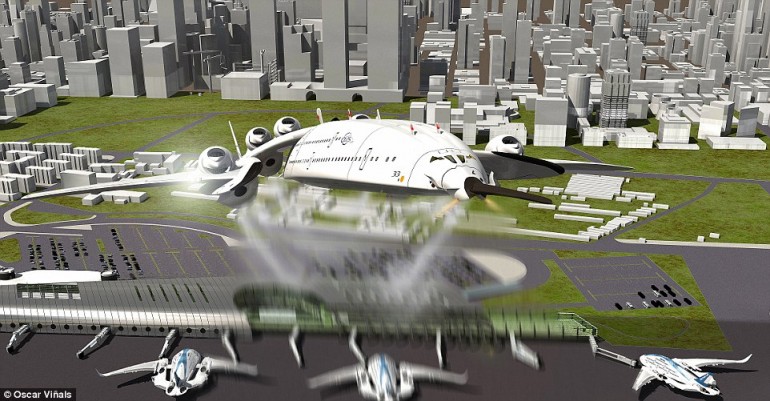 The flight would be made on carbon-free energy and will be powered by a portable fusion reactor. That’s still not all. The flight will also leverage six electric-combustion engines tilt by up to 20 degrees to allow vertical take-offs like a helicopter. 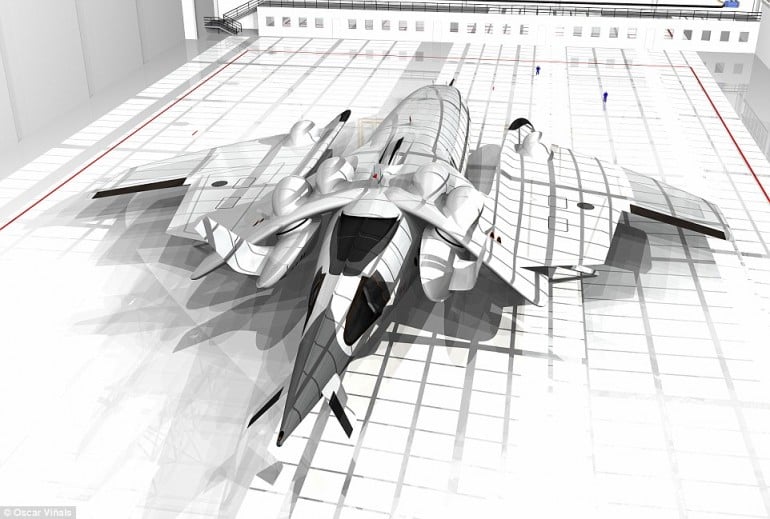 Viñals said: ‘I believe that very soon, supersonic flights will return, but with the most significant technology and advances of the 21st century. This airplane would belong to a hypothetical generation equipped with technology based on fusion energy – the future green energy – which today can only be found under development. Still, in the next 15 years, it could become a feasible reality, capable of generating great amounts of electric energy without using “contaminant” materials.’ 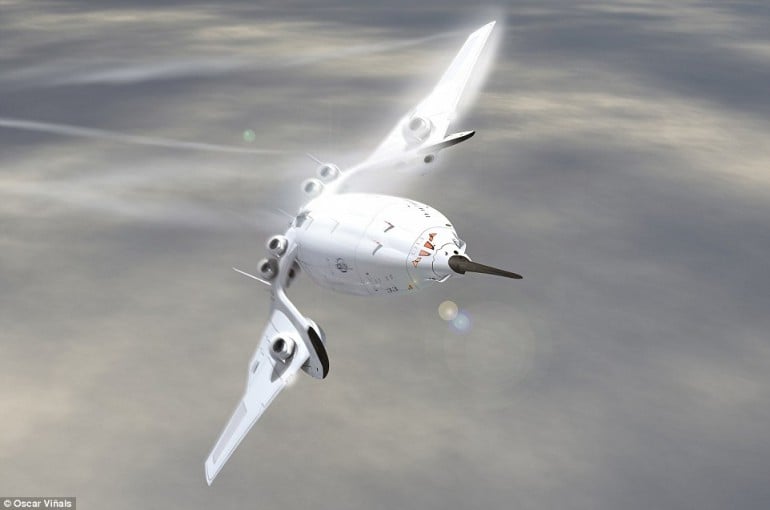 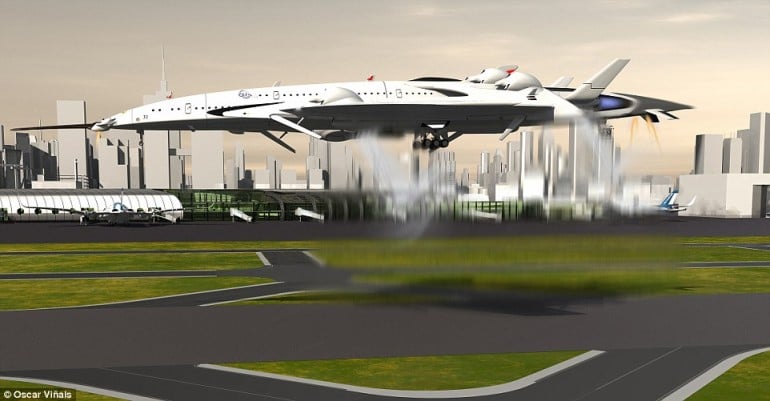 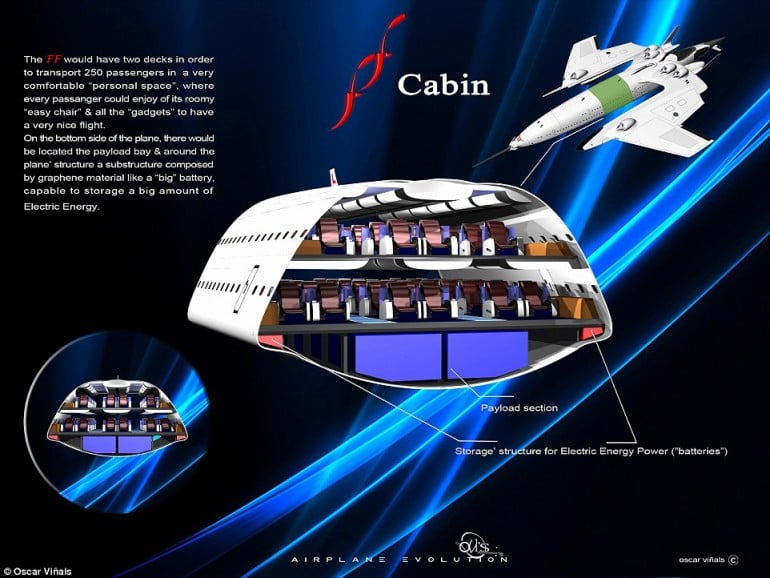 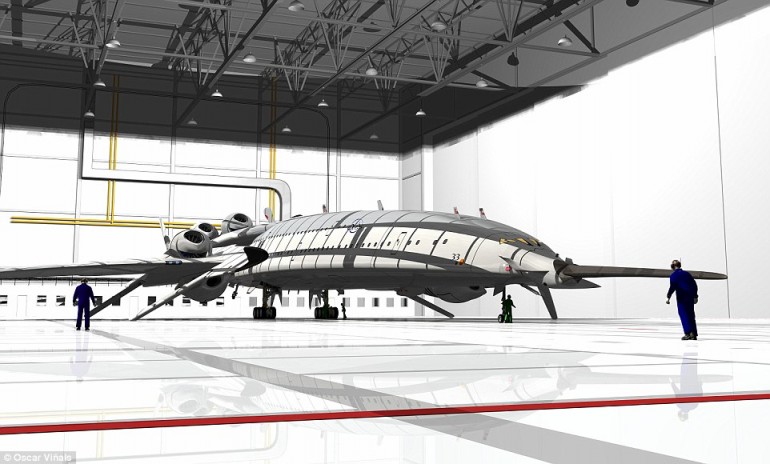 Tags from the story
Plane, Supersonic