Indeed over the years, airlines have made it their motto to improve the already premium first and business classes; but Virgin Atlantic has taken it upon themselves to make travel a privilege for the cattle class too.

I won’t deny, the Upper Classes are a delight but if you’re not in the mood to splurge that extra money, book a trip on Virgin Atlantic’s Boeing 787 Dreamliner. The aircraft has been around since a while, but with the launch of its New York-London sector this week, the focus is primarily on the Economy cabin.

When was the last time you flew economy and you could cherish mood lighting, wireless internet and most importantly more space! 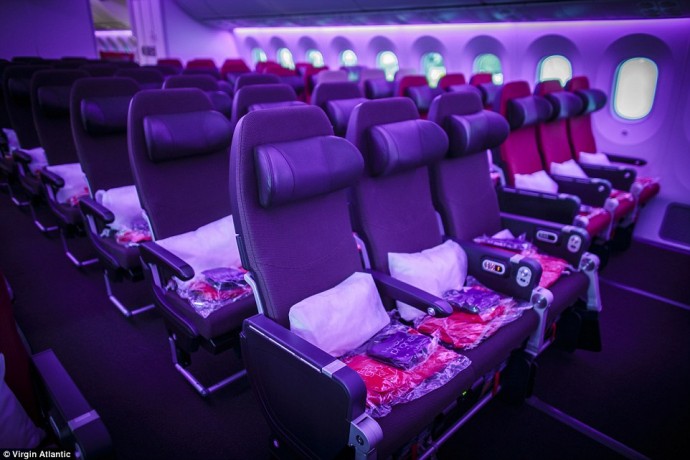 Finally, some more space!
To begin with the British liner has prioritised the space concern. How often do we feel that we are practically sharing a seat with the middle aisled passenger? Think higher ceilings, wider aisles and more leg room. Thankfully the airline has also provided more room in the restroom. 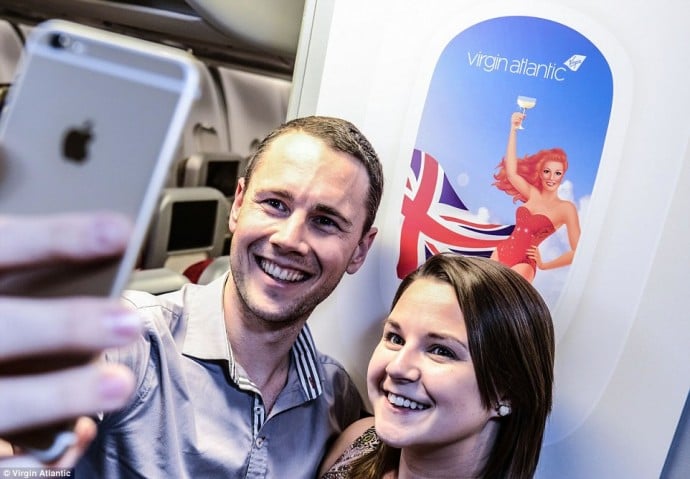 #Selfie at 35,000 ft
The exclusive Facebook app, created in conjunction with Jiffybots, allows you to take that much wanted selfie mid-air and post it on your profile! No more are you restricted to entertain yourself with the in-flight entertainment system, customers on the flight can chat and spark debate in the air creating an onboard community. All you need to do is log in! 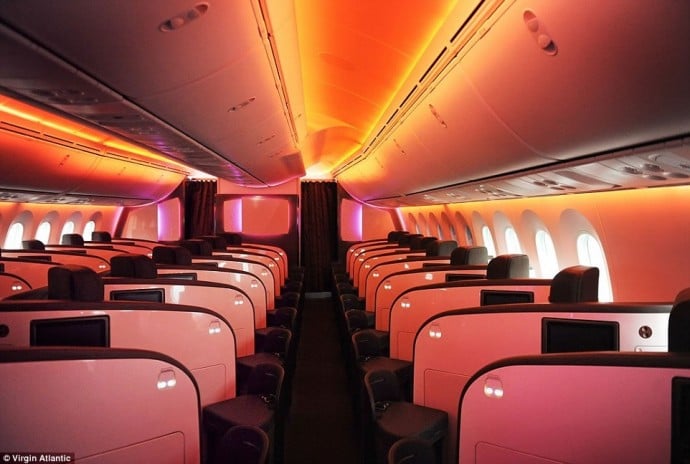 Mood lighting, and no we’re not kidding
Adjusting to another time zone is a mere problem. The best way – apparently – to trick you body is light therapy! Where you literally trick your body into thinking it’s a different time by exposing it to light at specific times. On arrival, a soft “rose champagne” colour de-stresses you, while the next in line “purple haze” makes you comfortable! To help passengers drift into a deep sleep, “silver moonlight” is introduced to reflect a beautiful moon-lit sky. Just while you’re dining, “amber warmth” creates an environment of a candle lit dinner. 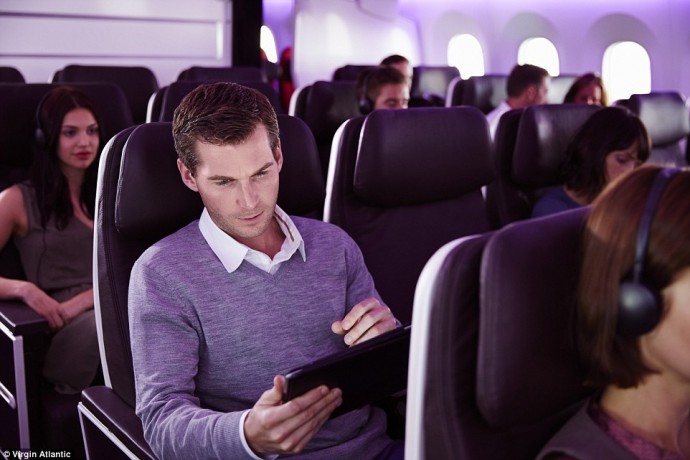 We may pay for economy, but we crave an Upper Class experience
Virgin Atlantic has introduced full length mirrors in all the bathrooms. On boarding the staff hands out dinner menus, a service only available in the Upper Classes. It’s the 21st century and hence it’s all about the future with the automated tinted windows at the press of a button.

Tags from the story
Virgin, Virgin-Atlantic