Boeing’s upcoming 777X wide-body, twin-engine aircraft which is planned to enter service in 2020 has been designed with the intention to redefine long-haul travel. Lufthansa, the first customer of the aircraft, has already revealed a new Business Class cabin concept for the new wide-body jetliner. The new Business Class cabin of Lufthansa’s 777-9 will be configured with a layout of both 1-2-1 and 1-1-1 seating, giving direct access to the aisles for all customers. The seats will be capable of extending up to 86.8″ when converted to lie-flat mode. Passengers will be able to access the in-flight entertainment and control the functions of the seat with the help of an Android-based tablet. Each seat will also include an inbuilt Qi-standard wireless charging pad that will work with the latest smartphones from Apple, Samsung, and other manufacturers. 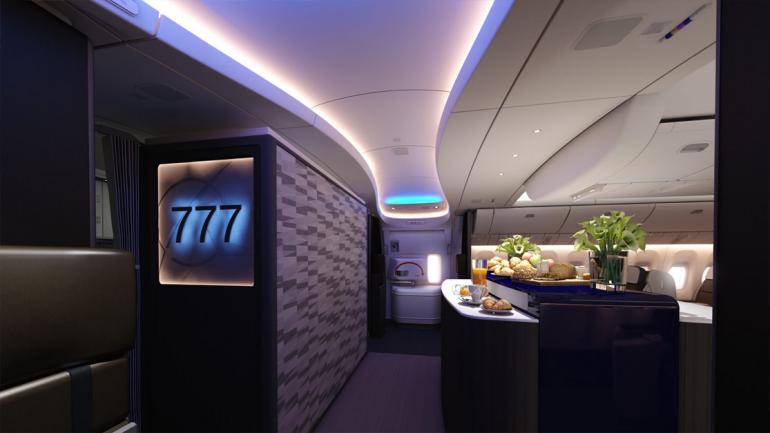 In the new layout, the passengers seated side by side are angled away from one another, but the privacy screen separating the seats can be lowered for passengers traveling together. Lufthansa’s new business class cabin won’t be installed on their existing jets and will be exclusive to the Boeing 777-9 jets. The 777X aircraft became famous for its foldable wing tips on its giant wing, which will help the wide aircraft to dock at normal boarding gates. It will be powered by a pair of all-new engine from General Electric, GE9X, which along with the new wing design will make it 20 percent more fuel-efficient per seat than the current 777. Additionally, the 777X will also feature a higher humidity environment along with a lower cabin pressure to make it more comfortable for passengers. 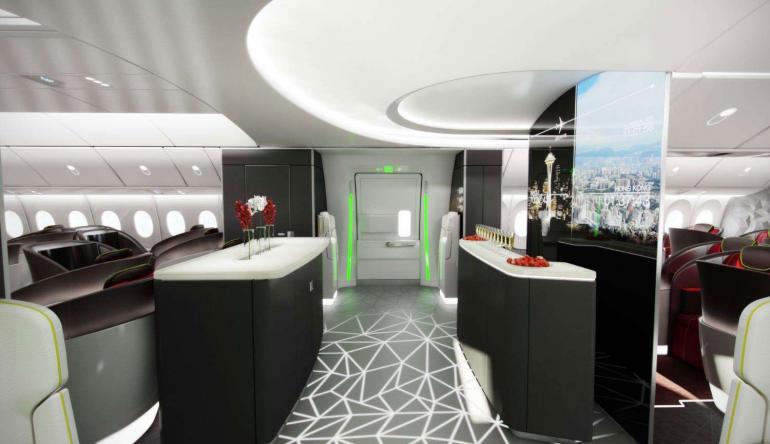 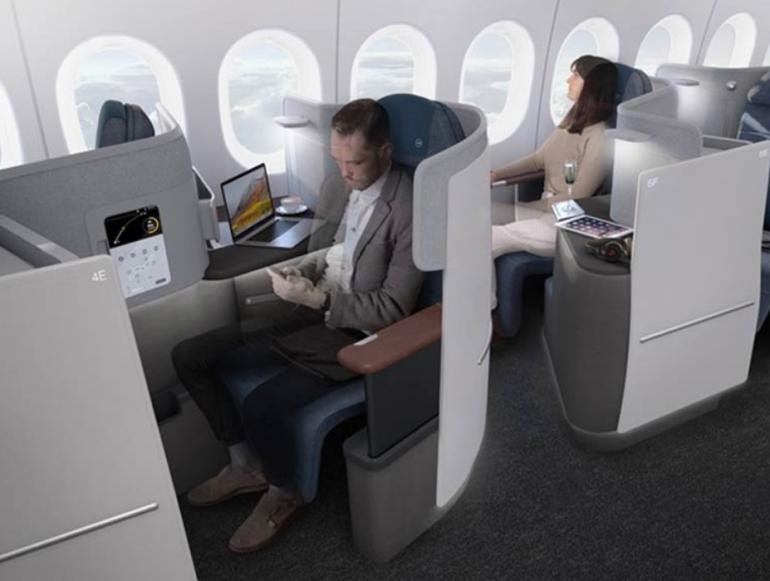 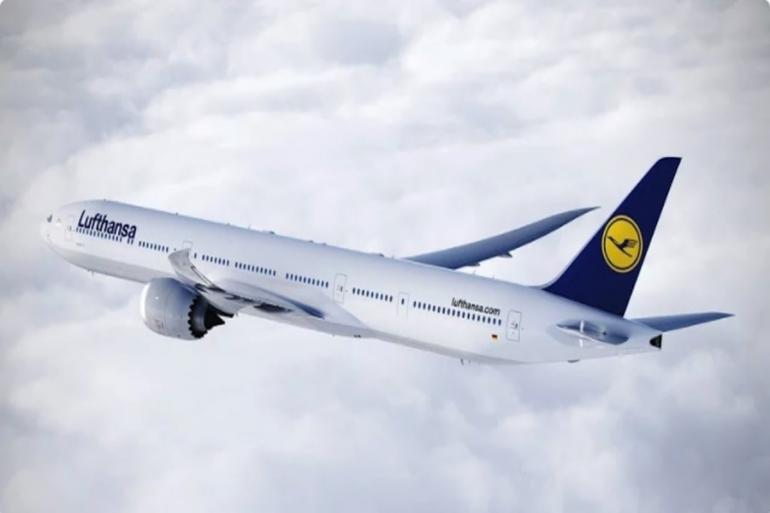 Tags from the story
Business-Class, Lufthansa