As GOT fans gear up for the final Games of Thrones season premiere on April 14, the plush Bellagio Hotel in Las Vegas is paying tribute to the series through a magnificent fountain display. The iconic Las Vegas Strip will witness an elaborate four-minute display which combines coordinated fountain action with music and video projections from the series. 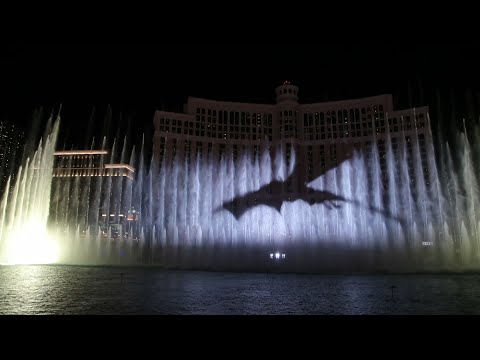 With a soft and subtle beginning, the display commences with the musical cue “Winter Is Here,” coupled with the projections of falling snow. Of course, the main title track makes an appearance, followed by the show’s logo. Iconic representations of the show like silhouettes of flying dragons and the Night King follow in the next sequence. 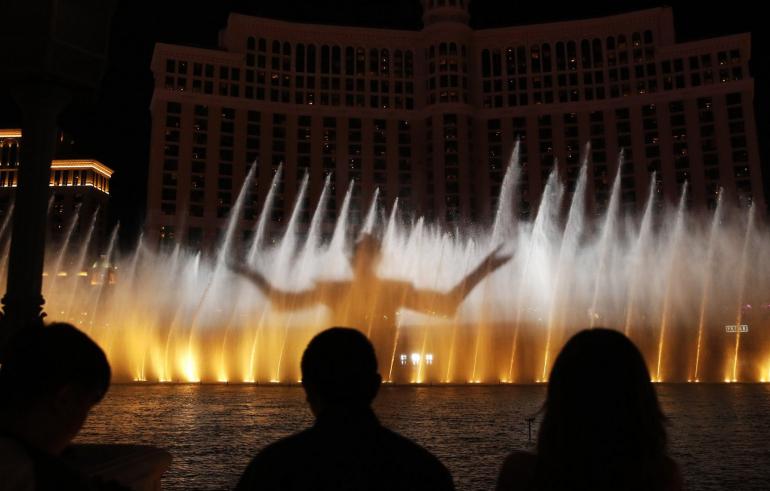 The fountain then throws together water visuals of a crown, the Iron Throne, and even the Wall, with the fiery breath of a projected dragon. Even if you haven’t been an avid admirer of the show, you would have still heard of the finale of season 7 – the undead Viserion, with the Night King astride him, breathes blue fire to break through the Wall – that too makes an appearance. 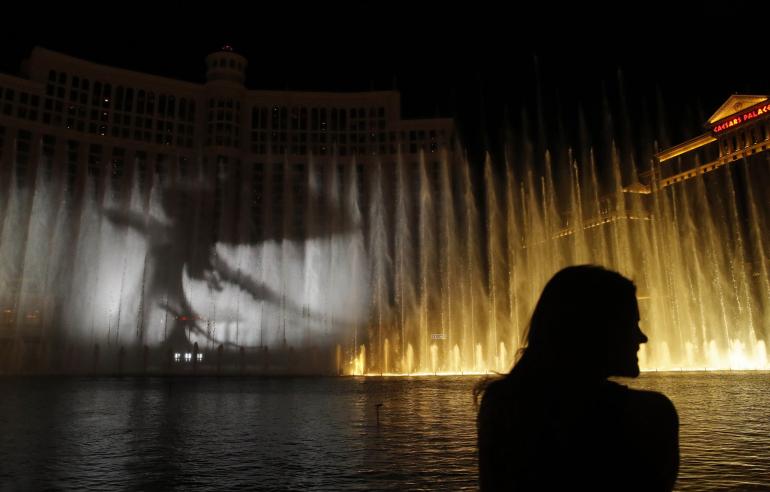 WET Design in collaboration with Thrones composer Ramin Djawadi, are behind the Bellagio fountain. “The Bellagio fountain is iconic. It’s known around the world, and so is Game of Thrones,” Djawadi told the Associated Press. “So, I think putting them together and seeing the music choreographed to a fountain like that is quite the spectacle.” 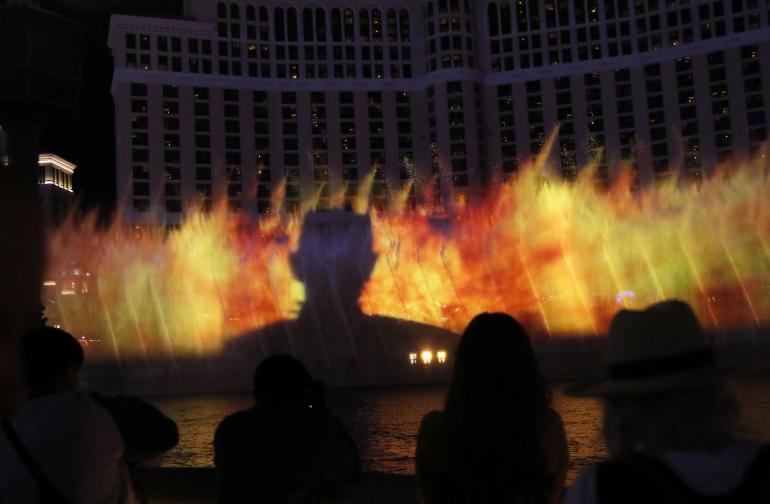 Witness this magical fountain display every night until April 13, the day before Game of Throne‘s final season premiere.