The uber-cool Londoner’s were in for a surprise on Monday as South Bank was converted into a desert. Yes, to mark Eden HD’s launch, a high-definition version of UKTV’s natural history channel Eden, a scaled-down version of the great Sahara Desert, was created on the South Bank. The set definitely succeeded in echoing the channel’s message of taking viewers to some of the most exotic and less visited places worldwide. The scaled-down version offered visitors a chance to experience the famed desert’s harsh climes and conditions. Creating this scaled-down version of the desert was definitely no easy task. The production team of eight craftsmen took around spent four weeks to create the 10 meters x 10 meters x 3.5 meters three-dimensional model desert. Complete with drifting dunes, palm trees, 4 tonnes of sand, a Bedouin tent, and a real camel, this set was definitely a great way to give visitors a glimpse of the Sahara Desert. 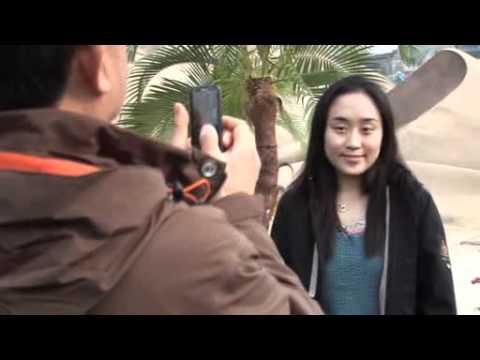 The desert recreation can fit 94,000,000,000 times into the Sahara, which itself measures more than 9,400,000 square kilometers. Have a look at the video of the installation of this set to see for yourself how London became home to the Sahara desert for a day.