There’s a reason they’re called once in a lifetime holidays – for most people they usually are experiences that they can afford to indulge in just a few times in their lives. It may be to celebrate a significant birthday or anniversary or even to splash out with an unexpected windfall. Unless you’re seriously wealthy, true luxury holidays are way beyond the pockets of most of us who have to settle for a couple of weeks lounging on a Mediterranean beach.

But we can all dream, and it’s not as if there’s a shortage of places to visit if we want to rub shoulders with oligarchs and other jet setters. So, without further ado, here are five of the world’s most exclusive holiday spots where you’ll be guaranteed more than just a hint of luxury. 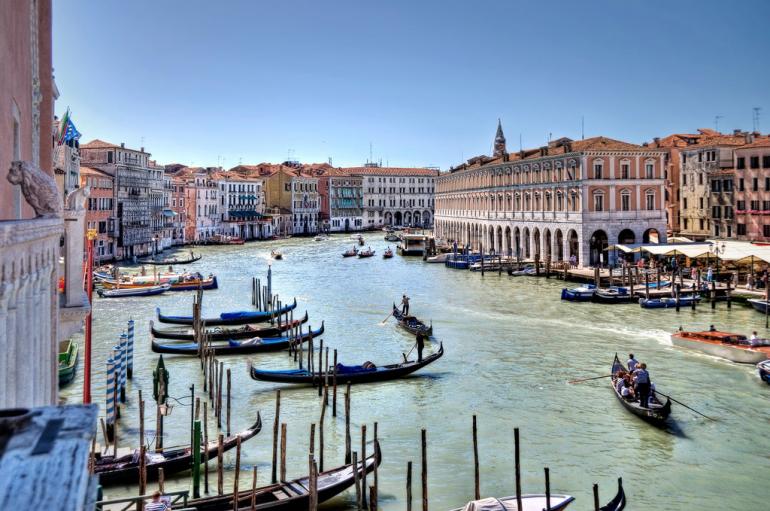 Venice
Although it’s certainly one of the world’s most visited cities with an estimated 20 million tourists arriving each year to savour its unique style and fading grandeur it’s also one where it’s very easy to spend a great deal of money very easily. For example, a suite at the 14th century Hotel Danieli overlooking the lagoon can cost up to 12,000 euros a night. But you do get one of the finest views in the city for your money.

Another great thing about Venice is that simply traveling from one place to another by canal is a unique way to experience its sights and sounds. Whether you travel by gondola at a slow and stately pace or in style in one of the classic water taxis whose owners take a real pride in polishing their wooden prows and ensuring everything else on board is in shipshape too.

As to what to do while in Venice, the list is almost endless from visiting St. Mark’s Basilica to exploring the Doges’ Palace and crossing The Bridge of Sighs. There’s also no shortage of superb restaurants to enjoy. But beware, the bill’s likely to go into the hundreds, if not even more if you don’t choose with care. 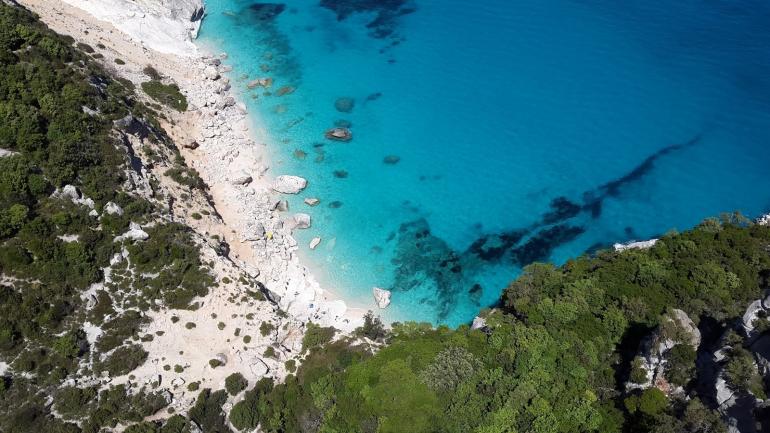 Costa Smerelda
Staying in Italy, albeit on the island of Sardinia, the 55 km long Costa Smerelda is where many of the world’s richest people head for each summer, even if it’s only to moor their multi-million euro yachts for a few nights in the exclusive Porto Cervo. To give you just a brief idea of how exclusive this is as a destination, the property is the most expensive in Europe at an average cost of 300,000 euros per Meter2. And the fact that much of its original development was funded by a consortium led by the Aga Khan shows that this certainly isn’t just another sunny holiday resort.

As to what to see and do in the area, celebrity spotting is an obvious choice with everyone from Sir Elton John to Lindsay Lohan choosing to make it their preferred destination for summer with the former favouring the exclusive Hotel Cala Di Volpe where just a double room will cost over 1400 euros per night. As for daytime entertainment away from the golden sands of the beaches, there’s also a thriving polo scene. 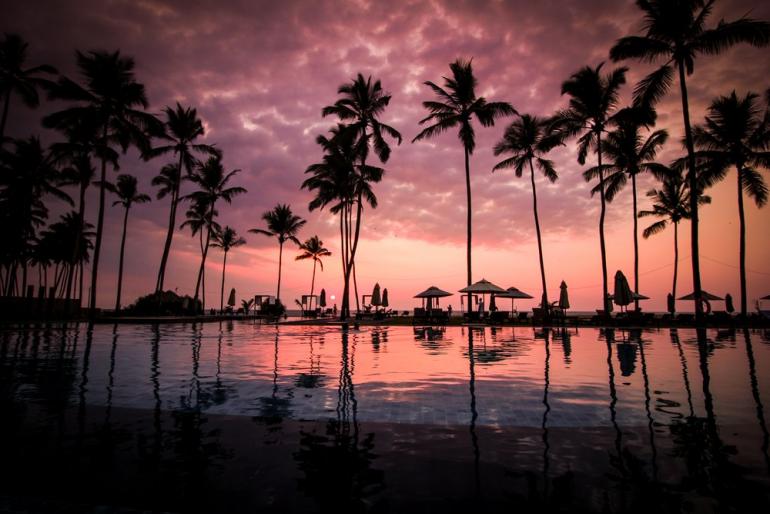 Hamilton Island
In 2009 Hamilton Island came up with a PR coup that soon made it a household name everywhere when it advertised “the best job in the world” – looking after this, the biggest of the Whitsunday Islands off the cost of Queensland, as its official caretaker. Nearly 35,000 people applied and when you take a closer look at what they were being asked to look after, it’s easy to see why.

With a near year-round perfect climate, Hamilton Island is the biggest of the island chain and the only one with a large enough airport for commercial jets to land. There are no cars on the island, just golf buggies that are used to ferry holidaymakers from place to place but at only 5km2 in area there’s never very far to travel. There’s a wealth of high-quality accommodation available including a number of luxury villas that can be yours for around Aus$2,000 per night.

There are daily boat trips out to explore the Great Barrier Reef and, naturally, it’s a paradise for snorkelers and scuba divers too. 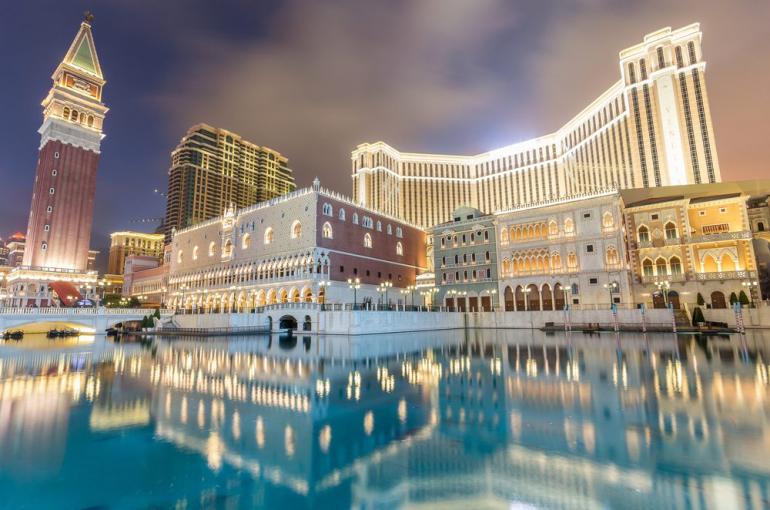 Macau
It used to be Las Vegas that attracted all the high rollers looking for the best games in town but in recent years, Macau has started to eclipse it to become the holiday destination for casino lovers. About 64 km west of Hong Kong, Macau is an autonomous Chinese territory that was under Portuguese rule until as recently as 1999.

Since its return to Chinese rule huge investment has gone into making it a truly world-class destination with massive developments like the Galaxy Hotel and Casino. This $1.9 billion resort opened it’s (very) luxurious doors in 2011and has since then gained the reputation as the best place to play poker in Macau, it’s easy to see why when you take into account the 31 poker tables. There are also all the standard table games you’d expect spread over five gaming areas plus spectacular features like the 3 meter high Fortune Diamond, a man-made crystal that rises from behind a waterfall in the main lobby and which symbolises good luck.

Away from the tables, Macau’s Portuguese past is there to be seen in everything from the style of much of the architecture to the salt cod and egg tarts that you’ll find on many restaurant menus. 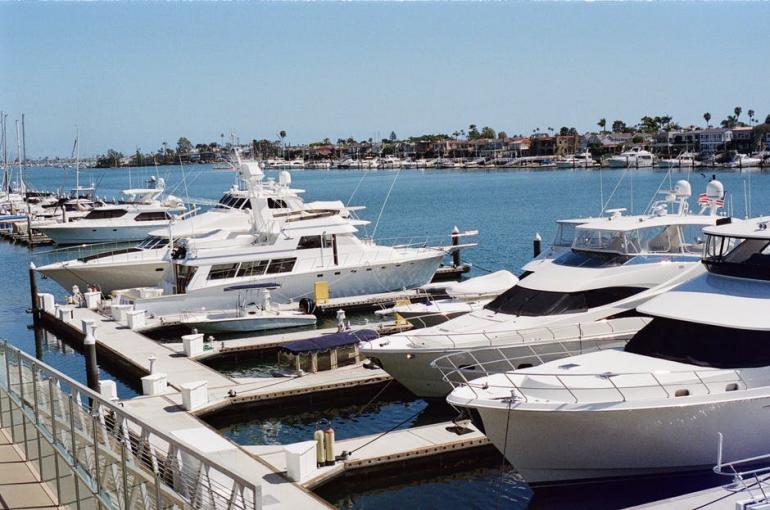 St Barts
There are no end of places in the West Indies that can provide a luxury holiday, but few are as exclusive as St Barts. Discovered in 1493 by Christopher Columbus who named it after his brother, Bartolomeo, it was the arrival of the famous millionaire David Rockefeller in 1957 who first put it on the map as the playground of the rich and famous.

If you’re looking for pristine beaches with white sand and the chance to indulge in some world-class shopping then this is certainly the part of the Caribbean that you want to head for. There’s a great choice of five star accommodation too, including the legendary Eden Rock Hotel where the price for sharing your accommodation with a celeb or two can be as much as $3,000 per night. But once you experience the faultless service and amazing views you may well agree that it’s money well spent.

So hopefully this has given you some inspiration about how to spend that lottery win or other sudden windfall. And if this never happens we all, at least, can dream . . .