This case shows considerable similarity to that of Kopi Luwak, the most expensive coffee in the world. A very confident Chinese entrepreneur, An Yanshi, who actually happens to be an amateur at tea harvesting, is convinced that he has found the key ingredient to produce the world’s most expensive tea — panda dung. The 41-year old calligraphy teacher has left his old job at Sichuan University to pursue the new project that he is so passionate about. He has purchased 11 tonnes of excrement from a panda breeding center to fertilize a tea crop in the Sichuan Province mountains in southwestern China, the dwelling place for Pandas. The first batch of tea leaves that he produces this spring will be slapped with a price of 220,000 Yuan ($35,000) for 500 grams (18 ounces), which is in line with the Chinese notion drinkers that the first batch harvested in the early spring is the best. He was so sure that his concept would be a rage, which is why he went so far as to patent the idea conceived by his company- Panda Tea.

The reason quoted by An for picking Panda excreta as fertilizer is that the bears absorbed less than 30 percent of the bamboo they consumed and excreted the remaining. He claims that his green tea will help people lose weight and protect them from radiation, but it has drawn considerable doubts and criticism about the purported health benefits. 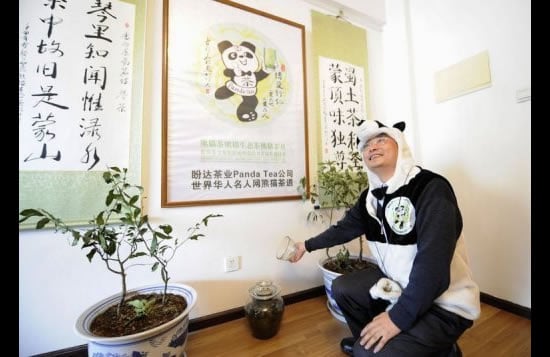