It was back in 2009 when A. Lange & Söhne surprised everyone by introducing the Zeitwerk, which is arguably the watchmaker’s most unconventional watch to date. Over the years, the German manufacturer of luxury and prestige watches has come up with several different iterations of the Zeitwerk, including the Zeitwerk Minute Repeater and the Zeitwerk Decimal Strike. However, 13 years after the launch of the original Zeitwerk, A. Lange & Söhne has finally revealed the second generation model of the revered digital watch. The new A. Lange & Söhne Zeitwerk might appear to be almost identical to its predecessor unless you look closely to notice all the subtle tweaks and changes. 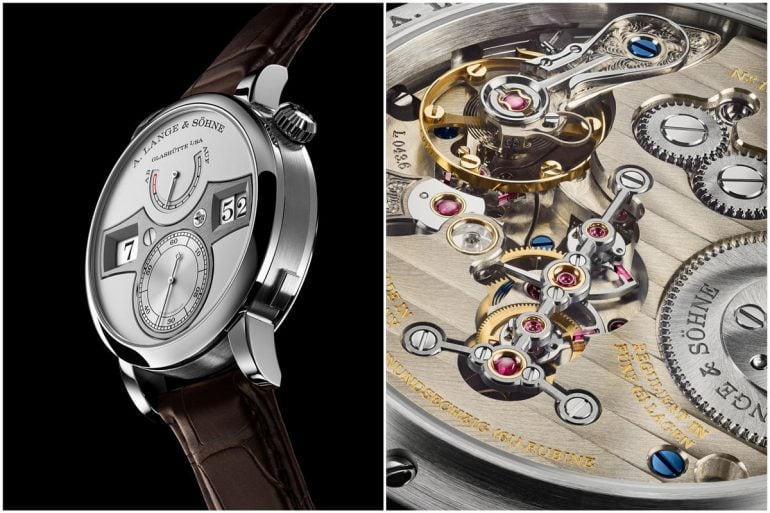 The new Lange Zeitwerk has been launched in a choice of two different case materials – platinum or 18k pink gold case. The watchmaker has managed to slim down the case marginally, which now measures 41.9mm × 12.2mm, making it thinner by 0.4mm. Another change to the case is the addition of a pusher at the four o’clock position that allows for the rapid forward adjustment of the jumping-hour display. As far as the dial is concerned, Lange has made very minute changes to refine the beautiful design. It still has the “time bridge”, or the zeitbrücke, that frames the opposing jumping hour and minute apertures and the running seconds sub-dial located in the six o’clock position. The size of the sub-dial has been increased to improve the overall symmetry and the signature “Made in Germany” inscription has been moved from outside the sub-dial to inside. Additionally, the power-reserve display’s final two notches are in bright red. 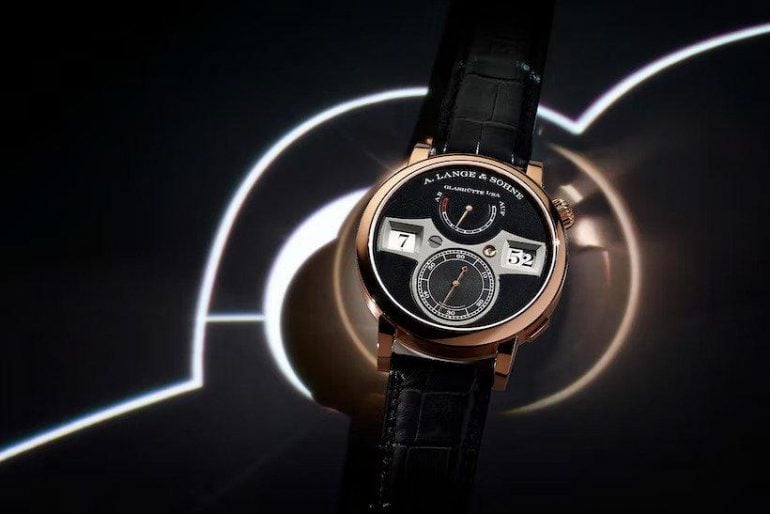 The timepiece is powered by the brand-new manual-wind caliber L043.6 – an updated version of the movement found in the original Zeitwerk. It features an upgraded barrel design housing two mainsprings, giving it a substantially improved power reserve of 72 hours over the previous generation’s dismal 36 hours. The number of components has also increased by 63, taking the total to 451 individual pieces. The version with a 950 platinum case and a rhodium-tinted silver dial comes fitted with a dark brown alligator strap, while the 18k pink gold version with a black dial features a matching black alligator strap. The watches are priced at $112,000 and $101,000 respectively and are available now via A. Lange & Söhne retailers. 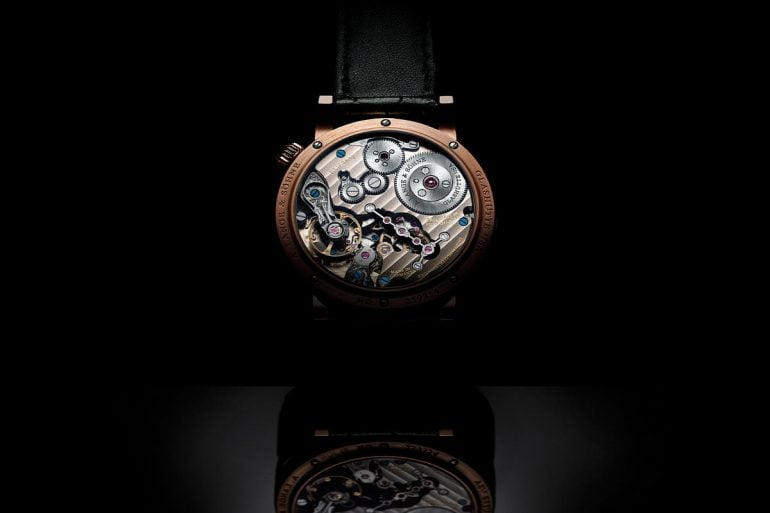