Watch nerds will love the newly revealed limited edition version of A. Lange & Söhne’s 1815 Tourbillon. The original was launched four years ago and boasts a stop-seconds mechanism for the tourbillon with the Zero-Reset time-setting feature, which is a delight to watch lovers who love complications and technical innovation. These patented mechanisms allowed the watch to be stopped and then set with one-second accuracy. 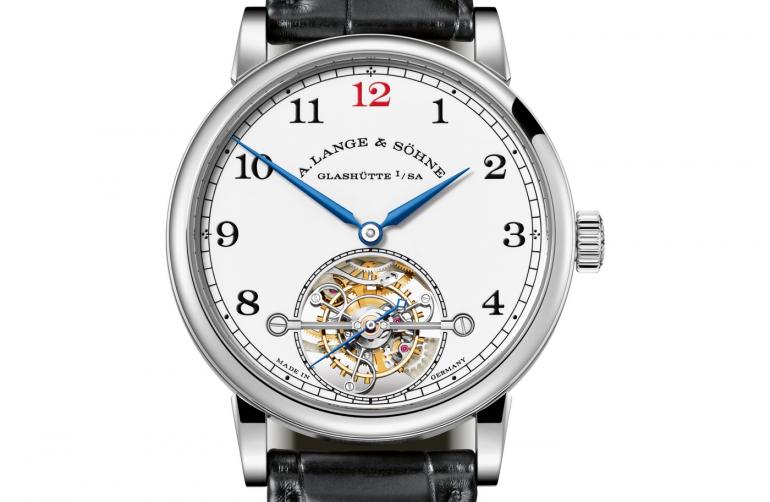 The new limited edition with its platinum case and white enamel dial captures the minimalist aesthetic that we love in A. Lange & Söhne watches. Only 100 of these watches have been created and each of the 39.5-millimetre cases is individually numbered. The clean and simple dial is offset by the aperture at 6 which reveals the one-minute tourbillon, suspended beneath a black polished bridge. The calibre L102.1 meanwhile can be spied through the sapphire crystal caseback. 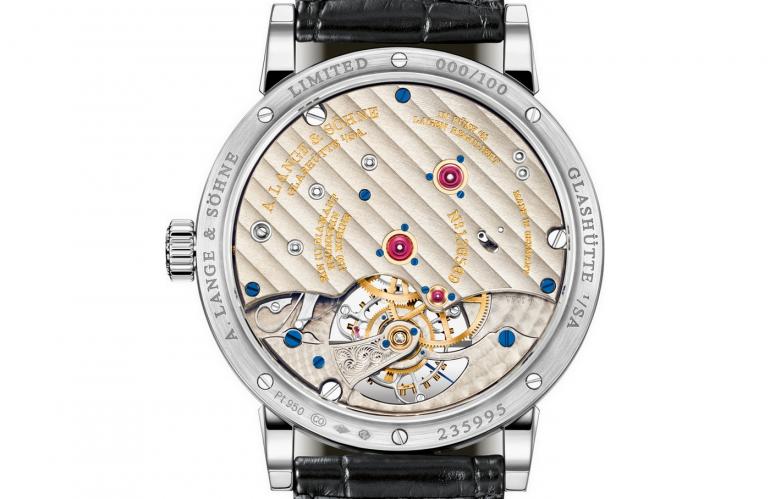 Lange’s experts have engineered a logical refinement of the intricate filigreed complication by adding two patented mechanisms. First introduced in 1997 with the LANGEMATIK model, the ZERO-RESET mechanism interacts with the stop-seconds mechanism for the tourbillon – patented in 2008 – to assure one-second accuracy when stopping and setting the timepiece.

This understated but eternally elegant watch is completed by a black alligator strap with a platinum clasp. The 1815 Tourbillon is priced at $197,200.