It’s not often that luxury brands show a sense of humor but when the occasion calls, some companies truly rise to the challenge. In a bid to protest the “Swiss Made” symbol that is found on watches that aren’t totally made in Switzerland, watchmaker H. Moser have debuted the Swiss Mad watch with a case made of Swiss cheese! To be labelled Swiss Made the essential criteria is that a watch’s production value needs to be of Swiss origin and it must be assembled and tested in Switzerland. This means that some elements of watchmaking and production can be easily outsourced, H. Moser is using their hilarious watch to make a statement about this practice. 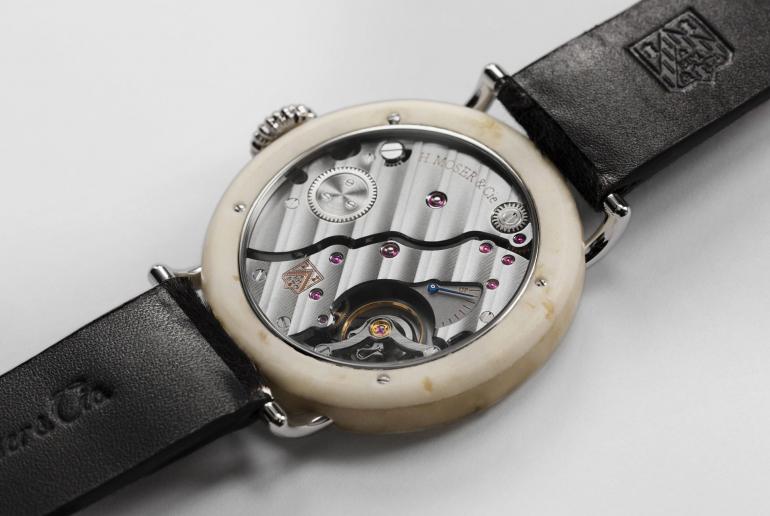 A Vacherin Mont d’Or médaille d’or cheese forms the watch case and resin has been used to keep it solid. Inside is the in-house HMC 327 caliber, a hand-wound movement with a three-day power reserve. Only one such watch has been created and it bears the heavy price tag of 1,081,291 Swiss Francs (approximately $1.07 million). The price is actually a reference to the signing of the Swiss Federal Charter on August 1, 1291.

Moser stated that the money from the sale of this unorthodox watch will become part of a fund that will “support independent Swiss watchmaking suppliers currently suffering under the difficult economic situation and outsourcing to Asia.”