Timepieces are certainly one of those jewels that end up being heirlooms, but they also tend to be clunky. Arnold & Son have launched the world’s thinnest tourbillon watch, which measures just 8.34mm even when it’s cased. The Ultra-Thin Tourbillon Escapement (UTTE) comes with an A&S8200 movement. The UTTE measures just 2.97 mm. Arnold & Sons developed the A&S8200 at its La Chaux-de-Fonds workshops. Part of Arnold & Son’s Instrument Collection, the UTTE comes with classic style and precision of the highest grade. The timepiece is hand-wound, and the silvery-white Cotes de Genève rayonetted make the watch a really elegant machine to purchase.

The case is made from 18-carat red gold. The fact that it is the world’s thinnest tourbillon watch should be enough to convince people to buy it. Certainly, thinner gadgets and devices have an allure of their own that can’t be compared with bulkier and larger-sized timepieces. This elegant UTTE will snugly fit on the wrist without looking ostentatious but will spread an aura of luxury and class of its own.

READ:  In a first for an airline Cathay Pacific appoints swiss watchmaker Bedat & Co as their official timekeeper 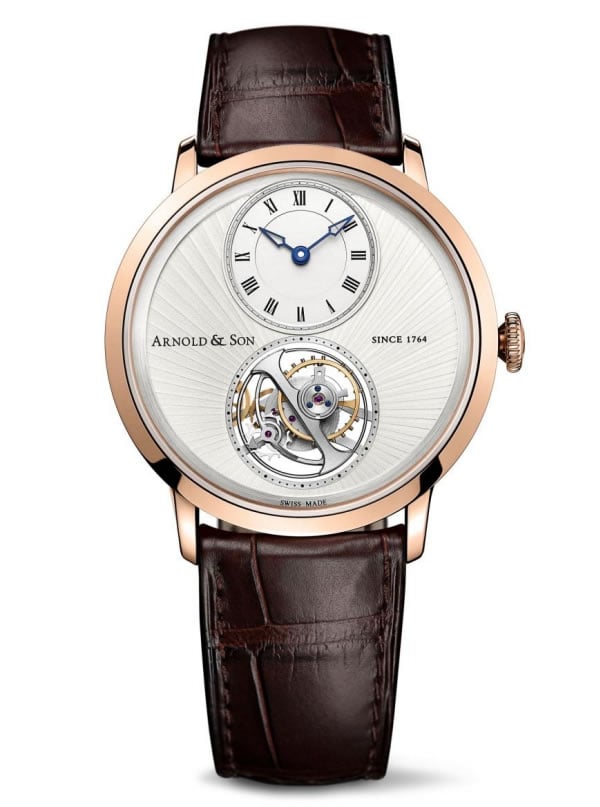 From California to Virginia: Mercedes Benz has partnered with Auberge Resorts and…