A journey that started back in 1999 still continues in style and elegance. Audemars Piguet had drawn association with the prestigious Queen Elizabeth II Cup in Hong Kong, and has ever since celebrated and intensified the commemorated event each year with a number of interlinked programs along with the much awaited horse racing. Every year we witness equisite versions of the Audemars Piguet Queen Elizabeth II Cup. Just as last year Audemars Piguet stunned us with its 2012 collection of the series, this year they are all set to awe us with its 100-piece limited edition! 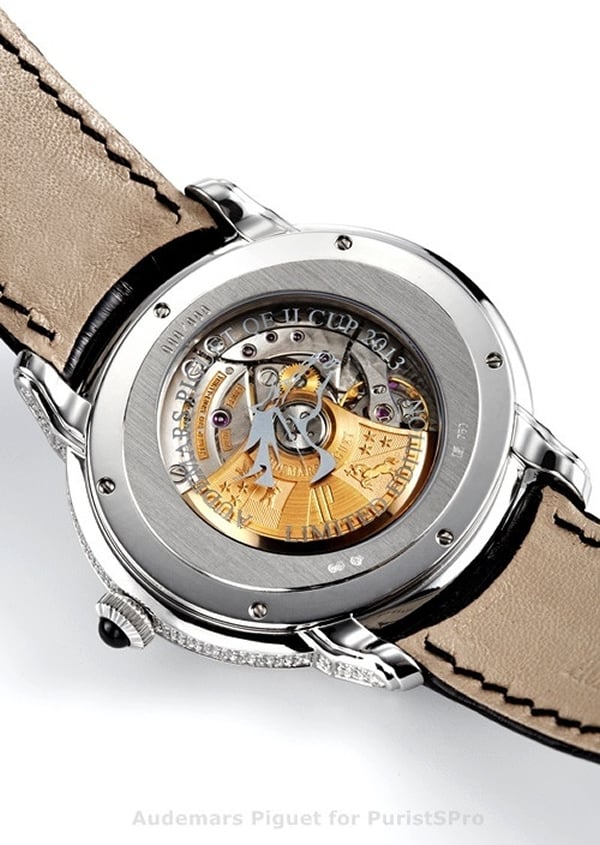 Wrapped in luxury, the 2013 collection of Audemars Piguet Queen Elizabeth II Cup is a definite ‘object of envy‘ to own. Lavishly studded in diamonds of IF (Internally Flawless) clarity on its dial, buckle and 18-carat white gold case, the Audemars Piguet Queen Elizabeth II Cup 2013 timeteller is a stunner through-and-through. The inner dial sports a stylishly paved-off disc with roman numerals. Its blackened steel hands with handstitched black crocodile leather straps are the finishing touch of elegance to the watch.

The latest for private jets – Take a look inside the world’s first-ever flying nursery which comes complete with a double bed, starlit ceiling, a mini rocking horse and a lot more