Bell & Ross is best known for its military and aviation-inspired watches with relatively affordable pricing. However, last year, the French watchmaker displayed its ability to create much more complex timepieces slotted in the ultra-high-end segment by introducing the BR-X1 Tourbillon Sapphire – the brands most expensive timepiece with a case made entirely from sapphire. Building on the success of the half a million dollar transparent watch, Bell & Ross has unveiled the latest addition to its BR-X “Experimental” collection: the BR-X1 Skeleton Tourbillon Sapphire. Taking the minimal approach even further, the new timepiece carries the brand’s core design language and has the same square 45mm case, screwed together at each of the four corners, but made entirely out of sapphire. 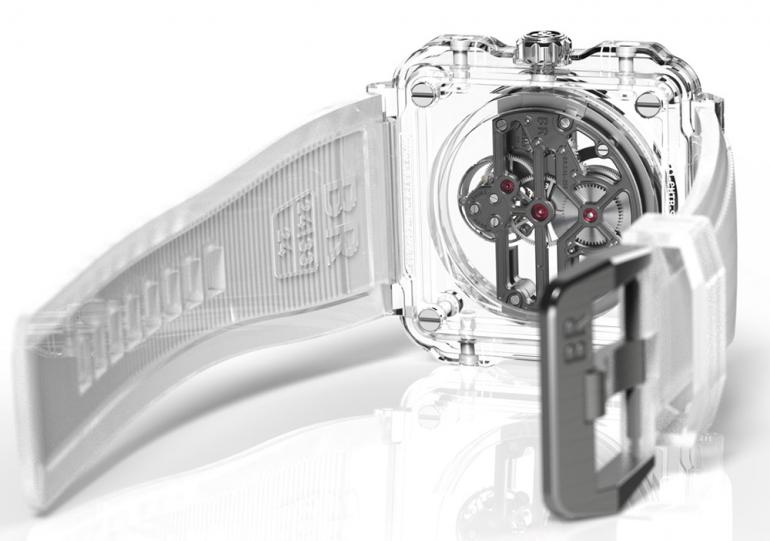 The watch uses the BR-X1 case assembled from five, instead of nice, very carefully carved sapphire blocks. The hand-wound skeleton movement has its hour and minute hands restricted to the upper 12:00 region of the dial. The tourbillon, on the other hand, is right below it visible near 6 o’clock, and appears to float, suspended in the middle of the case from the skeletonized bridge. The manually wound movement, the caliber BR-CAL.288 with tourbillon escapement, offers a maximum power reserve of 100 hours. Completing the see-through design scheme is the translucent rubber strap. Only eight pieces of the Bell & Ross BR-X1 Skeleton Tourbillon Sapphire have been produced and its priced at $385,000 apiece. 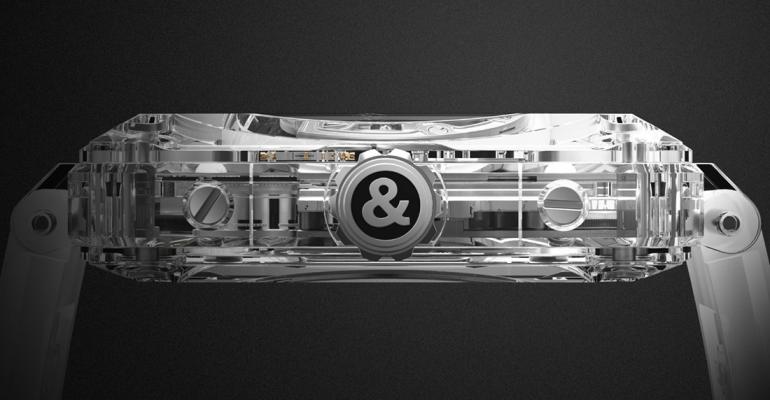 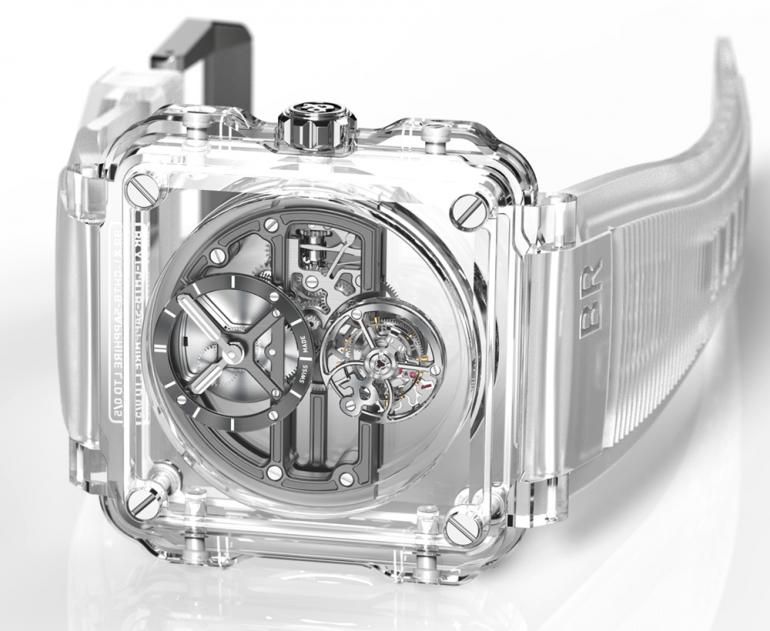 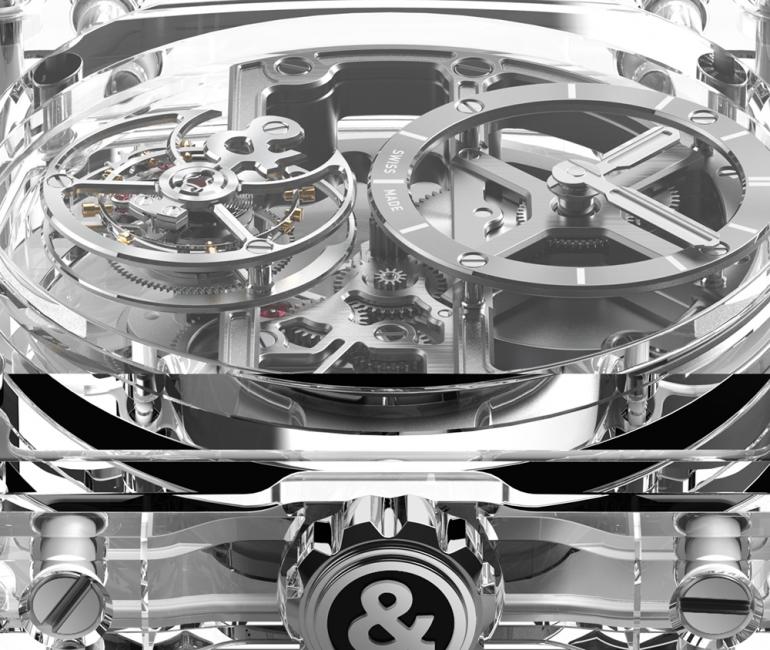 Tags from the story
Bell-and-Ross, Tourbillon