Briteling is back at it again. After the success of Calibre 27B for Bentley, Breitling now will introduce special all-white “Ice” versions of the Bentley GT and Bentley GT Racing chronographs at Baselworld 2011. Already distinguished by their size, which is more compact than any other Breitling for Bentley models, these chronographs are made to fit all kinds of wrists.

Adorn with Ice White dial – an exclusive Bentley livery color –these wristies replicate the dashboards of Bentley Grand Tourers. So the bezel is reminiscent of the marque’s control buttons and the caseback bears a medallion with the outline of the famous Bentley Continental GT. Selfwinding, these Breitling Calibre 13B chronographs also boasts of bidirectional rotating bezel serves to activate the “variable tachometer”, which enables the user to measure mean speed whatever the time elapsed, the distance covered or the speed reached.
No word though on the production pieces, but both GT Ice and Bentley GT Racing Ice can be yours for a sum of $7,165. Only. 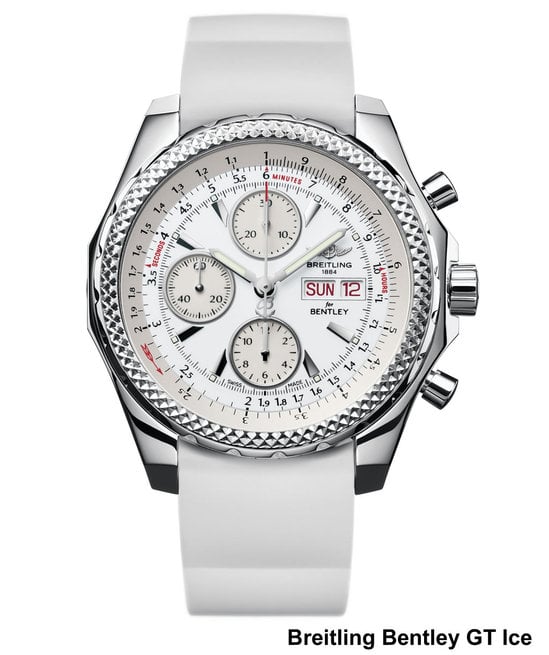