The Opening Ceremony of the Games of the XXIX Olympiad in Beijing got a lot of attention and the show was a spectacular one. That apart, another opening ceremony that garnered a lot of attention and accolades was the Grand Opening of the OMEGA Pavilion on the Olympic Green which was witnessed by several hundred members of the international press and the who’s who of the world. The occasion was attended by the glitterati in large numbers. Seen sparing their valuable time at the opening ceremony were Swatch Group CEO Nick Hayek, OMEGA President Stephen Urquhart, and OMEGA Olympic Manager Christophe Berthaud were joined by Jacques Rogge, President of the International Olympic Committee, Tu Mingde, the Assistant to the President of the Beijing Olympic Committee for the Olympic Games (BOCOG) and Gerhard Heiberg, head of the IOC’s Marketing Commission. Highlighting the Olympic spirit, were the four OMEGA brand ambassadors with dazzling Olympic credentials. As always Omega outshines with its magnanimous 2,500 square meters pavilion that will be divided over two floors and include a vast exhibition area, a boutique, and a stage for special events.

This is gonna be a must watch as not only are they displaying their legendary watches but also the timekeeping equipment which the Swiss watchmaker has introduced to the world of sport over the past several decades. If you are going to be a part of the olympics at Beinjing then make sure you check it out from 10 a.m. to 8 p.m. every day of the Olympic Games. 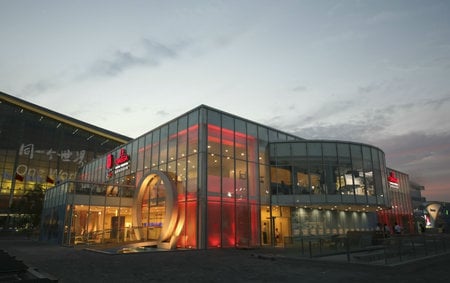 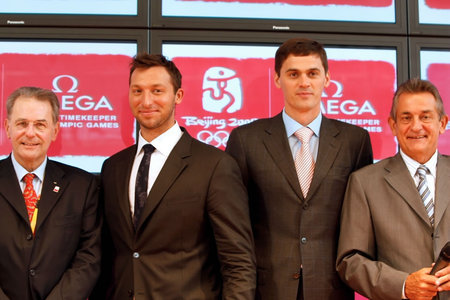 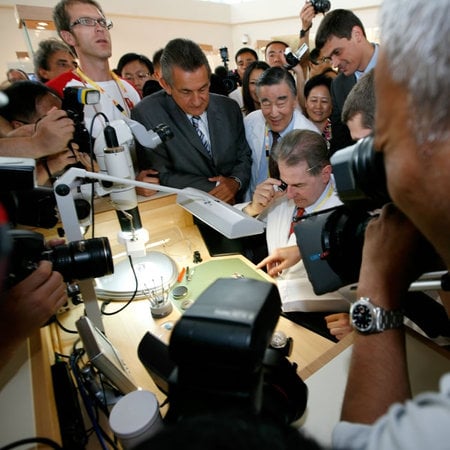