The world is shrinking, and people shuttle between continents all the time. Probably this is what urged Bulgari to bring out the new Bulgari Papillon Voyageur from the Daniel Roth Collection. This is the second watch to feature their patented minute’s display system after the Papillon Chronograph in 2010 and sports a dual-time reading technique. The chronograph is simple to decode; the local time is displayed through a vertical aperture at 12 o’clock, calibrated around a 24-hour scale. “The dual time-zone indication is provided by a central blued open-worked GMT hand sweeping around a 24-hour graduated guilloché disc and adjusted according to the chosen time zone using two push-button respectively situated at 10 o’clock (+) and 2 o’clock (-).” The minutes can be read using the Papillon device, located at the dial center. The device displays “measured minutes via an ingenious device connected to the bearing disc. The latter performs a complete 360° rotation in two hours and bears two independent retractable lozenge-shaped hands running in turn over two 180-degree segments.”

The watch sports color contrasts, which is reminiscent of the Daniel Roth Collection, where the lower part of the dial has a satin-brushed black gold look, and the dial also comes with a fine guilloché motif. Powered by the in-house movement, the watch comes in a double-ellipse 18-carat pink gold case with 30-meters of water resistance and a 45-hour power reserve. The watch is finished with an alligator leather strap adorned with a pink gold triple-blade folding clasp. The Bulgari Papillon Voyageur will be limited to just 99 pieces. 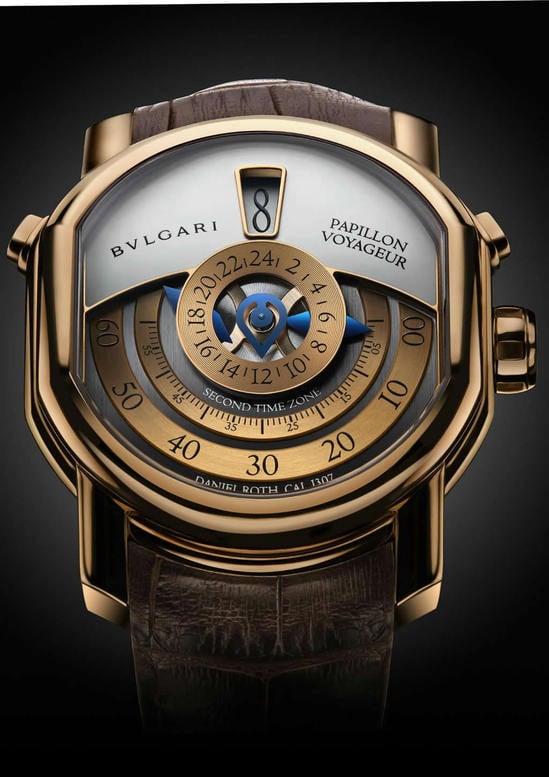 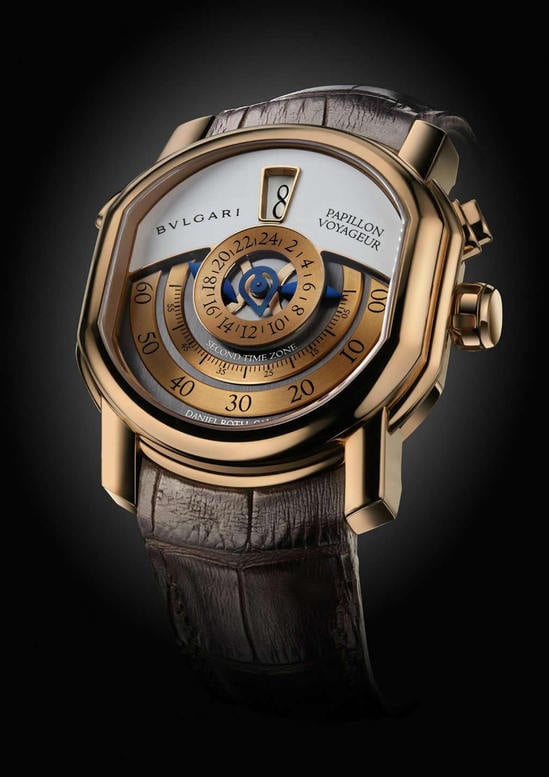 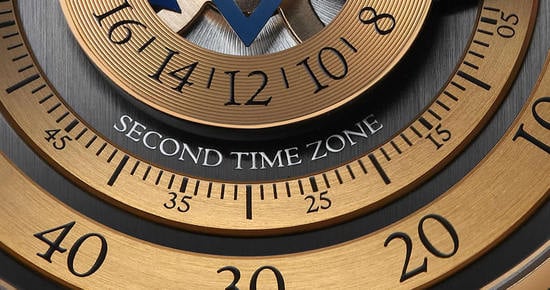