Deftly blending its Italian heritage and superior watch making ingenuity, Bulgari celebrates its 130th anniversary with a new LVCEA timepiece that was first introduced at Baselworld earlier this year. Set with pink cabochon cut stone and diamonds, the LVCEA glimmers with eternity of sunlight while remaining firmly anchored in the lineage and timeless elegance of Bulgari’s exquisite jewelry making. 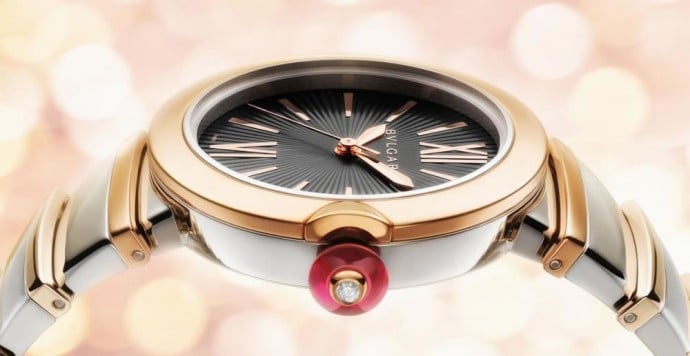 Designed for a slender female wrist, the LVCEA pays a tribute to the sundial while recalling the ancient Roman heritage. It was in Rome that both the sundial was first used as a primordial means of timekeeping and the Bulgari house was founded. This is why various models in the collection have sundials with Roman indexes XII and VI. 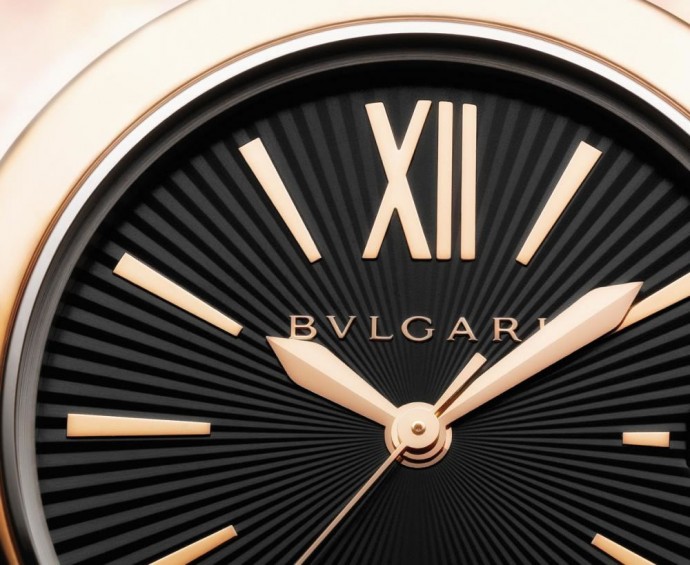 Bulgari creates the LVCEA with a modern architecture, with the case’s celestial circle drawing the unending passage of time. Resplendent with light, the LVCEA collection includes 12 different styles, ranging from a classic steel version to the pink gold and pave diamonds. 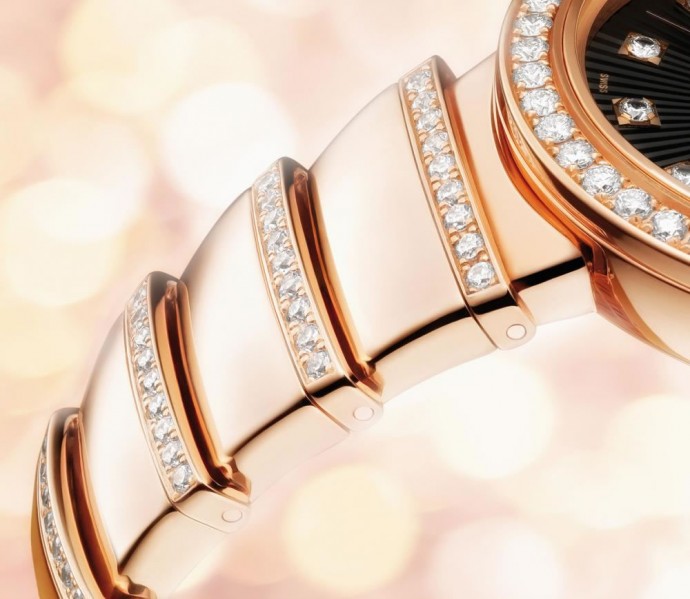 Shining like the aura of a woman, the timepieces reflect the character of pure metals and a precise automatic movement. With trademark Bulgari flair, pink cabochon cut stone, diamonds set into the crown and the steel/pink gold bracelet, the versatile timepiece is fit for all occasions. 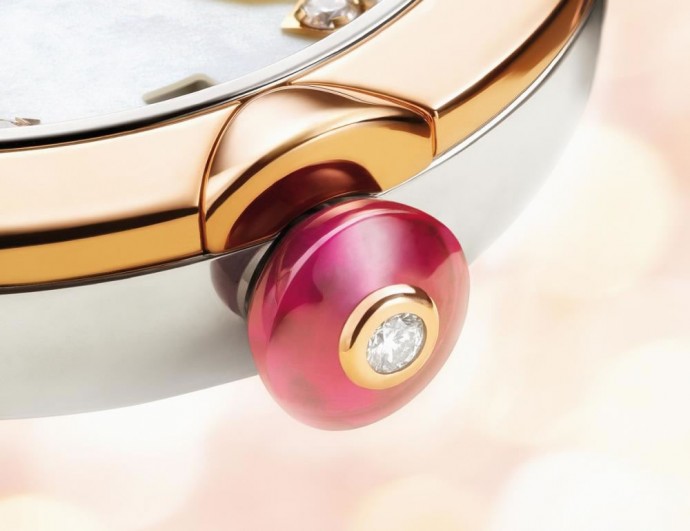