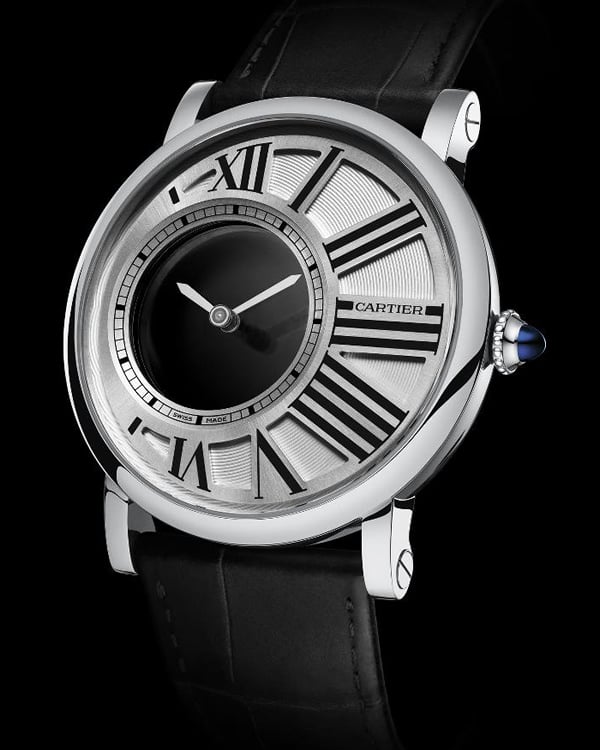 Rotonde de Cartier Mysterious Hours is available in two royal colors- white and rose gold with a 42mm case of a height of 11.6mm. Though the editions are not limited, they are a few counted ones. The rose gold is available at the astonishing price of $47,852.95, and white gold for $51,182.65.But what is lures are the jeweled versions with either diamond-set bezel or dial and bezel, available at a price ranging from $67,807.70 to $94,386.52. 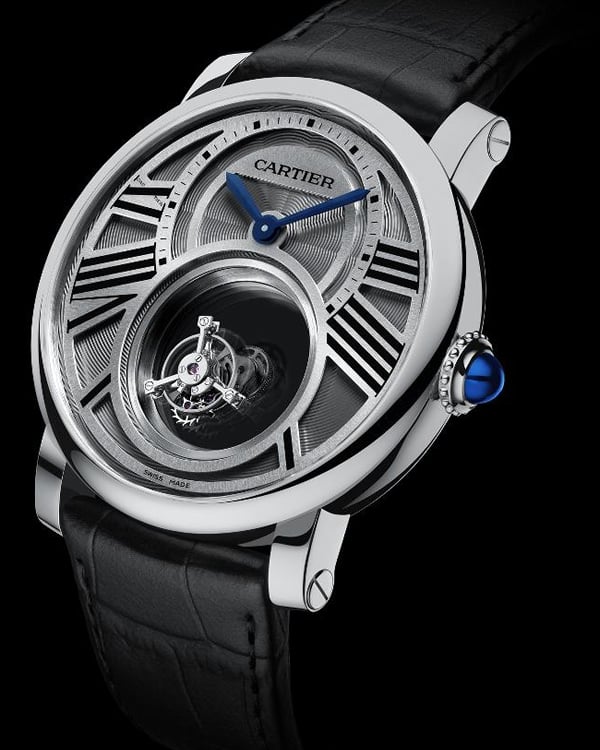 Rotonde de Cartier Mysterious Double Tourbillon is available only in platinum and comes in a case diameter of 45 mm. Unlike Mysterious hours it is not a numbered production and is priced at $159,544.02.Another attraction of the watch is its two limited editions fully set with diamonds, either on a leather strap or fully paved bracelet available at a price of about $ 611,567.12 and $ 1597320.