Cartier, which had announced its Les Heures Fabuleuses collection a little while ago has now unveiled its Métiers d’Art, Crocodile Watch which comes with a cameo motif of the dreaded water reptile in natural agate. The timepiece also comes with a flying tourbillion complication. Cartier took a drastic and daring step in its application of the cameo technique to the art of watch-making. It requires unique expertise to tame the agate stone and ensure that a crocodile’s motif is carved into the dial of a watch is especially adventurous on the part of the watchmaker. 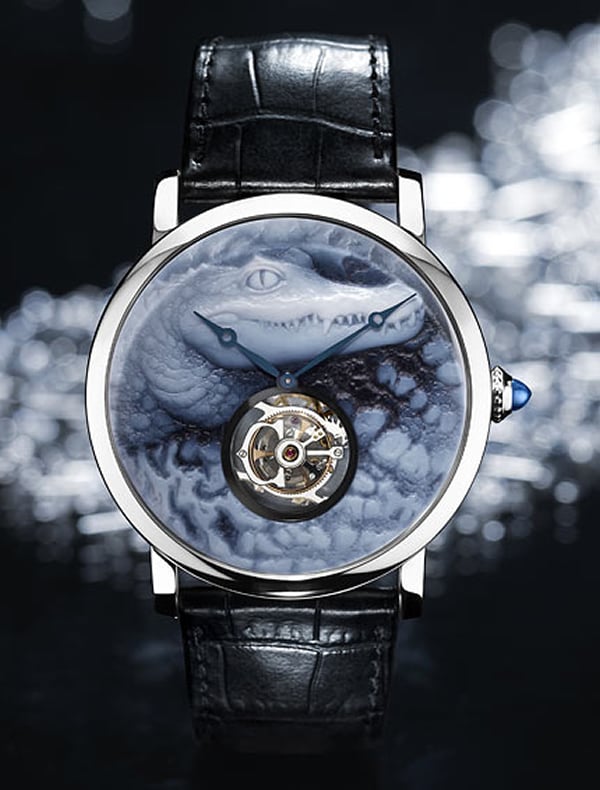 The technique has helped Cartier bring out various hues of bluish-black to shimmering white, highlighting the aquatic abode of the crocodile. It almost looks as if the terror-inspiring crocodile is frozen in time, in the depths of the azure shades of the agate. It is not a wonder then that this timepiece also comes with the Geneva Seal.

READ:  Here is how you can shop for luxury watches on a budget

The collection is limited to just 30 pieces, and the case is made of 18-carat white gold. The crown consists of a sapphire cabochon, and the strap is made from black semi-matt alligator skin. The watch also comes with water resistance up to 30 meters deep.