The age of the wrist watch is only peaking at the moment, what with designers producing exquisite timepieces infused with technology and delivering the final sweep to push customers over the edge into the abyss of choice. Only recently was a truly magnificent timepiece displayed amongst a plethora of others; the Christophe Claret Aventicum isn’t just a masterpiece in terms of aesthetics and elegance, but also has that added technological edge that makes you want to whip out your credit card and blindly swipe without checking the price. 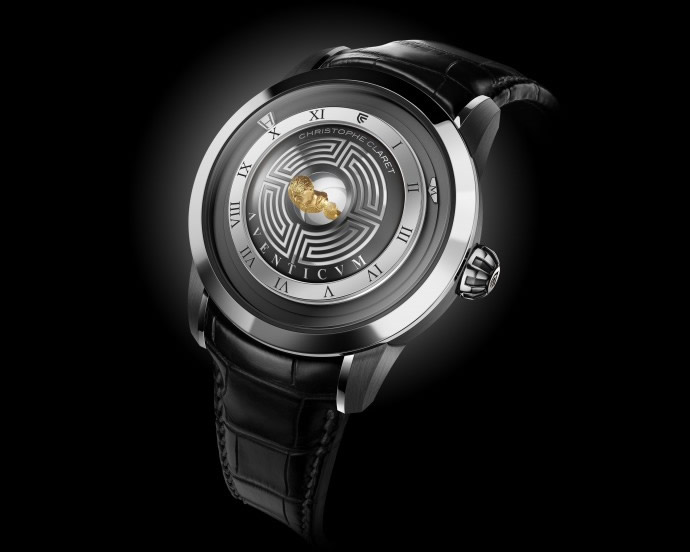 Unveiled at the 2015 Salon International de la Haute Horlogerie, the Aventicum was an eye-catcher for a number of reasons, but its hologram of Roman emperor Marcus Aurelius that features in the center of the dial is what’s truly inspired. Using a mirascope which uses a pair of parabolic mirrors to create a magnified projection of an object placed inside, the Aventicum thus emanates a “projection” of a replica solid-gold bust of the Roman emperor in the middle of the dial. The actual bust (larger in size of course) was unearthed in 1939 during routine maintenance of an old pipe. 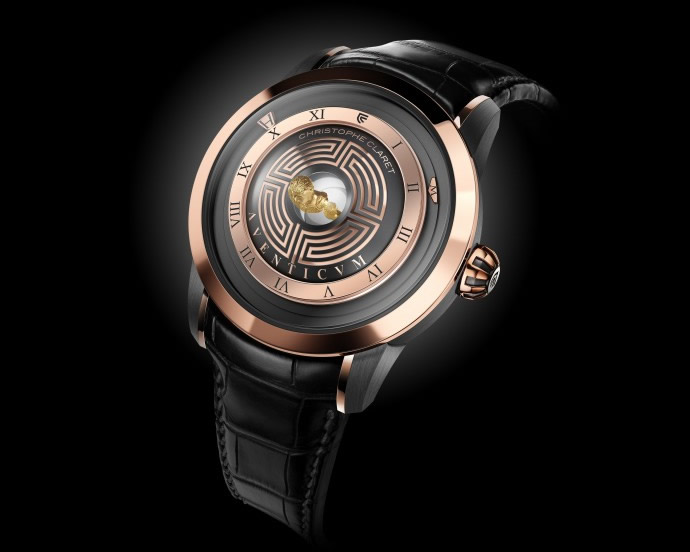 The beautifully crafted watch is designed with a very Roman motif that includes Roman Script and corresponding numerals engraved into it. Two highlighted markers viz. ‘H’ to indicate hours and an ‘M’ that indicates minutes, rotate along the outside of the numbered watch-face. Placed snugly beneath the surface and visible through the crystal rear is the Aventicum’s sapphire rotor. And just to add that added touch of sheer extravagance, meticulously craved etchings of five chariots also feature on the rotor and also move as it winds the watch. When the rotor stops moving, the chariot that stops above the name ‘Marc Aurele’, that appears at the 6 o’clock position, seems to indicate that it has won the race. And the final touch is the Latin engraving – Perfice omnia facta vitae quasi haec postrema essent (Translation “Perform every act in life as though it were your last”) – on the rear. 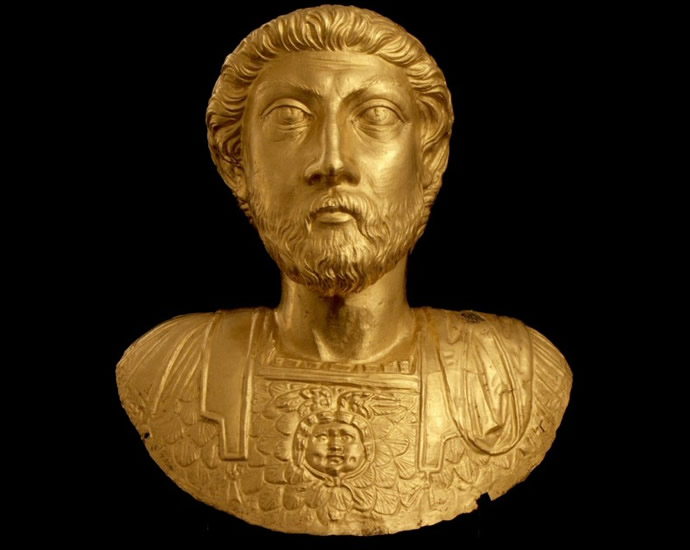