A decade after his father unveiled the Only Watch charity watch sale, Paul Pettavino has shown that nothing can dampen his fighter spirits. Nothing. No weak muscles, nothing at all. For this event has helped design a watch in collaboration with Louis Vuitton to present something as vibrant and striking as this talented teenager’s high spirits. The Louis Vuitton Escale Worldtime Only Watch 2015 ‘The World is a Dancefloor’ is like the UN trying to get into some groove. LV’s Escale Worldtime watch with its 30-colour palette gets an equally colourful hand-painted checkered dance floor motif. The watch shows the world time without using a single hand while time in 24 time zones is shown by three different hand-painted mobile discs – city disc, hour disc and minute disc. 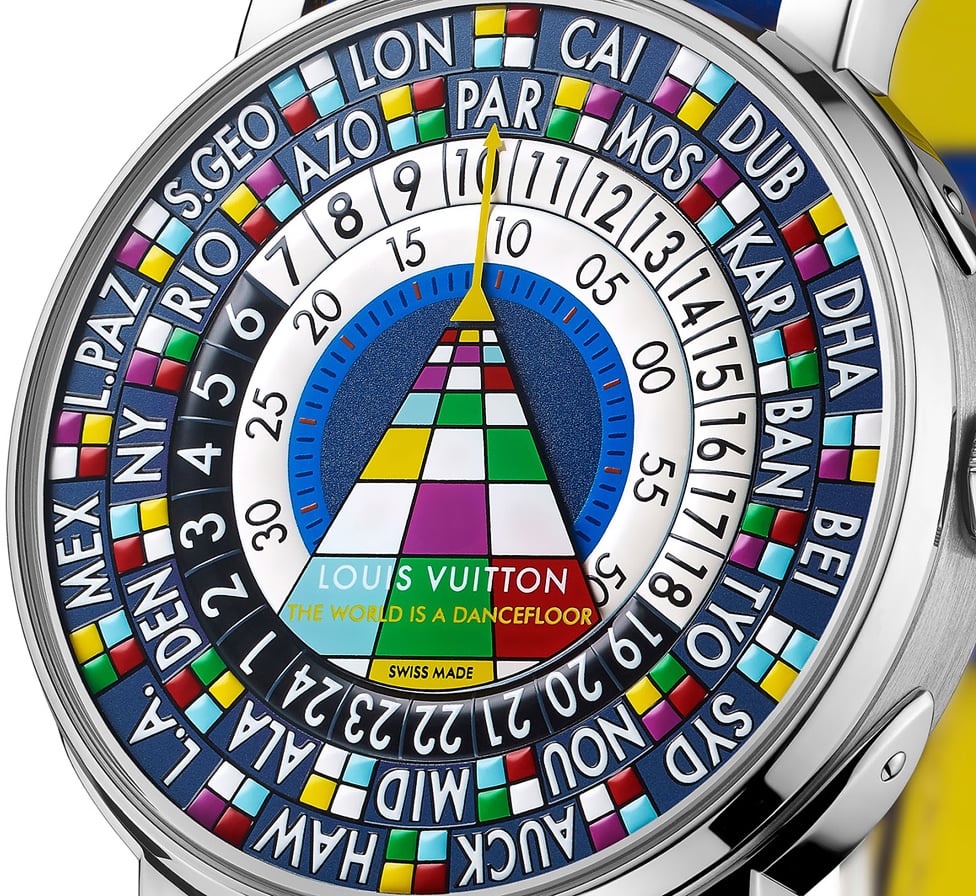 The dial is secured in an 18 carat white gold case which houses an LV 106 Calibre. The straps add more colour as a final touch with a blue alligator strap and yellow calfskin lining and orange stitching. The watch will come with an LV signature trunk in graphite Damier canvas with one of the hand-painted dance floor motif on the lid. This will be presented at the Only Watch charity auction in Basel, Switzerland on November 7, 2015. 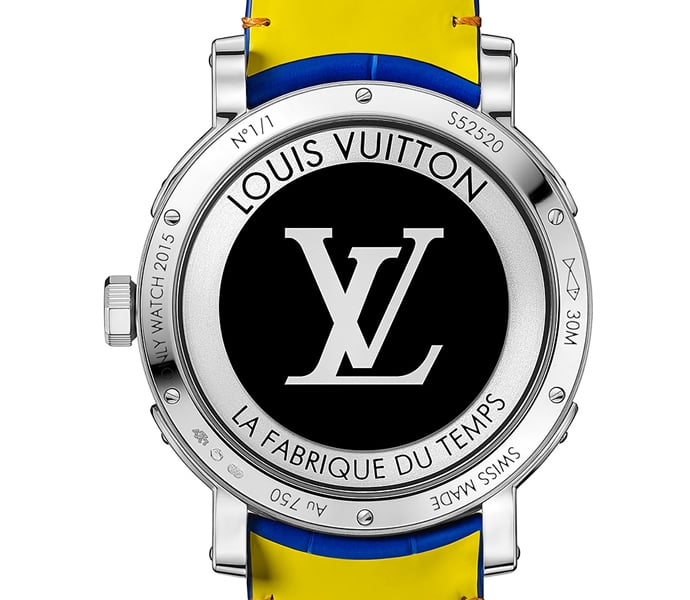 Only Watch is a biennial event first held in 2005, established by Luc Pettavino. He was the managing director of the Monaco Yacht Show, before quitting to set up the Association Monegasque Contre les Myopathies (AMCLM) after his son Paul, was diagnosed with Duchenne muscular dystrophy at the age of five in 2000. 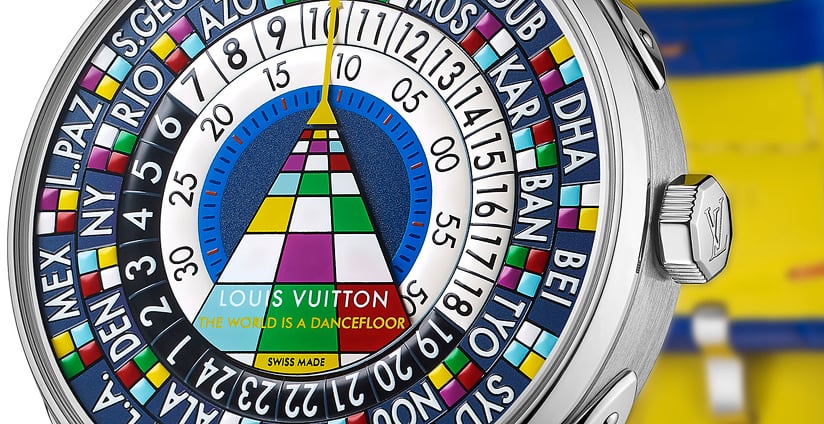 The auction soon grew popular and is considered to be the premier in watch charities. Funds collected at the auctions have been used for gene therapy research and the development of drugs to counteract Duchenne muscular dystrophy, a rare illness that affects one boy in 3,500, with a total of 250,000 children, teenagers and young adults affected the world over. It is characterised by progressive muscle weakening, which leads to respiratory and heart problems, and ultimately compromises the function of vital organs. 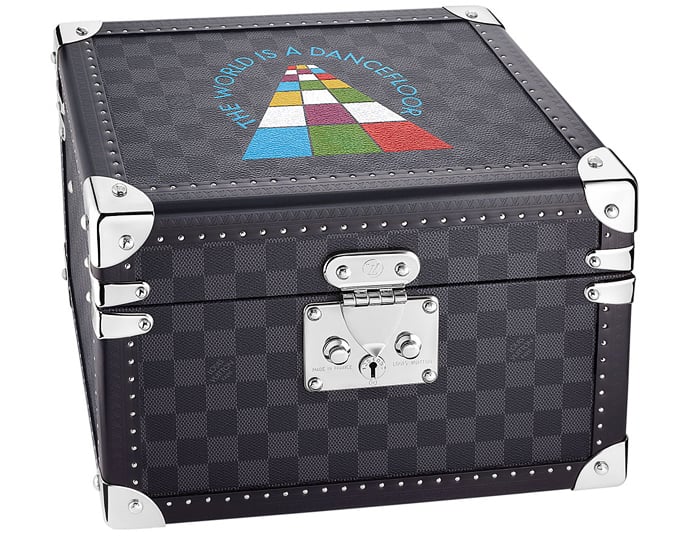