Corum seems to constantly reinvent themselves, with each new watch being more innovative than the last. They had the admirals cup Mystery Moon, the Skull clock and of course the Golden Bridge automatic. Somehow Corum has managed to top the Golden Bridge with the Golden Bridge Tourbillon Panoramique. The watch features an incredible 360° visibility as if it were suspended weightlessly at the center of the case by the signature sapphire main plate and bridges. What makes this watch truly amazing is the “flying” tourbillon, which essentially means that it has no upper fastening point, giving the impression that it is weightlessly suspended. The entire device is held in place only by the base attached by the delicate sapphire maniplte.

The ethereal mechanism has gear trains equipped with wolf’s teeth, thus ensuring that it gets associated with traditional watchmaking. The movement beats at 21,600 vibrations per hour and includes a 90-hour power reserve. The movement is housed in a tonneau-shaped case, typical of Corum’s Bridges collection. It is also water-resistant to 30 meters. 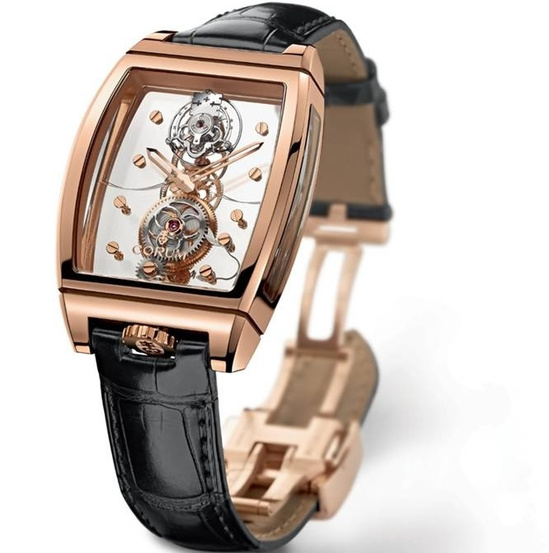 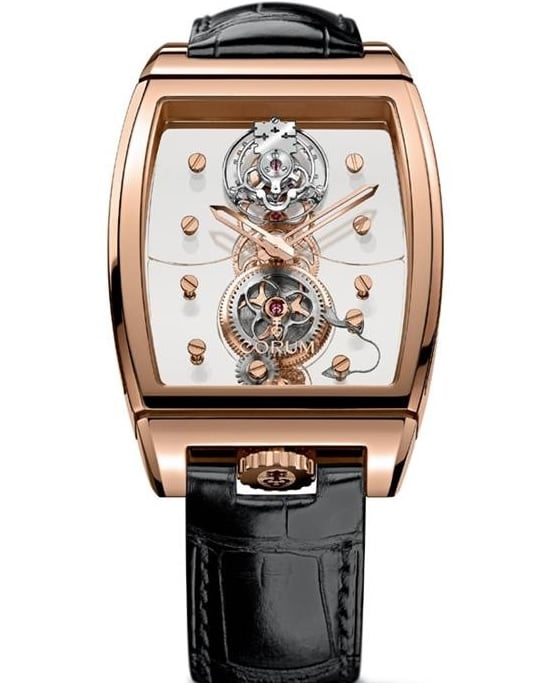 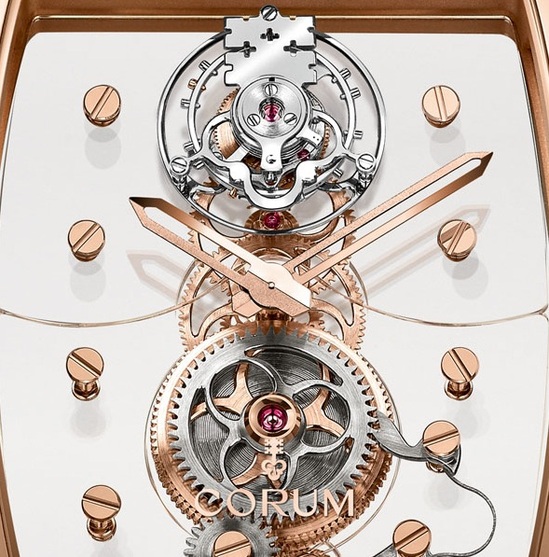 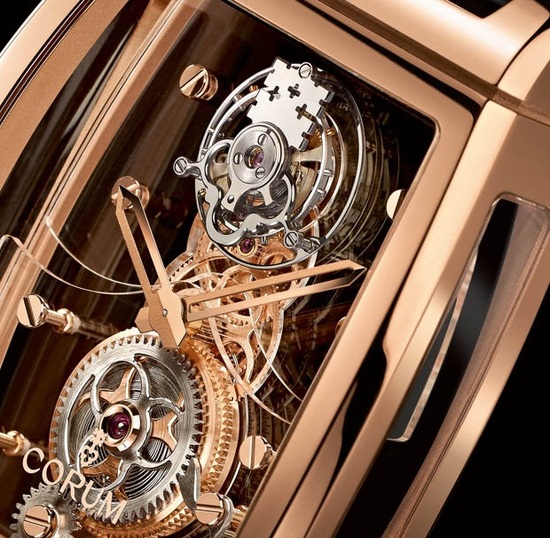 READ:  Corum to re-issue three vintage watches: The Golden Tube, The Chinese Hat and the Round Golden Bridge
Tags from the story
Corum