It’s celebration time for Corum. This year, 2010, the famed watch brand marks three special anniversaries, namely, the 55th anniversary of the brand’s creation, a half-century of the Admiral’s Cup collection and the 30th anniversary of the Golden Bridge. To celebrate these anniversaries, Corum has unveiled a 2010 anniversary collection boasting exquisite jubilee models. The 2010 novelties were launched during a private show with models and Mr. Asawin Ingkakul and his daughter Miss Pearly Lucksameekarn Ingkakul. The evening ended with a giant cake ceremony decorated with 12 nautical pennants that had been symbolically cut with a sword by Antonio Calce & Dr. Soipetch Resanond.

The event, held at the Oriental Hotel in Bangkok, Thailand, to celebrate 50 years of the iconic watch collection, saw the participation of over 300 guests who celebrated the brand’s historic success.
An anniversary collection that will attract watch lovers from across the globe it is truly a class apart. 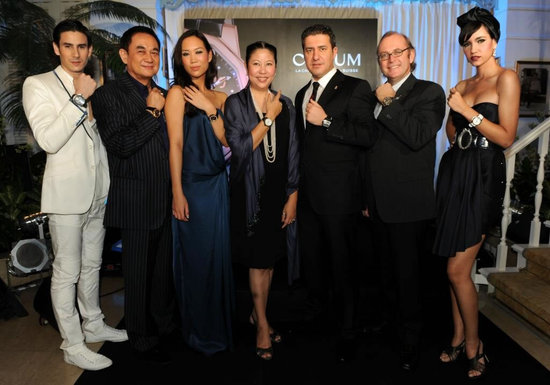 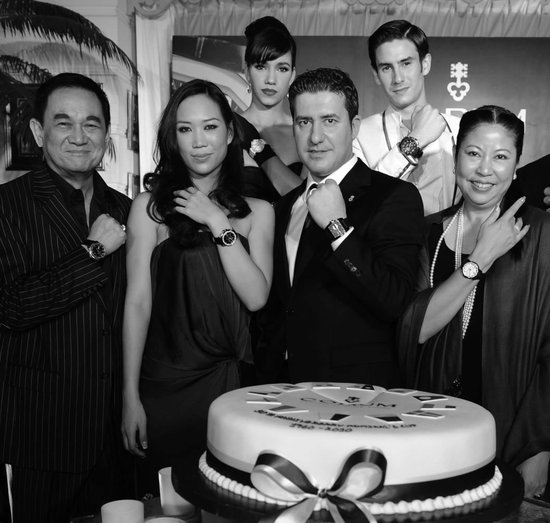 Tags from the story
Corum