Swiss luxury watch maker De Bethune is known for making timepieces with unique designs. The company has introduced watches in the past including the DB25 and DB28 which follow an astronomical theme but it’s latest work appears more like a mirror polished alien spacecraft, or more like the head of the tripod alien vehicle from the movie ‘War of the Worlds’. Named the ‘Dream Watch 5’, the watch incorporates a jump-hour display along with minutes displayed on a rotating disc. The watch also has a tiny moon phase indicator which along with the rest of the dials is visible through a tiny aperture. The smooth curvy body of the watch is made up of titanium which has been given a mirror polish.

The watch has a delta structure and the most eye-catching feature of the structure of it is the cabochon-cut ruby adorning the crown which gives it a beautiful finish. It has an uncanny resemblance with the tripod alien craft’s central eye from the Tom Cruise starter movie. The Dream Watch 5 is very compact measuring 1.9 inches wide by 1.5 inches long. The DB caliber 2144 features 329 components, but all of them are hidden neatly under the body which is beautifully crafted and looks remarkable. The watch by De Bethune is priced at 150,000 Swiss Francs ($164,000 approximately). 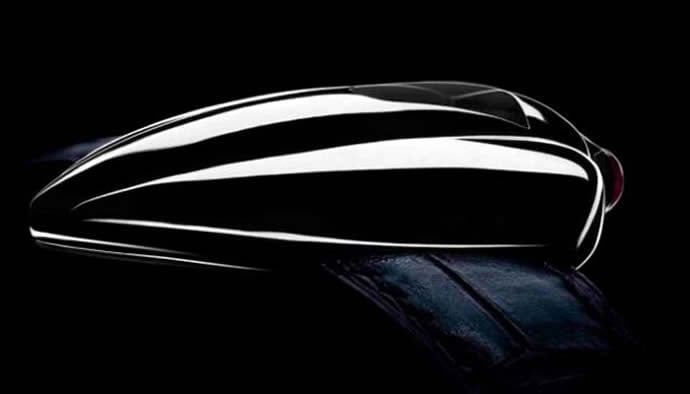 Tags from the story
De-Bethune