While luxury marquees suffered a massive financial brunt with COVID-19, Rolex UK seems to have remained unaffected. Despite the brand’s stores remaining shut for three months, it has done better business in 2020 and has reported 13% higher sales in the financial year. 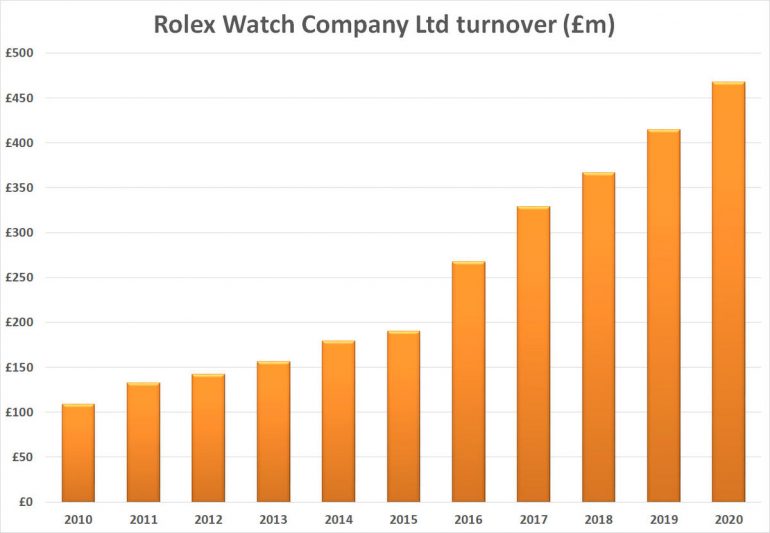 As per the accounts published by the full-service UK distributor for Rolex and Tudor in the UK and Ireland, the firm has made $638 million in numbers, compared to $564 million in 2021. If the math is done right, the figures suggest a retail sale of $1087 million for the brand.
Notably, Rolex UK’s sales have quadrupled in just ten years and more than doubled since 2016. Commenting on its position, Rolex, in a statement, said, “The growth in 2020 was due to a combination of factors including improvements in the mix, price, volume and a control on the growth of operating costs.”

A report published along with the accounts noted that ‘Covid-19 had no significant impact on the company’s operating activities apart from the ability to sponsor certain sporting events.’ It noted that Rolex UK also made a one-off donation of $2.3 million to the British Red Cross in 2020 to support their aid campaign during the pandemic.

However, this does not stand true for the performance of Rolex in other geographies. Its unit in the Swiss suffered massively amid the pandemic and is thought to have lost at least a quarter of its annual production. Overall, too, Swiss watch imports were down by 25%.

However, Rolex UK did not just report a 13% hike in sales, but it also outperformed LVMH Watch & Jewelry, which reported sales down by 9% in 2020 (in the UK). The brand’s authorized dealers, too, made a profit by watches with a higher total value than in the previous year despite the global pandemic.

This could be because customers (at least in the UK) have been prepared to buy more expensive models in deals to improve their chances of securing the more scarce pieces, which could be part of what the brand describes as “improvements in mix, price, and volume.” All in all, it has visibly been a great run for Rolex UK this financial year!