Raffles Hotel in Singapore has been around for 125 years now, and to celebrate the epic milestone, the hotel has tied up with Swiss luxury watch brand Jaeger-LeCoultre. The watchmaker has come out with two special editions of its Reverso timepiece, especially for the hotel. The two-in-one wristwatch doubles up as a bejeweled bracelet with a personalized engraving – flip the dial over, and you’re good to go. The watches also feature an exclusive engraving for the hotel that says: “Raffles Hotel 1887-2012 Singapore.” The pieces will be available in the men’s Reverso Grande Taille and the ladies’ Reverso Lady Ultra Thin variants.

The hotel named after Stamford Raffles, the place started out as a 10-room bungalow which is now a famed landmark of sorts. Its guest list boasts of names including Rudyard Kipling, Somerset Maugham and Noel Coward. 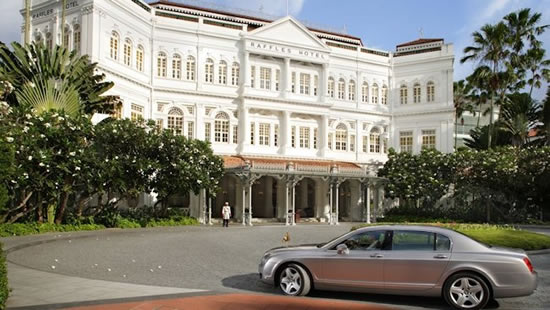