You might question a collaboration between a watch company and tire manufacturer but when the results are this good, we prefer not to! Roger Dubuis and Pirelli the Excalibur Spider Pirelli Automatic Skeleton, a race ready watch that combines a sleek aesthetic with sturdy materials. Just 88 such watches have been created. 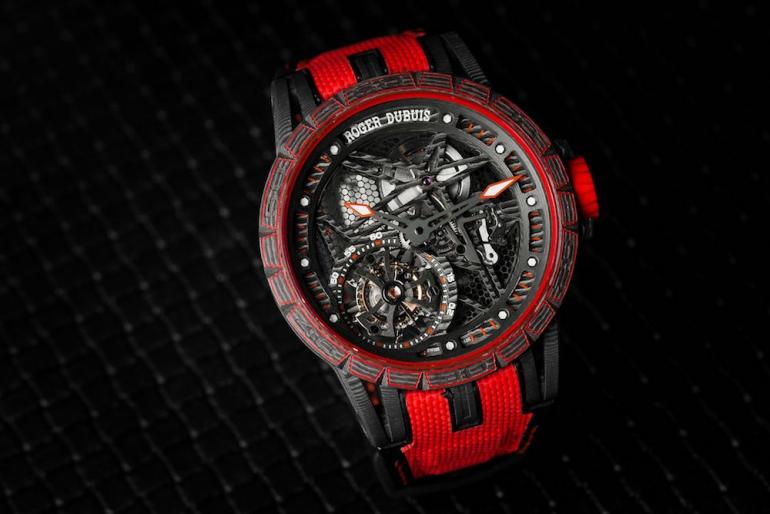 The 25 mm case is made of black DLC titanium. The movement inside is the RD820SQ in-house calibre which consists of 167 parts and meets the requirements of the “Poinçon de Genève” certification. You’ll find bright blue accents on the mostly-black watch including the blue Astral Skeleton, the titanium crown and other blue elements on the dial. The most notable part though is the use of Pirelli tyres for the strap. Each strap features a code that matches the product code (like a serial number) of the tyre. In fact, the tyres used to create these watch straps will be from actual F1 cars. 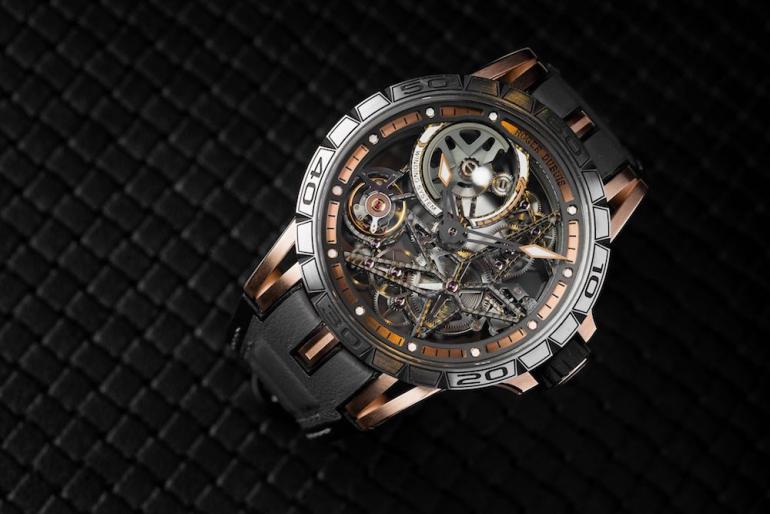 Another product of the collaboration is the Excalibur Spider Pirelli Double Flying Tourbillon which also comes in that dramatic blue/black colorway. This watch is noticeably more complex with the new RD105SQ hand-wound calibre but it also features a vulcanized rubber strap from a Pirelli tire. Only 8 units have been created so the buyers will be treated to a two-day VIP program organised by Pirelli at one of their motorsport events.

Tags from the story
Pirelli, Roger-Dubuis