Graham, the luxury watchmaker from London has many desirable watches to its credit, namely the Silverstone Stowe USA Limited Edition and the Chronofighter Oversize LA Kings timepiece. At a very auspicious occasion, celebrating 300 years of its first Orrery wristwatch made in 1713 by George Graham, the brand presents a three dimensional Tourbillon Orrery. Commemorating a legend, who produced in his time the first mechanical solar system model, the brand now in present day introduces a similar complication that has been exclusively created by Christophe Claret Manufacture in Le Locle, Switzerland. The new Tourbillon Orrery very interestingly conjugates in the watch the Moon, Earth, Mars and the Sun based on a 300-year calendar.

The Sun has been represented by a pink gold (18K) hand-engraved Tourbillon bridge with two Phoenix heads and celebrates the decoration used by George Graham. The year counter on the case back enables the wearer to identify and make the corrections for the planets (Moon: 7 years, Earth: 1156 years, Mars: 25 years). 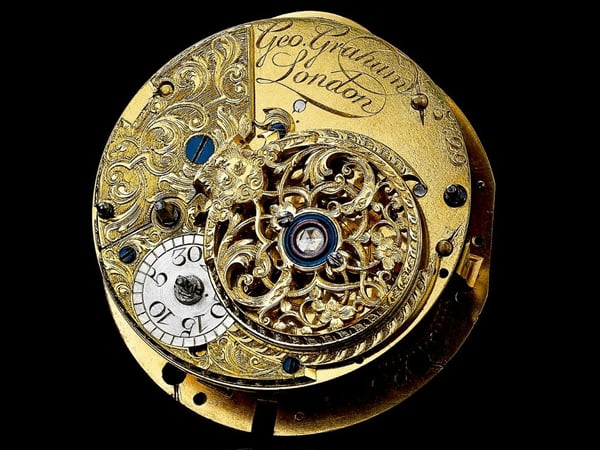 The 48 mm watch flaunts an 18K pink gold case and runs on a G1800 caliber, a high precision mechanical movement, has 35 jewels, features an Inca-bloc shock absorber, runs on a 72 hours power reserve courtesy two barrels and is water resistant up to 50 meters. It sports a hand-sewn black crocodile strap with an 18K pink gold pin buckle securing it. 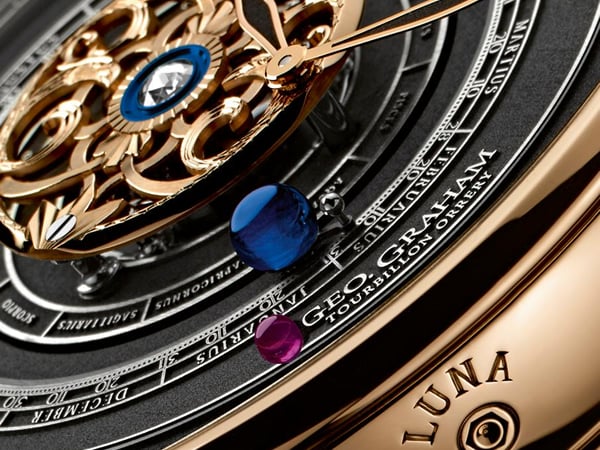 Through its mechanics, Graham has ensured that the watch would stay functional for the next 300 years.

Graham Tourbillon Orrery can be ordered for $330,000. Given how limited the numbers are, and how long it takes to make, the modern version of the first mechanical solar system model won’t be available in stores. Keen collectors can visit any Graham retailer who will be able to make the necessary arrangements.