After China, its time for Hong Kong to enter the auction arena, and this time, they are all set to bring some rare and beautiful timepieces under the hammer. And highlighting the event are two very exceptional pieces. The first one comes from Emperor Napoleon III’s collection called the Ostrich Fan Watch. The 18-carat gold chronograph dated 1855 has painted enamel and features a pearl and rose-cut diamond-set, along with a white ostrich feather fan that has a concealed watch and pencil. The watch is estimated between $100,000 and $150,000 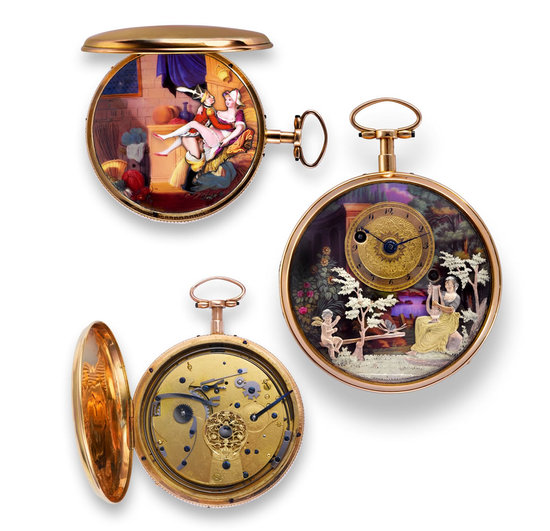 Tags from the story
Chronographs, Hong-Kong