Move over FIFA and the football Big Bang, as the Swiss luxury watch company is integrating into the world of cricket as the official timekeeper of the ICC Cricket World Cup 2015. To mark the partnership with The International Cricket Council (ICC), Hublot has introduced a limited edition Classic Fusion Chrono Aerofusion Cricket watch for game enthusiasts. 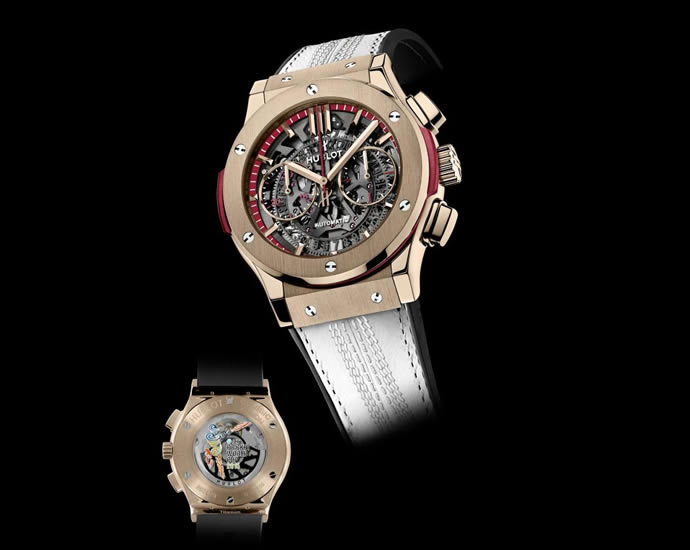 The Classic Fusion Chrono Aerofusion Cricket watch is available in two versions: a King Gold limited edition of 100 numbered pieces and a titanium edition, lightweight and more impact resistant, of 250 numbered pieces. The case, in gold or titanium, measures 45mm. It has an AR-coated sapphire crystal, a sapphire display back with the symbol of the ICC Cricket World Cup 2015, and it is water resistant to 100 meters. The movement is a Swiss automatic Hublot caliber HUB1155 with 60 jewels, 28,800 vph, and enough power reserve for 42 hours. 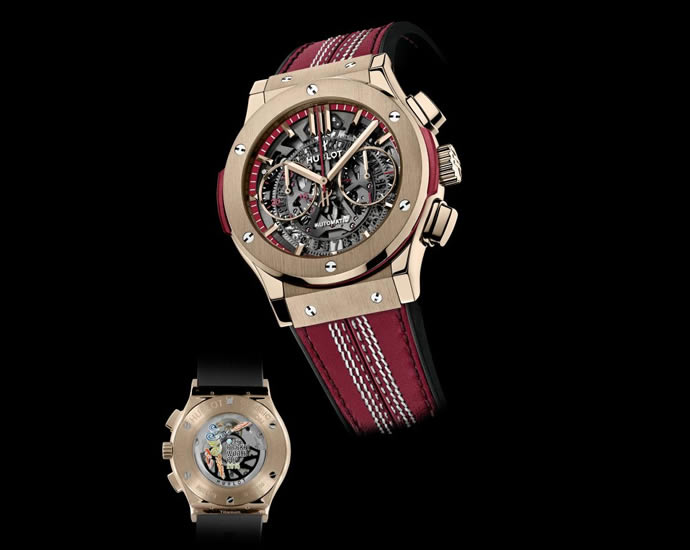 The dial is sapphire with faceted, polished ruthenium indeces, triple applique at 12 o’clock in reference to the wicket. The hands are faceted, polished ruthenium, and the hands on both counters are shaped like cricket bats. It bears on its dial four distinctive signs directly referring to cricket: on the dial, we can see at 12 o’clock a triple applique in reference to the stumps which are placed on the wicket, which is the name for one of the two sets of 3 wooden poles defended on the field by the batsmen, while the hands on both counters are shaped like the cricket bat, which is reminiscent of a short paddle and made from willow and rattan. 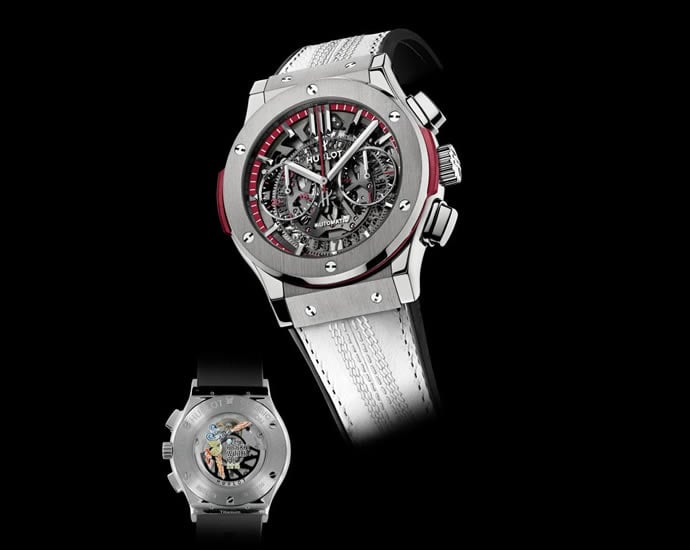 The partnership was announced at simultaneous events in New Delhi and Sydney, which was attended by Hublot Champion Ambassador Harbhajan Singh as well as ICC Chief Executive David Richardson. The company also announced Australian cricket captain, Michael Clarke, as its brand ambassador. 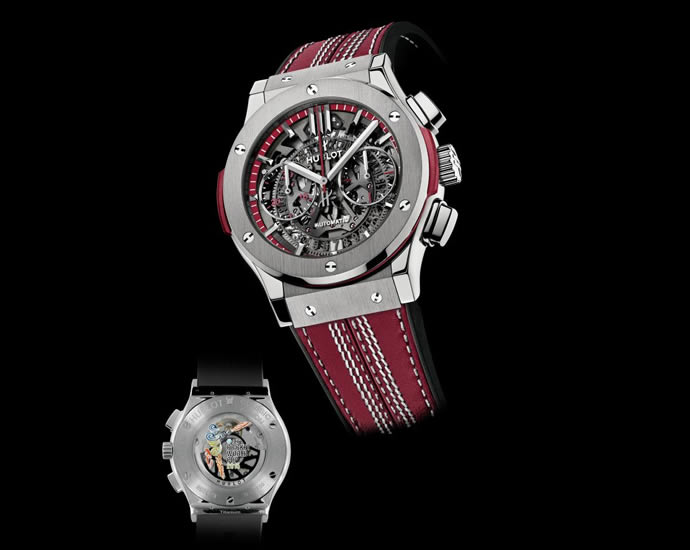 The ICC Cricket World Cup 2015 will be held across Australia and New Zealand from 14 February to 29 March 2015.