Hublot loves football just as much as we love luxury wristwatches. Being the official timekeeper of a number of world football events, including FIFA World Cup, the UEFA EURO, the UEFA Champions League and Europa League, Hublot has now unveiled a wristwatch in celebration of its love for the sport. The Hublot UEFA EURO & CHAMPIONS LEAGUE 2016 Big Bang Unico Retrograde Chronograph is perhaps one of the best tributes to the world of professional football that we’ve come across. The Swiss watchmaker has gone all out with this creation, giving it a sapphire case-back finished with the UEFA Euro 2016 or UEFA Champions League emblem. The watch’s HUB1261 movement is clearly visible through this transparent back panel. 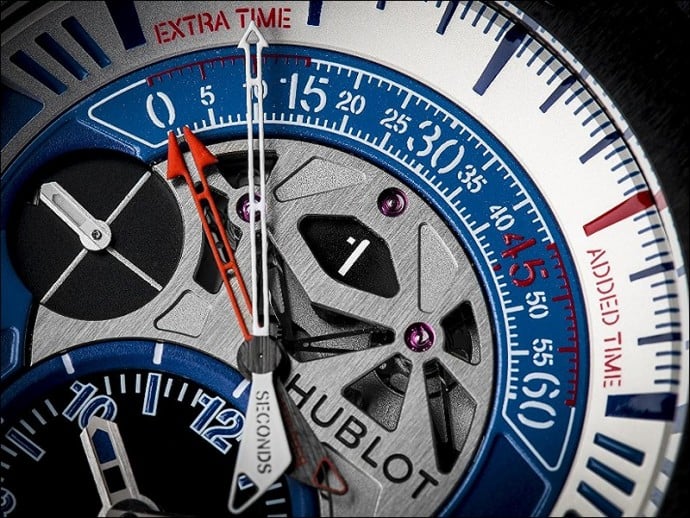 The watch uses a bi-retrograde module with a patented automatic winding, along with its UNICO manufacture caliber. This enables a wearer to time a football match, using the watch! The Big Bang Unico Retrograde Chronograph is designed to time two halves of 45 minutes each, along with the extra time taken after each half. The Euro and Champions League versions will each be limited to just 100 pieces and will sport a 45-mm diameter satin-finished case. The watches have a power reserve of 72 hours and are water resistant to 100 meters. 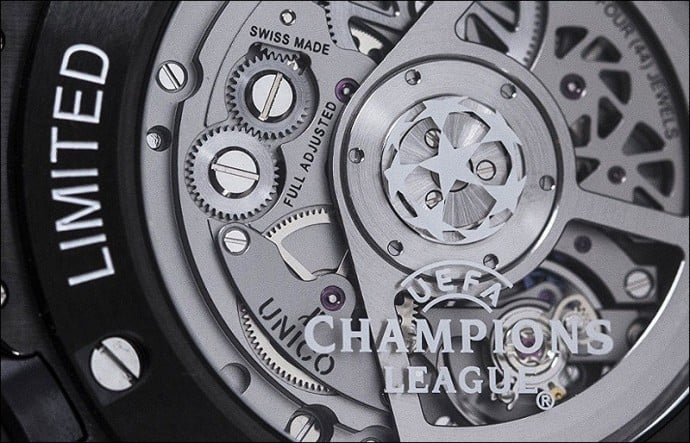 READ:  Hublot ForbiddenX comes with a dial made from tobacco leaves 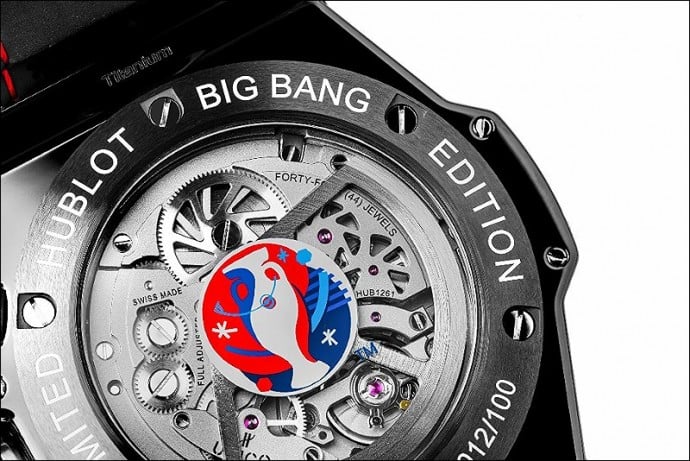 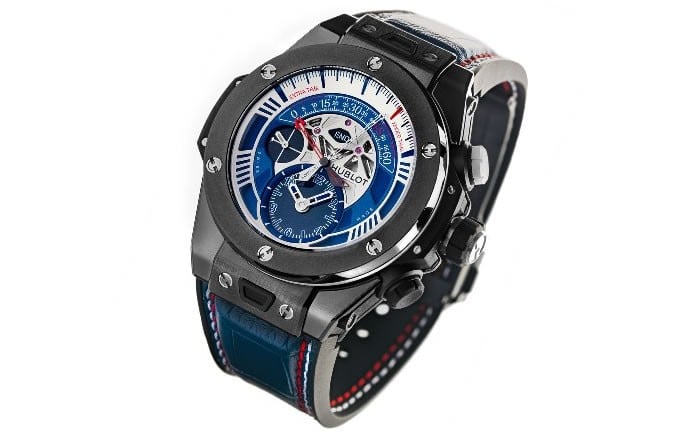