It looks like Hublot is taking its love for sporting legends and sporting events to new highs this year. After Maradona, Dwane Wade, the Brazilian F1 Grand Prix, the Yas Marina Circuit, and the NBA Miami Heat team, the King Power watch will now pay tribute to boxers. The brand will bring out a limited edition set for the World Boxing Council (WBC). Consisting 12 unique King Power “Knockout” WBC watches, each will be associated with a boxing legend. The list includes Lennox Lewis, Julio Cesar Chavez, Mike Tyson, Sugar Ray Leonard, George Foreman, Marvelous Marvin Hagler, Tommy Harns, Roberto Duran, Oscar de la Hoya, Evander Holyfield, Jeff Fenech, and Larry Holmes. The watches will be put under the hammer with proceeds going to charity, and the winners will get their watches by the boxers themselves.

The King Power chronograph sports a 48mm skeletonized dial set in 18-carat King gold. The face sports green and gold tones resembling a WBC belt. The watches are set to be auction off at the Hublot Knockout WBC watches in Las Vegas in September 2012. 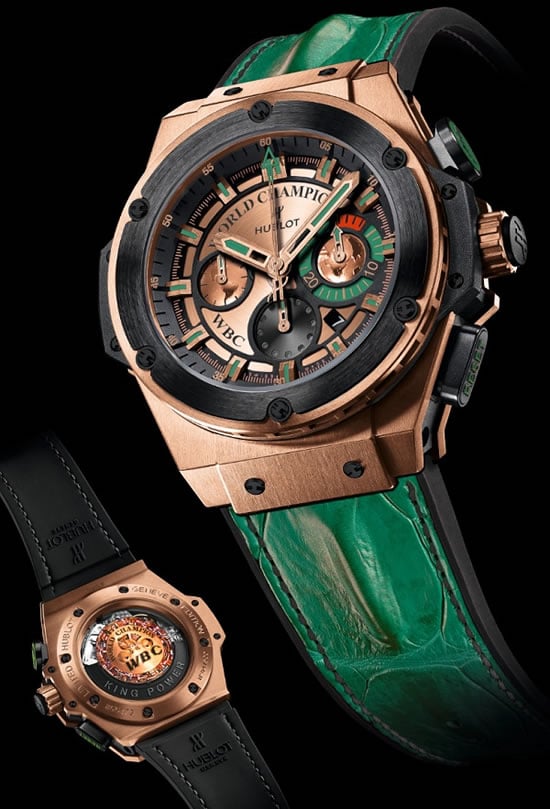 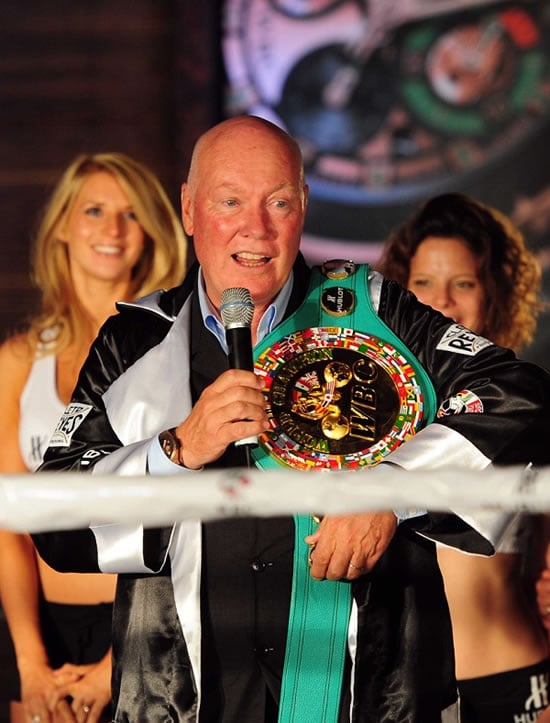 Tags from the story
Hublot, Limited-Edition