The HYT line has inspired us with its blend of mechanical and fluid mechanics through the years. The H1 line of watches from the company has just received a new addition in the form of a newly developed opaque black fluid. The watch that showcases this new fluid is rightly called “Ghost”, as it doesn’t reflect or emit any light. This means that the material is completely invisible in the dark. Thanks to the Super-LumiNova, you can read time in the dark however. The illumination is provided from underneath via a capillary. So, what you do see is not the time at night but the time remaining before the clock strikes six, as the liquid begins to move backwards. Truly magical, isn’t it? 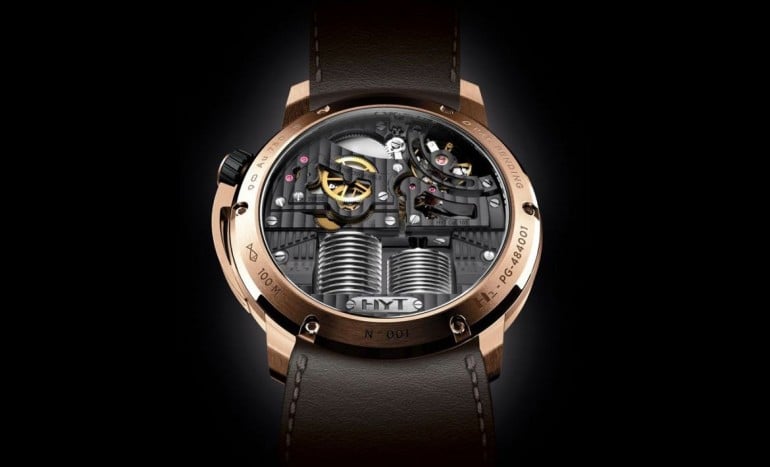 Accompanying this mysterious timepiece is the H1 “Full Gold” which leverages the same black fluid but houses it in a case made of gold in contrast to the DLC titanium case on the Ghost. It is guaranteed to be completely visible in all its H1 splendor, both in the day time and the night time.

Both pieces will come out in 50 examples each, making them rather rare. Both timepieces were displayed at Baselworld.

Tags from the story
HYT