Lange & Söhne recently celebrated a milestone anniversary with a very special watch. The 25th of October marked the 22nd anniversary of the presentation of the first Lange collection 22 years ago in the Dresden presidential palace. To commemorate the occasion, the brand launched a special edition of the Lange 1 Time Zone in honey gold. 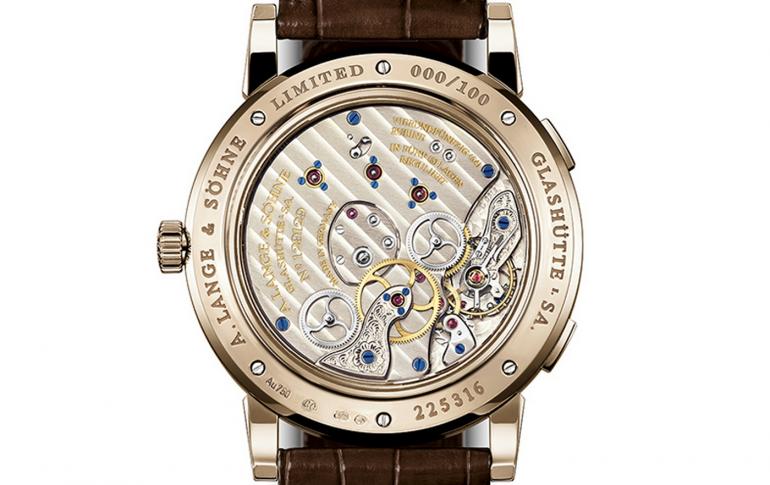 The Lange 1 Time Zone has proved to be one of the most popular models of the Lange 1 watch range since 2005. The uncluttered dial allows for a single-glance reading of home time as well as the time in a second-time zone. The time zone is set with a lateral pusher. It advances the rotating city ring with the 24 place names from west to east. This edition includes an additional detail: on the rotating ring, Dresden replaces Berlin to represent Central European Time. 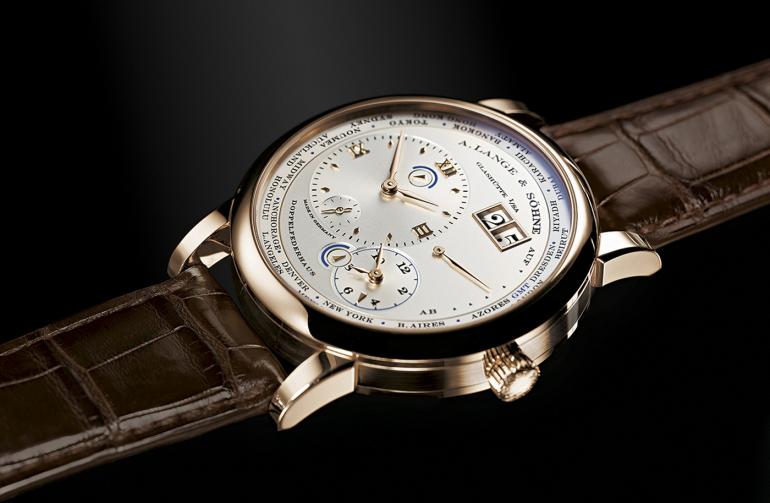 Additionally, the hour hand on the small subsidiary dial moves forward with each actuation of the pusher. An ingenious synchronization mechanism also makes it possible to transfer the zone time on the subsidiary dial to the main dial. Subtle color changes in the design of the city ring distinguish this limited edition version from the standard version. The dots between the city names and GMT are blue instead of red and the previously black peripheral ring of the second time zone has the same blue hue as well.

Only a hundred units of this elegant watch have been created, each one sporting a 41.9 mm 18 carat honey gold case. Inside is the lavishly hand-finished manufacture caliber L031.1 which has been assembled twice and has a power reserve of three days. The Lange 1 Time Zone is available exclusively in the 17 A. Lange & Söhne boutiques.