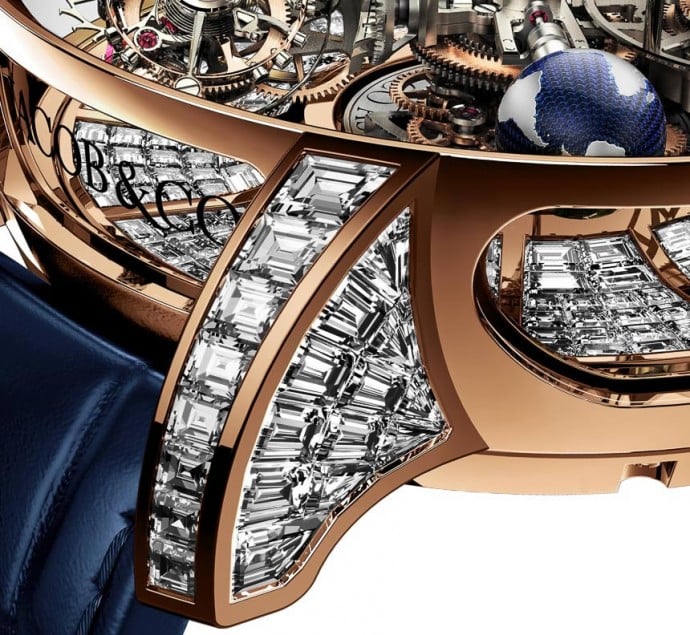 Instead of a massive bubble made out of single sapphire crystal casing the movement in the last year’s watch, the Astronomia Tourbillon Baguette timepiece has smaller pieces of sapphire crystal that are divided into a series of windows and one large one over the top. It makes the design of the watch a lot more practical. The Jacob & Co. Astronomia Tourbillon is 50mm wide and 25mm thick. The case is in 18k rose gold, and there is also a version with and without diamonds.

The movement of the watch is placed on a series of four arms that rotate around the entire dial each 20 minutes. The arms also move to create other actions such as keeping the dial to indicate the time in the proper orientation, as well as operating the tourbillion. All the elements work in perfect unison to create a genuinely astonishing piece of engineering. It doesn’t even have a traditional crown. The movement is actually set and would via two ‘bow-style’ fold out crowns on the rear of the case. The Astronomia Tourbillon watch (without diamonds) is priced at 540,000 Swiss Francs ($548,000 approximately) and price for the Jacob & Co. Astronomia Tourbillon Baguette is 1,000,000 Swiss Francs (close to $1,015,000).